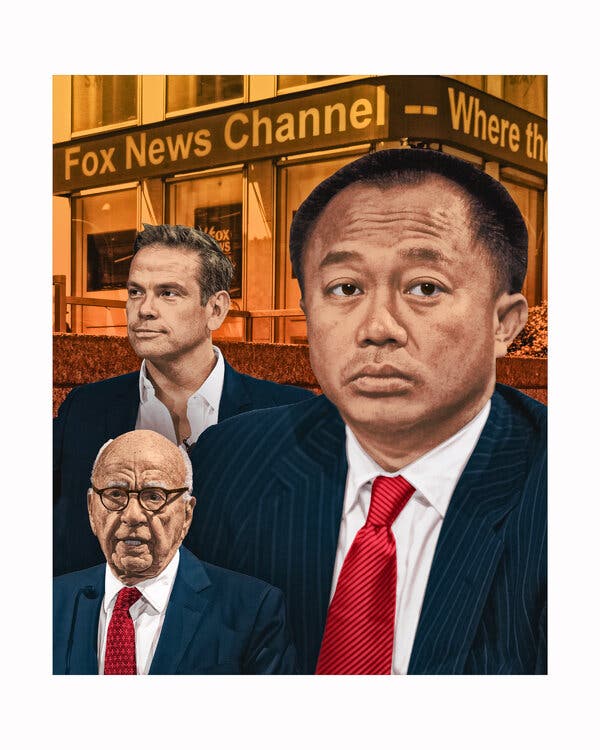 The New York Times this morning has an article on Viet Dinh, the Fox Corporation’s chief legal officer and close friend of Fox’s chief executive, Lachlan Murdoch, that portrays  Dinh as Fox’s main power center.  Here is an excerpt.

“Viet Dinh had brought on a team of lawyers to investigate “the potential improper use of Fox data” by top 21st Century Fox executives he suspected of leaking to Disney while the terms were still being hammered out, a Fox spokeswoman said. The studio’s president, Peter Rice, and the company’s general counsel, Gerson Zweifach, protested that they were merely conducting normal transition planning — and that Mr. Dinh was being so paranoid he might blow up the transaction.

The episode didn’t scuttle the deal. But the previously unreported conflict between the studio executives and Mr. Dinh, a sociable and relentless Republican lawyer who was the chief architect in 2001 of the antiterrorism legislation known as the Patriot Act, offers a rare glimpse into the opaque power structure of Rupert Murdoch’s world. The nonagenarian mogul exercises immense power, through News Corp and the Fox Corporation, in driving a global wave of right-wing populism. But basic elements of how his media companies run remain shrouded in mystery.

In the case of the Fox Corporation, the questions of who is in charge and what the future holds are particularly hazy. The company, minus its studio, is now a midsize TV company adrift in a landscape of giants like Disney and AT&T that control everything from cellular phone networks to streaming platforms, film and television. Fox’s profits are dominated by Fox News. Lachlan Murdoch’s more liberal brother, James, who no longer holds an operational role in the family businesses, has made clear he’d like to see a change.

And since the studio sold, a person who knows Lachlan Murdoch said, Los Angeles has become a less hospitable place to him and his family. If you’re a studio boss with actors and directors on payroll, Hollywood can overlook your embarrassing right-wing cable interests. But after the Disney sale, and after the Jan. 6 Capitol insurrection, Mr. Murdoch risked becoming a social pariah. James Murdoch didn’t help when he complained to The Financial Times about “outlets that propagate lies to their audience.”

Last month, Lachlan Murdoch moved his family to Sydney, Australia, an unlikely base for a company whose main assets are American. The move has intensified the perception — heightened when he stood by as Fox News hosts misinformed their audience about Covid-19 last year — that Mr. Murdoch does not have a tight grip on the reins. The company takes pains to rebut that perception: The Fox spokeswoman told me that Mr. Murdoch is so committed that he has adopted a nocturnal lifestyle, working midnight to 10 a.m. Sydney time. (She also said it would be “false and malicious” to suggest that Mr. Dinh is exercising operational control over Fox’s business units.) It’s such a disorienting situation that one senior Fox employee went so far as to call me last week to ask if I knew anything about succession plans. I promised I’d tell him if I figured it out.

But Mr. Dinh, 53, was ready to step in, and indeed has been seen internally as the company’s leader since before Mr. Murdoch headed across the globe.”