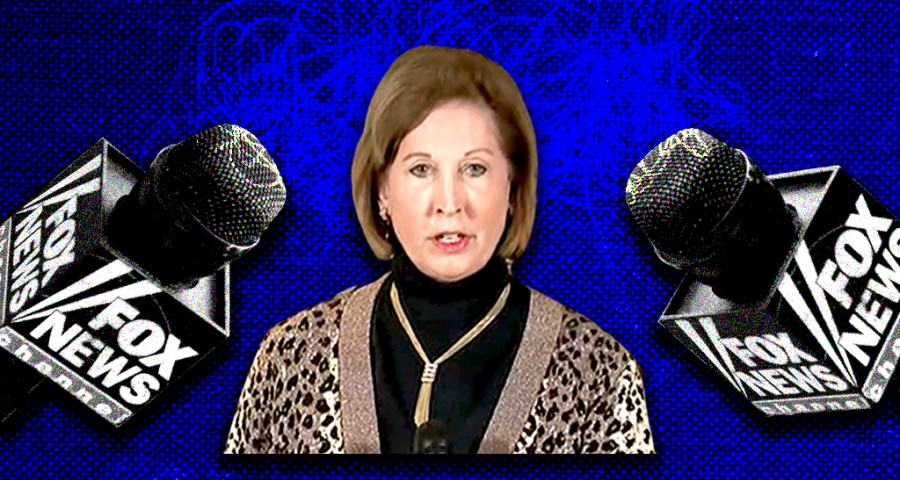 Donald Trump’s former campaign lawyer Sidney Powell is backtracking on her claims that voting machines were rigged in favor of now-President Joe Biden in the 2020 election.

Powell is claiming in a new court filing that reasonable people wouldn’t have believed as fact her assertions of fraud after the 2020 presidential election.

The election infrastructure company Dominion Voting Systems sued Powell for defamation after she pushed lawsuits and made appearances in conservative media on behalf of then-President Donald Trump to sow doubt about the 2020 election results. Dominion claims that Powell knew her election fraud accusations were false and hurtful to the company.  As reported by CNN.

“In the filing, Powell’s attorneys write that she was sharing her “opinion” and that the public could reach “their own conclusions” about whether votes were changed by election machines.

“Given the highly charged and political context of the statements, it is clear that Powell was describing the facts on which she based the lawsuits she filed in support of President Trump,”

“Indeed, Plaintiffs themselves characterize the statements at issue as ‘wild accusations’ and ‘outlandish claims.’ They are repeatedly labelled ‘inherently improbable’ and even ‘impossible.’

Such characterizations of the allegedly defamatory statements further support Defendants’ position that reasonable people would not accept such statements as fact but view them only as claims that await testing by the courts through the adversary process.”

Election authorities and Dominion have resoundingly called Trump’s loss in the election accurate and untainted by any possible major security risks. Trump’s lawyers and his allies quickly lost or dropped all but one minor case out of nearly 60 following the election, as the then-President sought to overturn Joe Biden’s win in multiple key states.

Though the Trump campaign had sought to distance itself from Powell after she held a conspiracy-filled news conference with his other attorneys, Trump had told people he liked Powell’s arguments and wanted to see more of her on television.

In one chaotic Oval Office meeting in December, Trump said he had considered naming her as a special counsel to investigate voter fraud allegations

Besides Powell, the meeting included her client, former Trump national security adviser Michael Flynn, two people familiar with the matter previously told CNN, describing a session that began as an impromptu gathering but devolved and eventually broke out into screaming matches at certain points, as some of Trump’s aides pushed back on Powell and Flynn’s more outrageous suggestions to overturn the election.

The following day, Trump’s campaign legal team sent a memo to dozens of staffers instructing them to preserve all documents related to Dominion Voting Systems and Powell, in anticipation of litigation by the company.

The lawsuit — filed in January — outlined Powell’s TV appearances and online posts in extraordinary detail, including when she repeated her unfounded beliefs that Dominion was linked to communist Venezuela and Georgia officials were in on election fraud.

“Emboldened by Trump’s endorsement of her false accusations, which launched her into political superstardom, Powell’s defamatory media campaign continued and intensified” with her media appearances, Dominion alleged in its lawsuit.

A former federal prosecutor based in Texas, Powell rose to prominence through her criticism of the Robert Mueller investigation and her promotion of right-wing conspiracy theories about a range of topics on social media.

Powell also claims in court that her statements about the 2020 election were a “matter of public concern” about a publicly known company, Dominion, and thus protected speech.

Her attorneys also claim she had a right to make accusations because she was acting as an attorney for the Trump campaign, even during her right-wing TV appearances. As a result, Powell is asking a judge in Washington, DC, to dismiss the case, or to allow it to be moved to the federal court in Texas.”

I am not an attorney but Powell’s defense seems outlandish.  Maybe she should ask Rudy Giuliani to be a witness in her case.