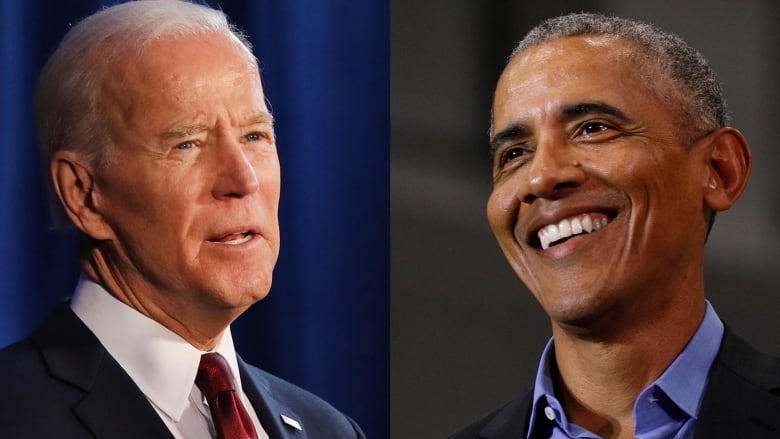 Maureen Dowd in her column today looks at President Joe Biden and compares him to Barack Obama, and concludes that the old pro is demonstrating a lot of new tricks.  Here is an excerpt.

“So now comes a delicious twist: President Biden is being hailed as a transformational, once-in-a-generation progressive champion, with comparisons to L.B.J. and F.D.R. aplenty, while Obama has become a cautionary tale about what happens when Democrats get the keys to the car but don’t put their foot on the gas.

The collective smirk was wiped off the face of Obamaworld this past week, as former aides expressed their irritation at the retrospective dissing, and while Biden’s inner circle enjoyed an unfamiliar sensation: schadenfreude. Now the friendly fire once aimed at Biden is coming toward Obama.”

Provocative take on Biden especially the comparisons to FDR and LBJ.  The entire column is below.

Joe Biden never had a seat at the cool kids’ table at the Obama White House.

Heading into 2016 and 2020, if you told the hotshots from Obamaworld that you thought Biden would be a good candidate, they would uniformly offer a look of infinite patience, tolerance and condescension and say something like, “Well, I could understand how someone would think that.”

The message was unmistakable: Biden was not part of the Obama entourage. He was sort of a goofball and windbag. He was a member of an older, outmoded generation. In other words, uncool.

The West Wing attitude was that Biden should simply be grateful that the Great Obama had handed him a ticket to ride. Biden was viewed as a past-his-sell-by-date pol who needed the president’s guiding hand to keep Uncle Joe from making a fool of himself as vice president.

In 2012, Biden faced “friendly fire” from the West Wing, as one outraged Biden family member put it to me back then. Obama aides were furious when Biden went on “Meet the Press” and made a glorious gaffe, blurting out support for gay marriage while his boss was still dragging his feet. They trashed him anonymously to reporters, froze him out of meetings and barred him from doing some national media.

“Being managed into a box by Obama’s cocky campaign team only exacerbated Biden’s innate insecurity and drive for independence,” Glenn Thrush wrote in Politico in 2014.

In eight years, Biden said in a recent reveal that stunned Anderson Cooper — and left Washington gasping — he and Jill were never invited by the Obamas to their private digs in the White House.

Despite a secret poll to see if he should be dropped as veep in favor of Hillary in 2012, despite being pushed aside by Barack Obama for Hillary in 2016, and despite not getting an endorsement from his erstwhile partner in his uphill primary fight in 2020 until he was the last candidate standing, Biden refused to go gentle into that good night, to quote one of his favorite lines of poetry.

With a boost from Black Democrats, if not the most famous one, Biden achieved what pretty much no one — especially bratty Obama disciples — had thought possible. At 78, nearly half a century after he arrived in D.C. as a senator, he became the oldest man ever sworn in as president.

So now comes a delicious twist: President Biden is being hailed as a transformational, once-in-a-generation progressive champion, with comparisons to L.B.J. and F.D.R. aplenty, while Obama has become a cautionary tale about what happens when Democrats get the keys to the car but don’t put their foot on the gas.

The collective smirk was wiped off the face of Obamaworld this past week, as former aides expressed their irritation at the retrospective dissing, and while Biden’s inner circle enjoyed an unfamiliar sensation: schadenfreude. Now the friendly fire once aimed at Biden is coming toward Obama.

All month long, Democrats have been trashing Obama for the size of his itty-bitty 2009 stimulus bill — Chuck Schumer called it “small” and “measly” — and his refusal to sell it to the public.

Now, after President Biden passed the $1.9 trillion cornucopia of liberal delights, Democrats are thinking that if he keeps it up, they’ll soon be picking up their chisels to carve his face on Mount Rushmore, right in the spot Obama must have been picturing for himself.

Creaky, old-fashioned Joe moved fast and broke things. Unlike the sleek, modern Obama, who kept trying to work with obstructionist Republicans, Biden blew them off, calling it “an easy choice.”

Progressives, who had fretted that Biden would govern in a centrist hell, trapped in a sepia, split-the-difference Washington where Mitch McConnell would eat his lunch, were pleasantly surprised.

The lackluster Democratic response to the Great Recession, Alexandria Ocasio-Cortez told The Times’s Astead Herndon, “created so much damage economically, for people, but it also created a lot of political damage for the party.”

Obama’s failure to go big and to send the tumbrels rolling down Wall Street certainly greased the runway for Donald Trump. The paradox of Obama is that Americans embraced radical change by electing him but then he held himself in check, mistakenly believing that he was all the change they could handle.

As vice president, Biden worried that the Obama and Valerie Jarrett crowd at the cool table were too cerebral sometimes, that they’d rather be right than win.

Once Obama had spoken, he expected others to come along. If the policies were good, they’d sell themselves. The president, as it turned out, hated politicking. The idea that he had to sell his agenda was so anathema to him that — shockingly — he had to get Bill Clinton to do it for him at the 2012 Democratic convention. Obama joked that his predecessor would be the new “Secretary of Explaining Stuff.”

Obama seems more comfortable as Netflix talent, sitting pretty with celebrities and chit-chatting with Bruce Springsteen in their new Spotify podcast, “Renegades: Born in the USA.”

Biden, by contrast, is a natural-born salesman, the son of a salesman, who loves nothing more than to mingle with the masses.