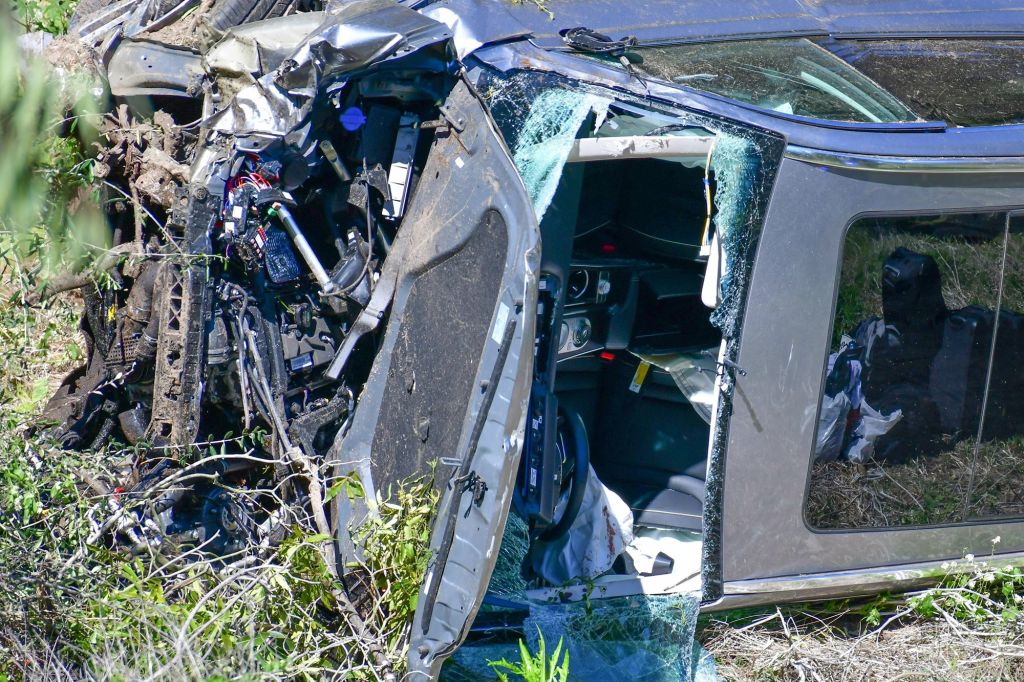 Tiger Woods was seriously injured in a single-car rollover crash in Los Angeles yesterday after leaving his hotel for a television shoot.  Photos  (see above) from the scene showed Woods’ vehicle rolled over on its side on a hillside away from the road.

Woods was the only person in the car, according to the Los Angeles Sheriff’s Department. Lt. Michael White told reporters that his injuries are not life-threatening. His agent Mark Steinberg announced that Woods underwent surgery afternoon.

According to the Los Angeles Times, Woods suffered a shattered ankle and two leg fractures, one of them compound. Deputy Carlos Gonzalez, who was first on the crash scene, told reporters that Woods was “very fortunate … to come out of this alive.”

News of the crash sent shockwaves through the sports world and beyond. CNN devoted over 100 minutes of its two-hour news prime news coverage from 5:00 – 7:00 pm last night covering Woods accident. President Barack Obama as did athletes from across the sports spectrum sent well wishes to Woods as details of the crash emerged (see tweets below).

Woods is a special golfer and a special person.  We wish him  a speedy recovery!

Sending my prayers to @TigerWoods and his family tonight—here’s to a speedy recovery for the GOAT of golf. If we’ve learned anything over the years, it’s to never count Tiger out.

Praying for my brother@TigerWoods as we all anxiously await more news. Thinking of him and his entire family. ———————-

Stephen Curry @StephenCurry30
Heal up quickly @TigerWoods! Praying for you and your family. God is in control always. Stay strong
———————-
Phil Mickelson @PhilMickelson 11h
We are all pulling for you, Tiger. We are so sorry that you and your family are going through this tough time. Everyone hopes and prays for your full and speedy recovery.
———————-
Share on FacebookShare on TwitterShare on Linkedin