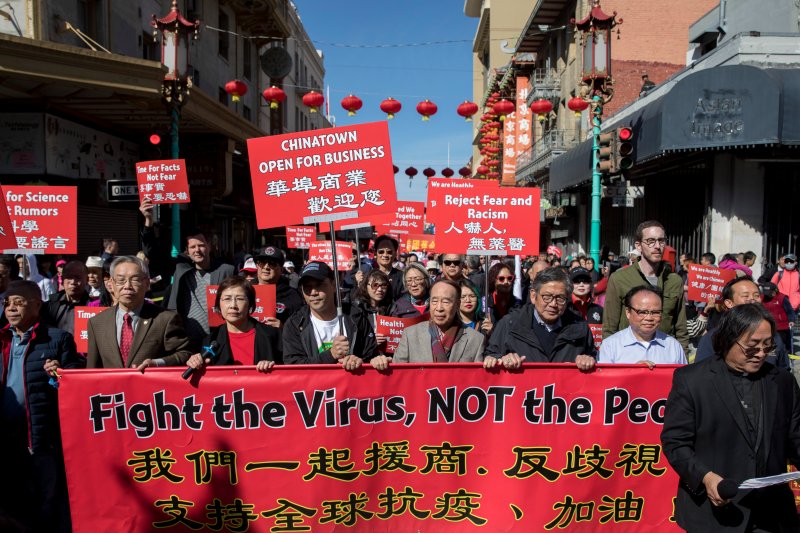 Across the country, we are seeing a disturbing wave of anti-Asian violence in recent weeks, including robberies, burglaries and assaults targeting older Asian American and Pacific Islander (AAPI) individuals.

Here in New York, Noel Quintana, who is 61and Filipino American, was slashed in the face during a subway confrontation. In San Francisco, 84-year-old Thai American Vicha Ratanapakdee died from injuries after he was pushed to the sidewalk. In San Jose, Calif., a 64-year old Vietnamese American woman was robbed of $1,000 in cash.  And in Oakland, Calif., a 91-year-old man was shoved to the ground in a string of more than 20 robberies and assaults reported to the city’s Chinatown community leaders ahead of the Lunar New Year.

We need to support our Asian American colleagues amid the recent wave of anti-Asian violence.  Here is a call to assist Asian Americans courtesy of CNBC.

The incidents come more than a year after many Asian Americans began experiencing Covid-related racism fueled by xenophobia, as well as former President Trump’s repeated use of a racist description of the coronavirus. Stop AAPI Hate, a national coalition documenting and addressing anti-Asian discrimination during the pandemic, received over 2,800 firsthand accounts of anti-Asian hate between March 19 and Dec. 31, 2020.

The violence has already discouraged some parents from sending kids back to school for in-person learning, and kept Asian American residents and their allies on high alert.

Yet despite increasing calls for public awareness and action, many advocates say employers aren’t doing enough provide support for AAPI employees who may be impacted by the news, or to recognize their own anti-Asian discrimination within the workplace.

To be sure, widespread workplace discussions of racial discrimination are relatively new, following decades where shying away from race, politics and religion at work were the norm. But as many people saw following racial justice movements in the summer of 2020, employees expect their organizational leaders to speak up on the issue.

“First and foremost, you should absolutely have these conversations with your employees,” says consultant and author Kim Tran. “I don’t think enough people have conversations about what’s happening in real life and how that impacts your ability to do your job.”

Furthermore, inclusive workplaces have a responsibility to acknowledge the the recent wave of anti-Asian violence and the racial trauma employees may be feeling, adds Michelle Kim, CEO of the diversity training provider Awaken.

Tran and Kim spoke with CNBC Make It to offer tips for leaders and peers to better support their Asian American colleagues right now.

Confronting the trauma of anti-Asian violence

One reason why more people aren’t speaking up on the news, whether they’re Asian American or not, may be due to a continued erasure of AAPI discrimination in the U.S. through what’s known as the model minority myth, which holds the economic advancement of some Asian American individuals as a measure that AAPIs as a whole don’t experience racism.

“Part of the myth is that we stay quiet, we’re apolitical, that issues we’re experiencing are not valid or are not attached to our race,” Kim says. “There’s a continual investment in upholding this myth, and we need to question who benefits from it, because it’s not us or other marginalized people.”

Whether related to perceived cultural norms or otherwise, some Asian Americans may feel the need to power through the normal routines of their day despite the many challenges of living through a pandemic, and on top of increased violence targeted toward people who look like them and their families.

To Asian Americans feeling this way, Kim says, “I really hope people are able to take the space and time they need to process what they’re feeling, and to not minimize or invalidate that for themselves.

“My wish for them is to be able to create space to grieve and process trauma,” she continues, “and do that in community so they’re not alone — if they can to reach out to people, even if it’s coworkers, friends, on social media or getting involved with grassroots organizations — be in community with other people who understand your pain.”

Tran adds that Asian Americans concerned about the news and how it’s impacting them should check in with themselves first: “Sometimes there are days I feel like this can power me through the work I do, because I do work on equity and racial justice. And sometimes I just want some space around it and to take a day off. You have to be your own judge when it comes to stuff like that.”

If your workplace has practices around taking time for yourself, like mental health days or flexibility to extend deadlines or rearrange meetings, consider using those resources.

If you feel taking time to prioritize your wellbeing could impact your job performance, you may want to bring that up with a manager. Doing this may feel uncomfortable, so Tran suggests connecting your needs to your organization’s commitments to values like equity and belonging.

“This is something that explicitly creates diversity and inclusion — if there’s space for employees to say, ‘Hey, it’s Lunar New Year, and there’s an uptick in increased anti-Asian violence, and I’m not doing well,’” Tran says. “Organizations should be able to provide that space.”

What colleagues can do to support their AAPI peers

Non-Asian American friends and colleagues can show support by checking in with AAPI peers, showing they’re aware of the news, demonstrating care for their wellbeing and offering specific forms of help.

Asking someone an open-ended question — “how are you feeling?” or “is there anything I can do for you?” — can create an emotional burden for the recipient in their response.

Instead, as a coworker, you might acknowledge that the news is distressing, and then offer to take a meeting off their plate, extend a deadline or pitch in on a project, Tran says. Let the person impacted dictate how they want to do their work, she adds, and at the same time be explicit in your offer of support based on what they need.

What leaders can do

The simplest thing managers and organizational leaders can do for their Asian American employees is to use their privilege to acknowledge the recent news of anti-Asian violence, and give space for impacted individuals to process, grieve and heal.

Given the current crisis, Kim says, “I think that’s an important space that people are craving right now, a sense of community and being seen, and not being gaslighted for feeling traumatized or reacting to the trauma we’re seeing unfold.”

With that said, both Tran and Kim stress the need to turn to people knowledgeable about the experience of being Asian in America — and the ongoing history of activism within the AAPI community — to facilitate a discussion in a productive way.

This may mean hiring and bringing in outside resources.

“In talking to other diversity, equity and inclusion leaders,” Kim says, “what I’m noticing is a vast majority don’t know how to talk about issues around Asians of America in a nuanced and complex way. There’s such a lack of existing knowledge and practice around how we talk about this.” She adds that unless leaders have been active in studying the history of and being involved in conversations about the Asian experience in America, “most people end up focusing on race as a very Black and white issue.”

Tran adds that, if you lead a workplace that rarely discusses racial discrimination, especially as it relates to anti-Asian racism, to give advance notice that you’re hoping to open a forum for that discussion, and to also bring in the right resources to facilitate it.

How workplaces can address anti-Asian discrimination

Workplaces can also use this time to examine how anti-Asian discrimination in the U.S., which dates back to the 1800s, permeates in the modern workforce, such as in hiring (AAPIs are overrepresented in low-wage service work), pay inequities (AAPIs have the highest income inequality of any racial or ethnic group) and promotions practices (white-collar AAPIs are the least likely demographic to be promoted into leadership).

Indeed, a company’s offerings — from pay and paid leave, to health coverage and even office geography — can impact workers’ financial security beyond the workplace, particularly for marginalized individuals. “Things provided by the workplace are so interconnected with our identities,” Kim says, “it would be a gross misunderstanding if companies think they have no place or a responsibility to have these conversations.

“Anything concerning marginalization has a place to be discussed in the workplace, because the workplace repeats all the same patterns we see in society at large,” she adds.

What everyone can do to be an ally

There are plenty of ways to get involved in taking a stand against anti-Asian racism.

In response to recent incidents, Chinatown coalitions have formed foot patrols to aid elderly residents during outings. Organizers view it as a community-led response to violence and an alternative to increased policing, which some say would disproportionately harm Black and undocumented residents. A simple internet search can get you connected to volunteer efforts, Tran says.

Additionally, Chinatown businesses nationwide have been hit disproportionately hard during the pandemic between decreased foot traffic and rising anti-Asian xenophobia. Supporting your local Chinatown’s restaurants, supermarkets and other shops can help these ethnic enclaves and their residents, who are statistically more likely to be living in poverty, get by.

“Get involved, and if you can’t, send money,” Tran says. This list from New York magazine shares 45 ways to donate in support of Asian communities.

Asian American communities have a long history of organizing to end racism targeted toward AAPIs as well as Black, Indigenous, LGBTQIA, immigrant, low-income and other marginalized communities. Kim suggests learning about this history — this five-part PBS special is a good place to start — and supporting the ongoing work of advocacy groups, including Asian Americans Advancing Justice, AAPI Women Lead, Stop AAPI Hate and countless others.

“I’d love to see people get engaged for the long haul, not just in this moment of crisis,” Kim says. “We see it all the time, even with the Black Lives Matter demonstrations, people pay attention when there’s a traumatic event, but after the news cycle is over you have to keep asking: What are you going to do to continue your commitment to being anti-racist?”

“Anti-Asian violence in the U.S. stems back to the 1800s,” Tran adds, “so this isn’t new and this isn’t going anywhere until we make big changes to how we experience things like housing and economic precarity. I want all of us to be in the struggle for racial justice and equity together — that’s the only way we’ll see things shift and change.”