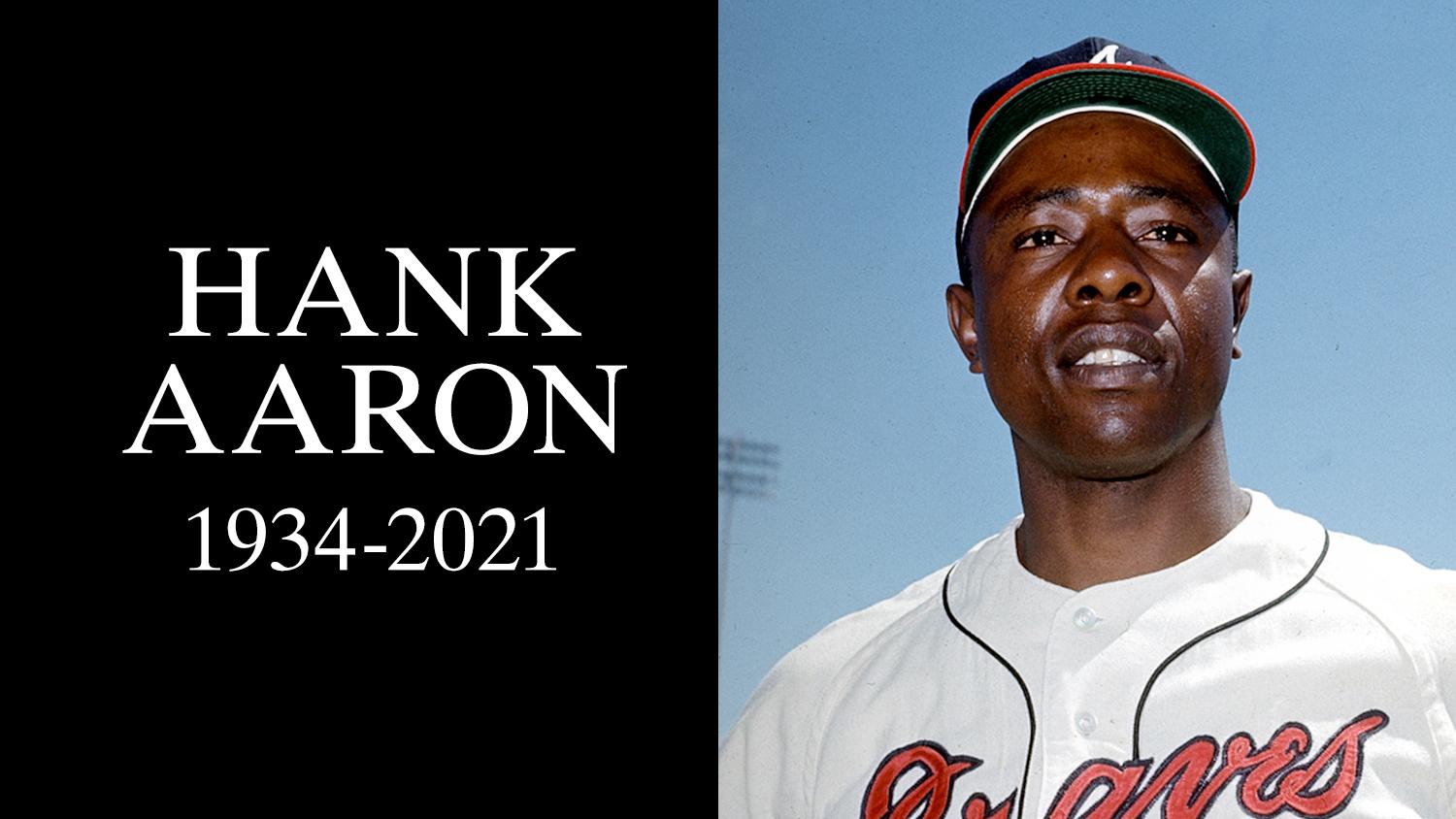 Growing up in the 1950s and 1960s in New York where we had Mickey Mantle and Willie Mays (until the Giants moved to San Francisco), and Roger Maris, rooting for our home run kings was easy.  They had good days and soso days.  Hank Aaron playing in Atlanta was something else.  He seemed to have good days everyday at least on the baseball diamond. Hank Aaron ignored the bigots, despite an avalanche of vicious letters and threats when he approached Ruth’s record. His 755 home runs made him  the king of the diamond for the ages.  Aaron died yesterday at the age of 86. Below is his obituary courtesy of John Schulian of  The Daily Beast and the Associated Press.

It never took Hank Aaron long to circle the bases after he had hit another of the home runs that became both his signature and his burden. Even on that April night in 1974 when he smote his 715th to eclipse the Big Bam himself, Babe Ruth, as baseball’s all-time home-run king, it was business as usual. No bat flip, no schoolyard prancing, no pointing toward the heavens to suggest that a higher power had ordained this moment. That was how future generations would celebrate. Aaron, a product of a flintier time, kept his smile in his hip pocket.

The Los Angeles Dodgers’ infielders reached out to touch history by shaking hands with him anyway. The unwritten code that said all friendship ceased with a game’s first pitch had fallen by the wayside. Then two college kids bolted out of the stands in Atlanta Stadium to flank Aaron as he neared third base, shouting congratulations and slapping him on the back until security corralled them.

Aaron said later they had startled him, that he wasn’t sure what they were going to do even though he was in the city that revered him as Hammering Hank of the Braves, a mortal lock for the Hall of Fame and the drawing card for a team that had abandoned Milwaukee for the New South. It was an elephant-in-the-room admission that ran counter to the excitement swirling around him. The 53,775 eyewitnesses packed into the ballpark were serenading him with hallelujahs and Vin Scully was on national TV waxing eloquent about a Black man’s triumph in a white man’s world. But there was one thing Aaron had learned along the way and that everybody else, no matter how well-intentioned, seemed to have forgotten: God doesn’t give with both hands.

Aaron may never have uttered those exact words, but he embraced the truth of them for the rest of a life that ended Friday morning at age 86. He was a realist through and through. One need look no further than his theory of hitting to grasp that: “You stand up there alone, and if you make a mistake, it’s your mistake. If you hit a home run, it’s your home run.” And yet he still couldn’t avoid being whiplashed by bigots who reacted as though he were hell-bent on desecrating a national treasure that bore a WHITES ONLY sign.

In one instant Aaron would be chatting amiably about the eight seasons he hit 40 or more homers, a feat that no one, not even the sainted Babe, could match; in the next, he would open a letter that began “Dear N—-r Henry.” Or a sportswriter would ask about the great Milwaukee Braves teams of the late ’50s, back when Warren Spahn and Eddie Mathews shared the marquee with him, and then Aaron would see that some hate-twisted knuckle-dragger had written “How about some sickle cell anemia, Hank?”

Sad to say, but in a country where basing hatred on skin color is second nature to a chilling percentage of the population, such ugliness was odds-on to surface. If Aaron tried to steel himself for the inevitable deluge, he didn’t succeed. The bigots’ cruel words cut deep. The hate came from the South, but even more came from the North in a daily avalanche of 3,000 letters—politician numbers, celebrity numbers—that started burying Atlanta’s offices in 1973 once people realized he had Ruth’s record in his sights.

When he ignored the bigots, Aaron could enjoy how for the first time in his career, he was being regarded as a player for the ages, a worthy member of a dream outfield with Willie Mays, Ted Williams, and the ubiquitous Ruth. He didn’t always have to hit a home run to prove it, either. There was an afternoon in Chicago’s Wrigley Field five years earlier when Aaron lined a single off the ivy-shrouded wall that loosened bricks and might have decapitated the left fielder if he’d turned around to play the ricochet a millisecond later. Next inning, a Cub slashed a fast-sinking drive that looked like a sure double until Aaron glided over from his position in right field and backhanded it an inch off the grass.

The baggage he carried now would stay with him the same way his .305 batting average and 755 homers in 23 big-league seasons did. He took it with him when he returned to Milwaukee to play his last two seasons with the new team in town, the Brewers, and when he went back to Atlanta to become an executive with the Braves. Most of the time he was the Hank Aaron people remembered—his pride balanced by natural grace—but when Pete Rose was named baseball’s top player of the ’70s, Aaron erupted. And he had every right to do so. Rose, great as he was at the art of piling up base hits, couldn’t match either the majesty of Aaron’s achievement or the travail that came with making history.

He was never as breathtakingly brilliant as Mays nor was he a swashbuckler a la Roberto Clemente. He was, rather, like a great actor who loses himself in the role he’s playing. But American taste doesn’t run to understated excellence, so Aaron knew the sting of indifference. Too bad that 20-odd years after he got past it, along came Barry Bonds to present him with a brand new set of problems.

Bonds was the game’s star of stars throughout the ’90s and into the aughts, the kind of player who inspired debates over who was better, him or Aaron. But Bonds never came close to matching Aaron for power until late in his career when he partook of the performance enhancing drugs that turned him into baseball’s premier wrecking ball. In 2001 he hit 73 homers, a total that would have inspired disbelief in the dustiest, most pitching-poor minor league. By the time he retired as the game’s most walked controversial figure since the Black Sox, he had amassed 762 homers. And there wasn’t anything Aaron could do about it.

Critics lobbied to bury to lobby Bonds’ statistics in asterisks—baseball’s version of the scarlet letter—but as time marched on, it seemed more fulfilling to tune out the PED static and think back to Aaron on that grand night in Atlanta as he rounded third base and headed for home, smiling at last. He ran into his mother’s embrace and his father watched in what had to be wonder, for surely this was beyond any dream he might have had for the son he named Henry. Why, when the boy was born, a Black man couldn’t play in the big leagues no matter how great he was. Now Hank Aaron reigned as the slugger who broke Babe Ruth’s record while the bigots who had tried to make his life a misery slinked away and hid in the shadows.