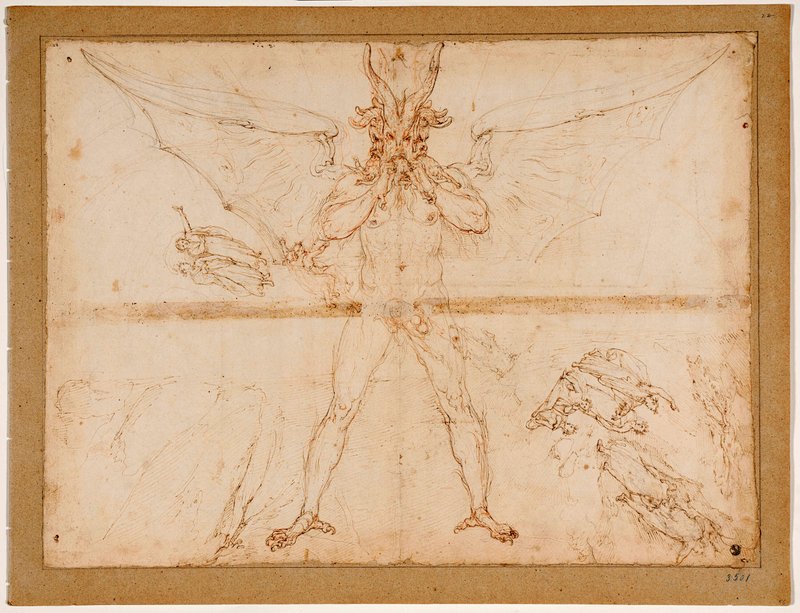 The virtual show of high-resolution images of works by the 16th-Century Renaissance artist Federico Zuccari will be accessible from today “for free, any hour of the day, for everyone,” said Uffizi director Eike Schmidt.

The drawings illustrate Dante’s masterpiece, “The Divine Comedy,” an epic poem in three parts recounting a pilgrim’s travels through hell, purgatory and heaven.

Dante Alighieri is revered as the father of the Italian language. A Tuscan by birth, he died and was buried in the city of Ravenna, a three-time ancient capital located in the region of Emilia-Romagna.

The pencil-and-ink drawings are in contrasting shades of black and red. They were completed during Zuccari’s stay in Spain from 1586 to 1588, and became part of the Uffizi collection in 1738.

The drawings have only been publicly displayed twice previously, and then only a selection, owing to their fragility: in Florence in 1865 to mark the 600th anniversary of Dante’s birth and coinciding with Italy’s unification as a nation, and for a specialized exhibit about Dante in Abruzzo in 1993.

The drawings were originally bound in a volume, with each illustration opposite the corresponding verse in Dante’s epic poem. The texts and scholarly comment will also be included in the virtual show, titled “A riveder le stelle,” (to see the stars again), a reference to the celebrated last line of Dante’s “Inferno.”

Schmidt said the drawings are a “great resource” for Dante scholars and students, as well as “anyone who likes to be inspired by Dante’s pursuit of knowledge and virtue.”