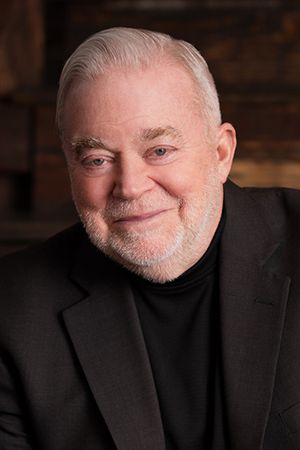 New York Times columnist,Nicholas Kristoph, recently interviewed the Rev. Jim Wallis, an evangelical Christian pastor, author and justice activist. Among other questions, Kristoph asked Wallis  about the hypocrisy among some evangelicals.  Here is an excerpt from the interview.  Kristoph’s questions are in bold italics.

What is it with the modern evangelical movement? Historically, evangelicals were people like William Wilberforce, fighting to abolish slavery. More recently, they included Jimmy Carter. But these days the big cause of many evangelicals has been a philandering politician who rips children from parents at the border.

The word “evangel” comes from Jesus’ opening pledge to bring “good news” to the poor and let the oppressed go free. Trump evangelicals have turned Jesus’ message upside down. That’s called heresy. And, in the United States, this has created a toxic melding between white evangelicals and the Republican Party. We’ve seen the conversion of too many white evangelicals to the narcissistic and nationalistic cult of Trump, where the operative word in the phrase “white evangelical” is not “evangelical” but “white.”

I struggle with this. I’ve seen conservative evangelicals do heroic work, including Chuck Colson’s work in prisons, and George W. Bush’s leadership in fighting AIDS in Africa that saved 20 million lives. But some of the grossest immorality of my life came when evangelicals like Jerry Falwell and Pat Robertson smirked at AIDS and resisted tackling the disease because it was killing gay people. How do we understand a faith that can produce so much good and so much evil?

The religious right leaders you name hijacked the word “evangelical.” Result: White evangelicalism has destroyed the “evangel.” When “evangelical” strays from the radical love of Jesus into hateful partisan faith, we see the worst.

Do you think about abandoning the term “evangelical” because it has too much baggage?

I understand why so many have moved to “post-evangelical” or “adjacent evangelical” as the old term has become so tainted by right-wing politics and hypocrisy. Many of us call ourselves “followers of Jesus” who want to return to the original definition of a gospel that is good news to the poor. And we believe that any gospel that isn’t good news for the poor is simply not the gospel of Jesus Christ. Period.

We’ve been denouncing religious intolerance, but I’m afraid many of us liberals have a problem with irreligious intolerance. A Black sociologist, George Yancey, once told me: “Outside of academia I faced more problems as a Black. But inside academia I face more problems as a Christian, and it’s not even close.” Do liberals have a blind spot about faith?

I have been fighting “religious fundamentalists” my whole life. But are there also “secular fundamentalists”? I would say yes, and they can be as irrational, ideological and intolerant as the religious ones.

You founded a magazine and movement, Sojourners, that argues that Christians should push much harder for racial justice. I’m curious: Do you consider Jesus to have been a person of color?

Of course he was a person of color given where and when he was born. Blue-eyed white Jesuses exist only in American churches. And issues like voting rights, suppression and intimidation, or racialized policing, are not just political, but are a direct assault on “imago dei,” the created image of God in each of us that the Christ child reminds us of again.

But if faith drives your work on behalf of the poor, why does the same Scripture seem to lead others to cut funds for the homeless?

Because they aren’t reading those Scriptures with over 2000 verses in the Bible about the poor and oppressed! Those white evangelicals have cut all those texts out and their Bible is full of holes.

For many evangelicals, the paramount political issue is abortion, which Jesus never directly mentions. What’s your take?

Abortion is used by the political right as a distraction from all the other issues that would entail a consistent ethic wherever human life and dignity are affected. Everyone in the “pro-life” and “pro-choice” polarizations should want to reduce the number of unwanted pregnancies and abortions — and there are clear policies to do that, especially in support of low-income women.”

Can we hear an AMEN for Wallis!