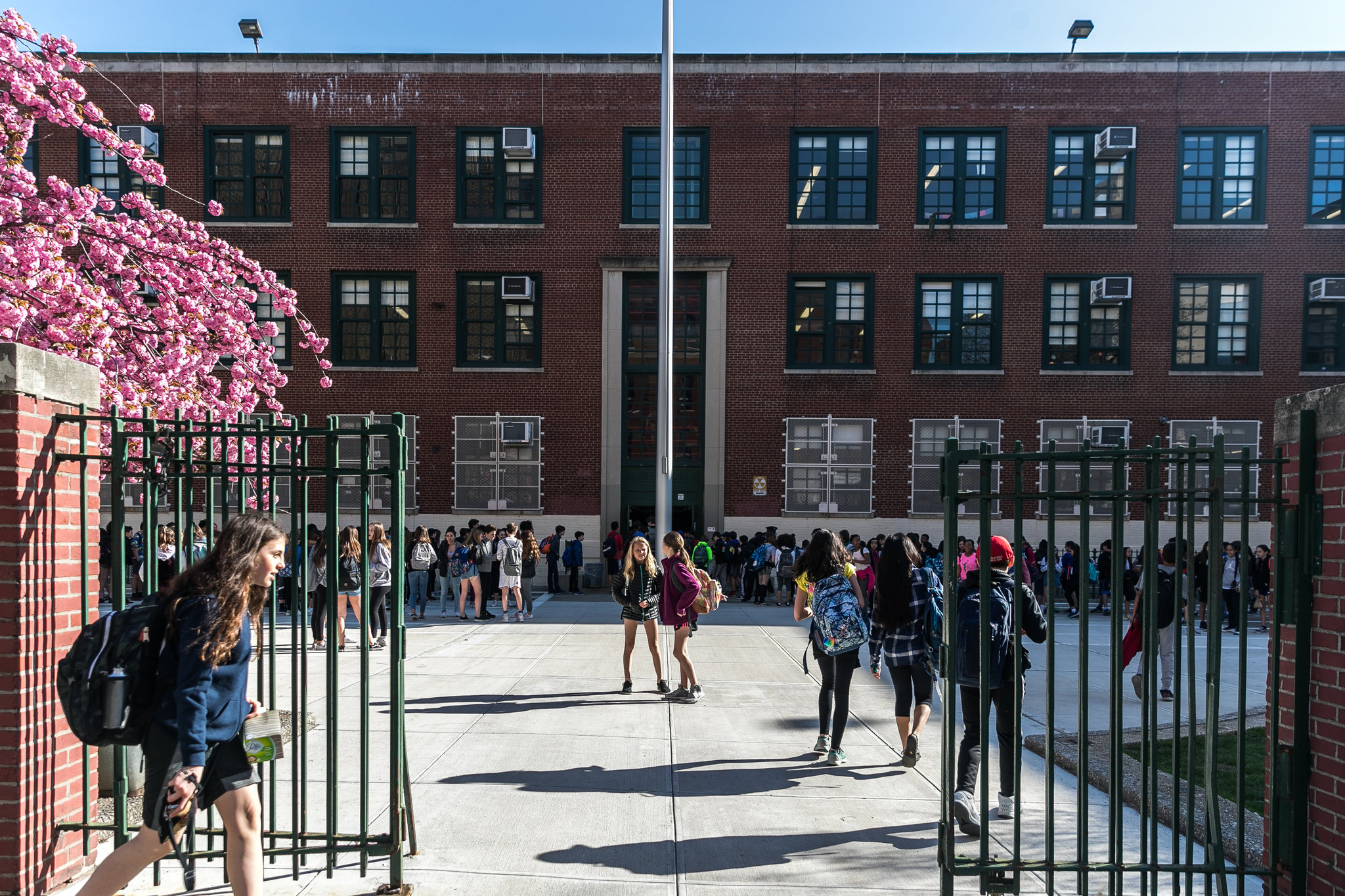 My colleague, David Bloomfield alerted me to this new policy in the New York City school system. As reported by the New York Post.

In a hotly anticipated decision, the New York City Department of Education (DOE) said yesterday that it will scrap academics-based admissions for middle schools next year while maintaining them for high schools.

The DOE also announced that it will administer the Specialized High School Admissions Test in-person beginning in late January.

The fate of Gifted & Talented programs has not yet been revealed.

Citing the impact of the coronavirus, the DOE said that no academic metrics will be used to admit city kids to competitive middle schools for the duration of one year and that spots will be offered based on lotteries.

A total of 196 city middle schools use screens in determining offers to applicants — or 40 percent of their overall number.

The DOE has argued that reliance on academics next year would be unfair due to the impact of coronavirus — especially on low-income kids lacking devices and reliable Wi-Fi.

“This will make it simpler and fairer for our families to be admitted to schools that have already gone through some much during this pandemic,” said DOE Chancellor Richard Carranza.

The coronavirus pandemic has eliminated or fundamentally altered several traditional admissions measures — from standardized test scores to grades to attendance.

Jean Hahn, an advocate with Queens Parents United, criticized the changes as “cosmetic” fixes that diminish academic merit while failing to address deeper educational problems within the DOE.

“There is a lot of disappointment right now,” she said. “There is a sense that there is no regard for even pretending to maintain academic excellence and that they are more concerned about optics. This is just a cosmetic improvement of what they say are trying to improve.”

David Bloomfield, a Brooklyn College and CUNY Graduate Center education professor, lauded the changes and said they served as a dual recognition of coronavirus upheaval and pre-existing issues with academic screens.

“It’s welcome,” he said. “At the end of the day, it was inevitable recognition of the difficulties of score-based admissions.”

The DOE said yesterday that middle schools that prioritize spots for applicants who live in their districts can continue to do so.

The agency preserved academic screens at high schools, ruling that they can consider grades earned during the first term of last year along with standardized test scores from the 2018-2019 term.

But screened high schools will be now required to present their sometimes opaque admissions criteria publicly.

And while they were previously allowed to rank students for admissions purposes in-house, that process will now take place at central DOE headquarters.

The department also said Friday that geographic priorities in high school admissions will be phased out over the next two years. That system holds spots for kids who live in the same district as the school they are applying to.

Mayor Bill de Blasio argued that the step opens up screened schools to a larger pool of applicants.

District priorities will be eliminated next year and borough preferences the following year.

Entry will hinge solely on a single entry exam to be administered at each applicant’s middle school beginning January 27.

While that process survived the DOE revamp, de Blasio called it “broken” Friday.

“I want to make it crystal clear,” he said. “I don’t think it’s inclusive or fair. I think we need to do better.”

The DOE will begin accepting middle school applications the week of January 11 with a deadline set for the week of February 8. At LaGuardia HS, a performing arts specialized high school, auditions will be held virtually next year, the agency said.

Families can apply to high schools beginning the week of Jan. 18 with a deadline of the week of Feb. 22.

Finally, the DOE said Friday that five additional school districts will be able to apply to take part in diversity initiatives.

The screening system has emerged as a political flashpoint in recent years and has burned especially bright under Carranza.

Opponents cast it as an instrument of racial segregation that favors kids of means.

Backers counter that advanced students and their families deserve opportunities for accelerated learning.

Bloomfield acknowledged that the changes announced Friday could induce an exodus among parents who may no longer accept the educational choices offered by the DOE.

“I think there’s some likelihood of immediate and unjustified flight,” he said. “At the same time I think it will take some years to habituate families to this new reality.”

This is a big issue in New York.  I agree with David that this will likely lead to flight from the City on the part of some parents.