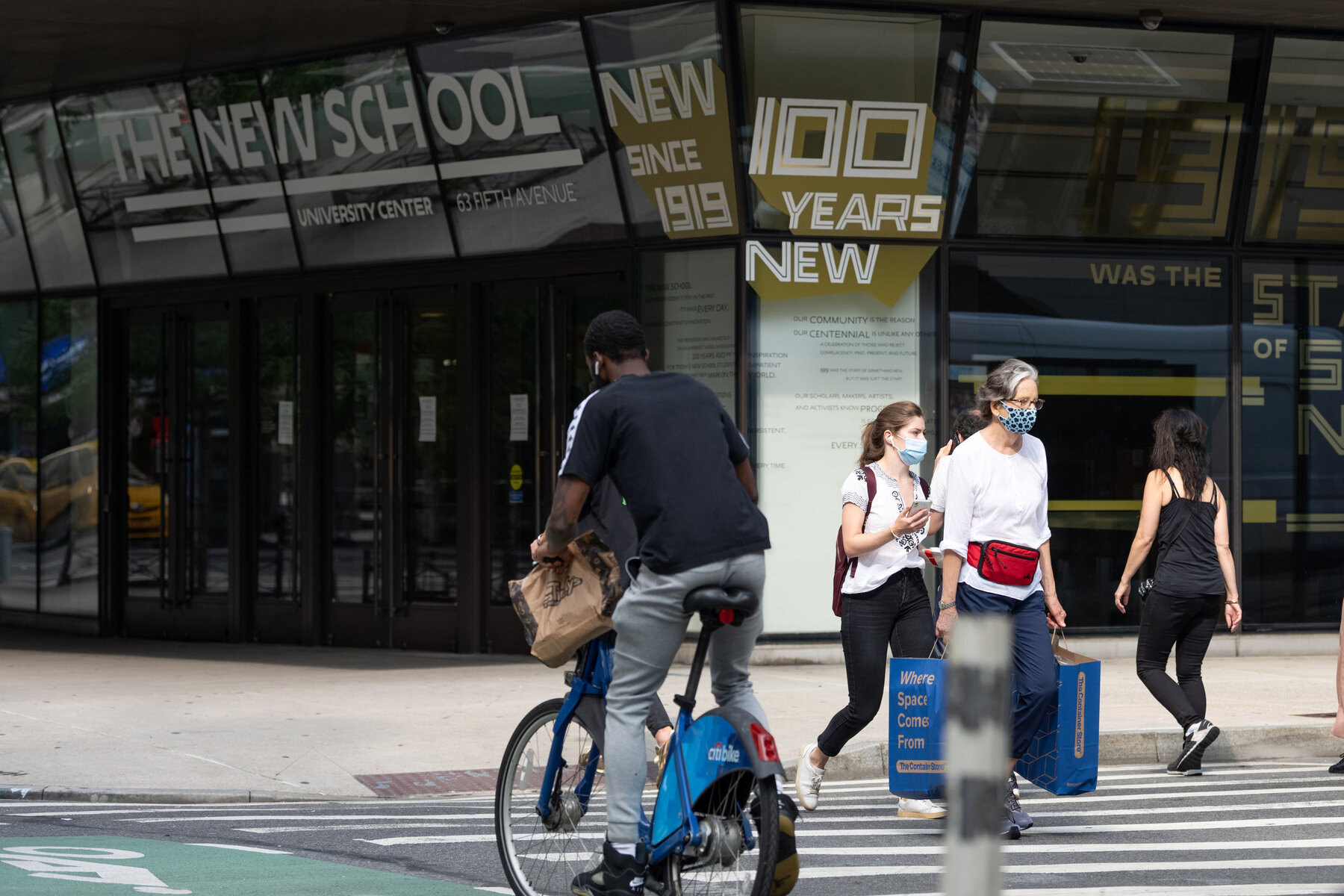 The New York Times has an article this morning describing the dire financial situation which Manhattan’s New School is  facing and which has been exacerbated by the coronavirus pandemic.  For the past century, the New School has produced great social thinkers including Hannah Arendt, Jacques Derrida, and Erich Fromm.  Its Graduate Faculty of Political and Social Science was founded in 1933 as the University in Exile for scholars who had been dismissed from teaching positions by the Italian fascists or had to flee Nazi Germany.  Founded in 1919, the New School is now facing very difficult decisions with its survival at stake.  Here is an excerpt from the article.

“In 1918, as another pandemic roared through the country, now entering its second year at war, a group of prominent intellectuals drafted a proposal for a new kind of university in Manhattan, one that would break with hundreds of years of tradition in higher learning. What became the New School for Social Research only a year later would not emphasize degrees or Latin or pander to youth or privilege. Instead, it would concentrate on meeting the demands of an increasingly turbulent and urban world.

The moment was perfectly tuned for this sort of innovation. The growth of cities, the rise of labor, the stirring movement of the suffragists all required an evolved understanding of the country’s power structures and political arrangements.

The Ivy League, steeped in the values of the ruling class and plagued by a chauvinistic uniformity of thought, was unlikely to supply it. Those schools would not produce a talent pipeline of union chiefs, reformers, housing advocates, social critics — antagonists of an unjust existing order. The New School would generate leaders who prioritized the needs of the common citizen.

Over the course of the next century, the university grew to include five distinct colleges and claim faculty members (Hannah Arendt, Jacques Derrida, Erich Fromm) who were among the most distinguished thinkers of the 20th century. But like so many institutions rooted in progressive purpose, the university would learn all too painfully that idealism is expensive.

By the time the coronavirus arrived to darken the fortunes of so many universities around the country, the New School had already been dealing with longstanding financial difficulties. It would soon face a budget shortfall of $130 million and was set to draw down its endowment by an astonishing $80 million, nearly a quarter of its total value.

To put that figure in perspective, the president of Princeton said in May that spending anywhere above 6 percent of the university’s $26 billion endowment — roughly $1.5 billion — was “not sustainable.” The New School had reached the point of existential crisis long before Princeton ever would.”

These are difficult times for all higher education.  We hope for the best for the New School.