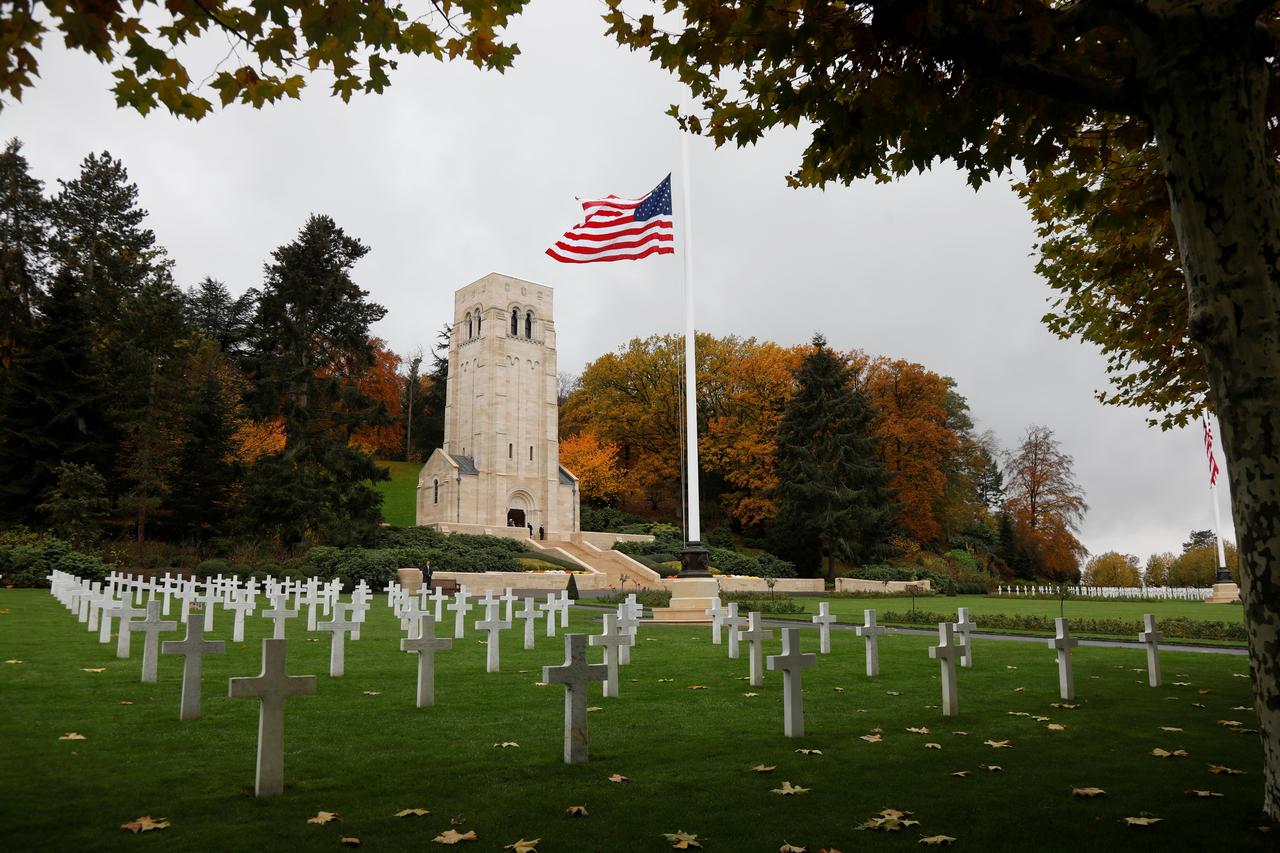 President Donald Trump, who has been criticized in the past for making disparaging remarks about veterans and military families, reportedly referred to American service members who’d died in World War I as “losers” and “suckers” in conversations with his staff.

The Atlantic’s Jeffrey Goldberg, citing multiple anonymous sources who had firsthand knowledge of the conversations, reported yesterday on the president’s comments.

According to Goldberg, Trump uttered the belittling remarks about the American war dead while in France in 2018.

During that trip, the president nixed a planned visit to the Aisne-Marne American Cemetery ― a World War I cemetery in Belleau, France, near the site of the Battle of Belleau Wood. Trump blamed rain for the cancellation at the time.

Goldberg said, however, that Trump had actually “rejected the idea of the visit because he feared his hair would become disheveled in the rain, and because he did not believe it important to honor American war dead.”

In a conversation with senior staff members on the morning of the scheduled visit, Trump said, “Why should I go to that cemetery? It’s filled with losers.” In a separate conversation on the same trip, Trump referred to the more than 1,800 marines who lost their lives at Belleau Wood as “suckers” for getting killed.

Goldberg said later in the article that Trump had also referred separately to John McCain, the late senator and war veteran, as a “fucking loser.”

Trump has previously been criticized for denigrating McCain, who was held for 5½ years as a prisoner of war in Vietnam.

“President Trump holds the military in the highest regard. He’s demonstrated his commitment to them at every turn: delivering on his promise to give our troops a much needed pay raise, increasing military spending, signing critical veterans reforms and supporting military spouses,” Farah said.

Trump himself later refuted Goldberg’s report, insisting that he’d never called McCain a “loser” and that he “never called our great fallen soldiers anything other than HEROES.”

HuffPost’s S.V. Dáte reported earlier this week that Trump had refused for two years to go to Dover Air Force Base in Delaware to receive the bodies of U.S. soldiers ― despite his insistence that he’s paid his respects to “many, many” U.S. soldiers killed in the line of duty.

A former White House aide told Dáte that Trump had stopped going to the base after Bill Owens, the father of a slain Navy SEAL, refused to shake the president’s hand at a 2017 meeting and lambasted Trump for his incompetence.

“He refused to go back for two years, he was so rattled,” the aide said of the president.

Trump never served in the military. He received five military deferments, including one for alleged bone spurs in his feet and four for education, during the Vietnam War.

This man is a disgrace to our country.