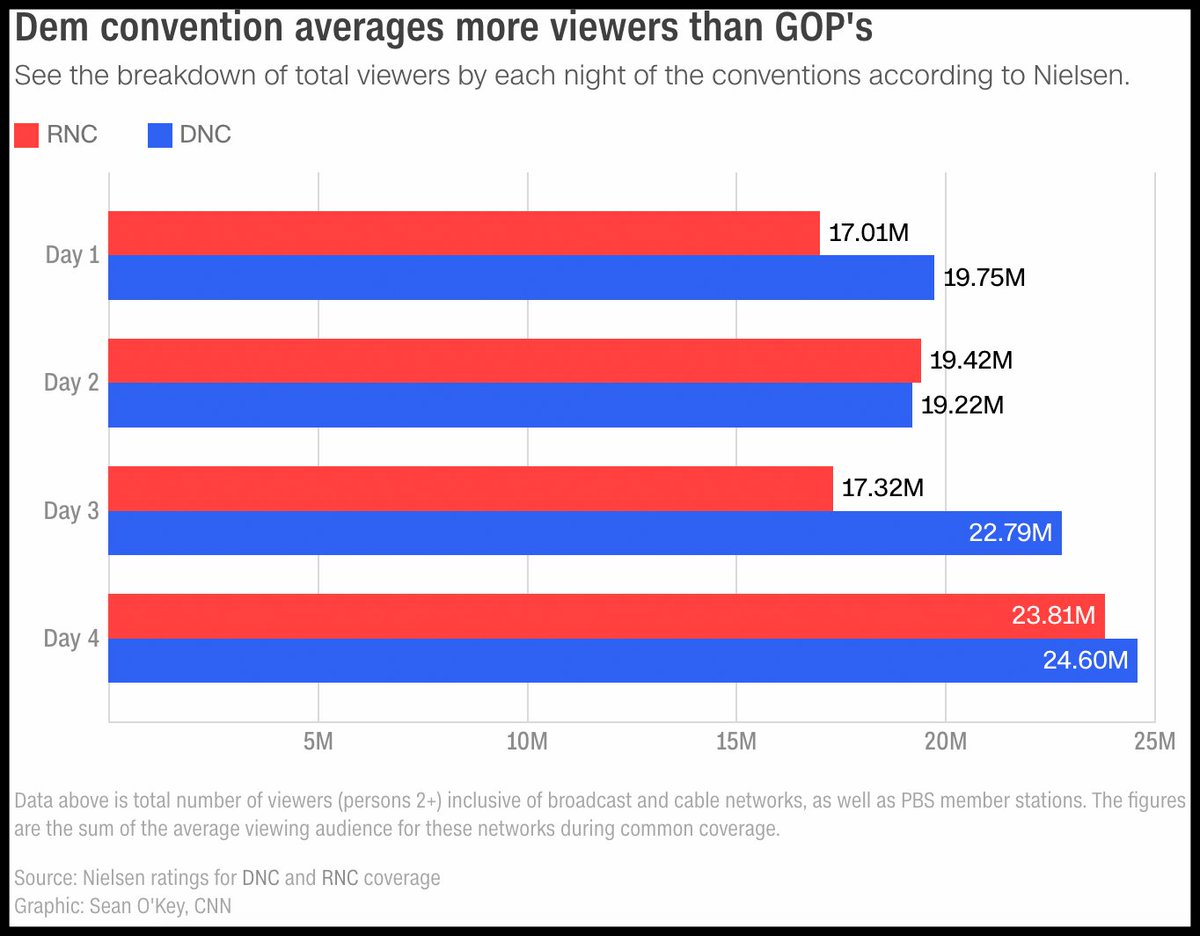 Earlier last week, The Daily Beast reported that President Trump had one thing on his mind heading into his Republican National Convention.

The president was telling his closest aides that he was determined to beat his rival Joe Biden in the TV ratings. He was requesting daily ratings for the Democratic National Convention and insisted that his RNC spectacle would demolish their “pathetic” numbers, according to a senior administration official.

In the end, apparently not even all of the unethical pomp and circumstance of a Trump-branded White House as the backdrop of his big speech Thursday night could draw more viewers than Biden’s solemnly rousing speech to an empty auditorium.

According to initial Nielsen numbers, President Trump’s speech Thursday night drew 14.1 million viewers across the three broadcast networks and three major cable news networks. That is  three million fewer viewers than the 17.5 million who tuned in to watch Biden’s speech one week earlier.

When those numbers are expanded out across nine broadcast and cable networks, Biden still beat Trump by a fairly wide margin, 23.6 million to 21.6 million.

At 70 minutes, Trump spoke close to three times as long as Joe Biden, whose DNC speech clocked in at 24 and a half minutes. It was the second-longest convention speech in modern American history—after the 75-minute speech Trump delivered at the 2016 RNC.

Biden’s DNC beat Trump’s RNC across the board on all four nights, starting with former First Lady Michelle Obama’s speech on night one, which drew about 18.7 million viewers compared to 15.8 million for Donald Trump Jr., Sen. Tim Scott (R-SC) and others on the first night of the RNC. Night two was closer, but headliner Jill Biden still edged out First Lady Melania Trump, 18.6 million to 18 million.

On night three, Vice President Mike Pence not only lost viewers compared to the previous night but also came in far behind the Democratic vice-presidential nominee Kamala Harris. While approximately 15.7 million viewers watched Pence, about 21.5 million viewers tuned in to Harris.

Trump must have had a fit when we saw these ratings.

The above was forwarded to me by my colleague, Frank Delly.