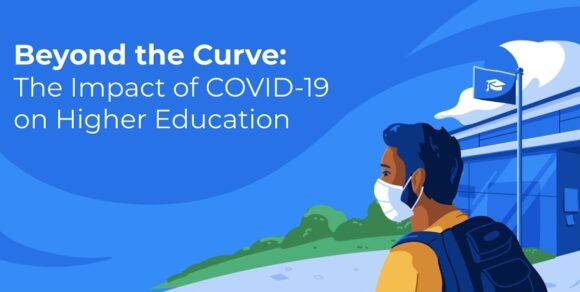 The Chronicle of Higher Education has an article this morning identifying how the coronavirus pandemic has shifted the way institutions of higher education operate, altered the college experience for students, and triggered protests by faculty members and staff against plans to reopen in the fall.  It has also affected the economies and normal operations of the towns that rely on their local colleges.

The data below paint a picture of the many ways that Covid-19 has tested higher ed, strained its students and work force, and spilled outward into surrounding communities, sometimes in unexpected ways.

When college campuses shifted to remote learning in the spring, students and parents soon turned to the courts to make a customer-service complaint. The gist of their grievance? They didn’t get what they paid for.

As of August 26, more than 230 breach-of-contract lawsuits have been filed against institutions like the Universities of Kansas, Miami, and Washington, and Yale University, according to a law firm that has been tracking the litigation. Both university systems in California have been targeted as well. Some of the cases have been dismissed or withdrawn, including lawsuits against the governing board of Arizona’s three public institutions and institutions in the University of North Carolina system.

As more colleges make last-minute pivots to online instruction this fall, it seems likely that the number of suits will increase.

Lehman students line up for a grocery giveaway organized by the Bronx college’s food bank during the Covid-19 pandemic.

Many students at Lehman College work to support themselves and their families. So when nonessential businesses in New York City were closed in the spring, and many students lost their sources of income, food insecurity followed.

Before the pandemic, the food bank served about 80 students a week. After the city shut down, that number jumped to 322.

Hunger was a widespread issue among college students even before the coronavirus surfaced. Nearly 40 percent of students reported being food insecure in the last 30 days, according to a survey conducted in 2019 by the Hope Center, which studies food and housing insecurity among undergraduates.

Like everyone else, colleges are stocking up on hand sanitizer and disinfectant wipes. At Ohio State, officials tried to get ahead of the huge global demand for personal protective equipment.

Along with disposable masks, the university bought three million bottles of hand sanitizer, 300,000 cloth masks, 110,000 thermometers, and about 500,000 packs of disposable wipes. Then came the work of assembling return-to-campus safety kits for students, faculty, and staff.

As the start of classes approached on August 25, the university had assembled more than 85,000 kits — one disposable mask, two reusable masks, a thermometer, disinfectant wipes, and hand sanitizer. More than 64,000 of the kits were distributed to residence halls, regional campuses, and off-campus housing, said Karina S. Brown, Ohio State’s director of communications. Another 14,000 disposable masks went to libraries, for students who might show up without one.

Layoffs at the University of Texas at San Antonio

In the early summer, a projected $35.8-million revenue shortfall for the 2021 fiscal year loomed large. With reductions in state appropriations forecast for future years, the university said job cuts were necessary.

Most of the layoffs — 243 of them — were staff positions. Within this group, 67 were what the university calls “skilled labor” jobs. Another 176 people holding management, administrative, and other professional positions — such as program managers and academic advisers — also lost their jobs. Most of the staff layoffs, 137 of them, were in academic affairs.

All who were laid off on July 1 will be paid and receive benefits through the end of August. Another 137 vacant staff positions were eliminated.

On the faculty side, 69 non-tenure-track faculty members didn’t have their contracts renewed for the current academic year. Their appointments end August 31. The university president, in a letter to faculty and staff members about the job cuts, wrote that “they could be invited back to teach at any point based on need.” The university has more than 700 non-tenure-track faculty. The college also eliminated 12 vacant tenure and tenure-track positions.

For returning students, completing a Fafsa is a concrete sign that they intend to continue with their studies. But a decline in Fafsa renewals suggests that the coronavirus appears to be derailing their progress.

According to the National College Attainment Network, through June 30 — the unofficial end of the financial-aid season — total completions of the application by returning students whose family income was $25,000 or less fell by 170,605 students, compared with the last cycle. These students are among those who need federal and state financial aid the most.

When Virginia Tech announced a pivot to online instruction in the spring, it emptied the college town of several thousand students. That exodus, coupled with the statewide shutdown of nonessential businesses, caused economic activity in the county to plummet.

The nearly 66-percent drop in small-business revenue, measured on April 7, was relative to the beginning of the year, according to data from an economic tracker created by Opportunity Insights.

Things could turn around for small businesses in the county soon; students are back on campus now, with the institution holding more than 60 percent of classes online.

Colleges bringing students back to campus this fall are faced with a common question: Where will they quarantine students who test positive for Covid-19?

Rather than housing those students in a dormitory on campus for 14 days, Mississippi State rented two hotels for the fall semester — a Comfort Suites and a Hampton Inn.

In an email to Mississippi State faculty members, the institution’s provost said the university had talked about setting aside residence halls for students who needed to be isolated, but the hotels were more “effective and cost efficient.”

Decrease in water usage in one New England college town

Worcester, Mass., is home to nine colleges — Assumption University, Worcester Polytechnic Institute, and Worcester State University, among others. And, according to Worcester’s city manager, when 35,000 students leave campus to return home unexpectedly, it has an impact on certain parts of the local infrastructure.

“There are a lot of kids who were living in dorms and off-campus housing that are not using water or using sewage,” said Edward M. Augustus Jr. during a May city-council meeting. Restaurants operating at limited capacity contributed to the decline as well.

With a total of just 23 coronavirus cases on campus since the pandemic began, Berkeley was set to have a mix of in-person and online classes in the fall. But then, in a single week in early July, an outbreak of 47 new cases that were linked to the campus’s Greek system brought the total case number to 70. That made the institution scrap its plans to teach in person. Berkeley became the first campus in the University of California system to say that its fall classes would be online only.

The college’s switch follows a familiar pattern of recent weeks. Some institutions, like the University of North Carolina at Chapel Hill and North Carolina State University, started the academic year in person before rising coronavirus cases on campus made them pivot to safer alternatives. Other colleges that were planning in-person instruction made last-minute switches to online classes.

Even before the coronavirus, some four-year students would take community-college courses during the summer to get some general-education requirements behind them at a lower cost.

This summer appears to be no different. Some institutions, like Lone Star College, in Houston, point to an upswing in summer enrollment. The college said it enrolled 67,731 students in summer 2020, compared with 61,375 a year earlier.

It remains unclear whether the trend will continue into the fall.