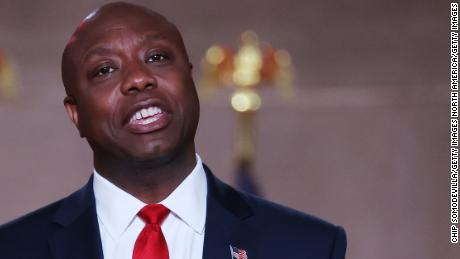 The first night of the Republican National Convention (RNC) was a mixed bag of performances and speeches.

Senator Tim Scott (Republican – South Carolina) was excellent.  He told his story of going from the cotton fields of South Carolina to Congress. He praised Trump and criticized Biden as one would expect at the RNC.  His presentation was genuine, powerful and effective.

Nikki Haley, the former governor or South Carolina and former U.S. ambassador to the United Nations, showed why many Republicans believe that she is the future of her party, delivering a strong speech that praised Trump while hammering Biden for what she called his socialist views.

“In much of the Democratic Party, it’s now fashionable to say that America is racist. That is a lie. America is not a racist country,” Haley said. “This is personal for me. I am the proud daughter of Indian immigrants that came to America and settled in a small Southern town. My father wore a turban. My mother wore a sari. I was a brown girl in a black and white world. We faced discrimination and hardship, but my parents never gave in to grievance and hate. My mom built a successful business. My dad taught 30 years at a historically black college. And the people of South Carolina chose me as their first minority and first female governor.”

My question to Haley is if Trump was so good why did she quit his administration.

On the down side were Donald Trump Jr. and his girlfriend, Kimberly Guilfoyle.  Both were a bit over the top and not ready for prime time.

Donald Trump Jr. alternated between a more hopeful vision of American greatness and a seething contempt of those that he said were standing in the way of it.

“Joe Biden is basically the Loch Ness Monster of the swamp. For the past half-century, he’s been lurking around in there. He sticks his head up every now and then to run for president, then he disappears and doesn’t do much in between,” said Trump, glossing over Biden’s two terms as vice president.

He continued: “Joe Biden and the radical left are also now coming for our freedom of speech and want to bully us into submission. If they get their way, it will no longer be the ‘silent majority,’ it will be the ‘silenced majority.’”

Shouting and pointing from the podium into an empty room, Kimberly Guilfoyle, the former Fox News personality said Democrats “want to destroy this country, and everything that we have fought for and hold dear. They want to steal your liberty, your freedom. They want to control what you see and think and believe, so they can control how you live. They want to enslave you to the weak, dependent, liberal, victim ideology, to the point that you will not recognize this country or yourself.”

The evening also featured a number of presentations from individuals from around the country giving their personal stories. Some of them were effective such as the former football player Herschel Walker, others were not.

However, as one pundit said afterwards, “the elephant in the room at Monday’s convention, so to speak, was the more than 177,000 Americans who have died in the coronavirus pandemic. The death toll went unmentioned, as did the number of Americans who have contracted the virus, approaching six million.

In a taped segment introducing a panel of health care workers and first responders, Trump made clear that he believes he bears no blame for the number of Americans who have perished or been infected by the virus.