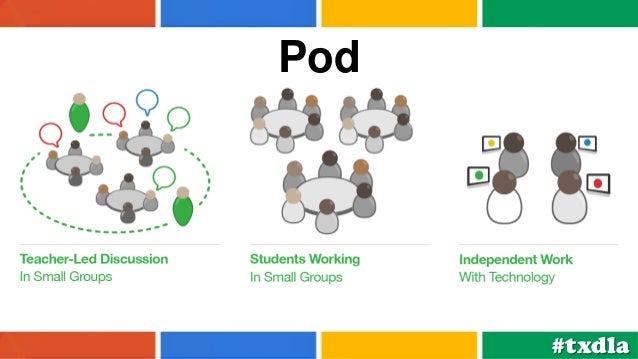 Whatever one calls them — learning pods, pandemic pods or microschools — the hiring of teachers to supplement or even replace the virtual instruction offered by public schools has become an obsession among many parents of means. Practically overnight, a virtual cottage industry of companies and consultants has emerged to help families organize pods and pair them with instructors, many of whom are marketing themselves on Facebook pages and neighborhood listservs.

But the cost — often from $30 an hour per child to $100 or more — has put them out of reach for most families, generating concerns that the trend could make public education even more segregated and unequal.

“Hiring a tutor is expensive, even if it’s divvied up between a couple of families,” said Charese Paulson, 40, of Wilmington, Del., who lost her job as an accounts payable clerk during the pandemic. “Upper middle-class families can afford that, but most inner-city, lower-income families can’t afford an extra $200 to $300 a week. You’re talking anywhere between $800 and $1,200 a month — that’s some people’s rent.”

The New York Times has a featured article (see below) this morning examining the issue for those families who cannot afford to pay to have their children in learning pods.  As the pandemic continues, this issue surely exacerbates the gulf in public education for families of means versus those that struggle financially.

WASHINGTON — When Shy Rodriguez heard about one of the hottest trends in education during the pandemic — “learning pods,” where parents hire teachers for small-group, in-home instruction — she knew immediately it was something she could never afford for her sons.

Like many parents, Ms. Rodriguez, a single mother and nursing assistant in Wilkes-Barre, Pa., was deeply dissatisfied with the online instruction her school district provided last spring. Facing more of the same this fall — her district is offering an in-person option for now, but she isn’t comfortable sending her boys — she set out to create a more basic, and affordable, type of pod: one where parents take turns with child-care duties so they can go to work most days while their children attend online school together at home.

“I feel like it can be extremely discouraging,” Ms. Rodriguez, 33, said of the widening educational gulf between wealthier children and her sons, 8 and 11. People who live paycheck-to-paycheck, she said, feel “like we’re directly failing our children because we can’t offer or afford the same level of opportunities.”

Whatever one calls them — learning pods, pandemic pods or microschools — the hiring of teachers to supplement or even replace the virtual instruction offered by public schools has become an obsession among many parents of means. Practically overnight, a virtual cottage industry of companies and consultants has emerged to help families organize pods and pair them with instructors, many of whom are marketing themselves on Facebook pages and neighborhood listservs.

But the cost — often from $30 an hour per child to $100 or more — has put them out of reach for most families, generating concerns that the trend could make public education even more segregated and unequal.

“Hiring a tutor is expensive, even if it’s divvied up between a couple of families,” said Charese Paulson, 40, of Wilmington, Del., who lost her job as an accounts payable clerk during the pandemic. “Upper middle-class families can afford that, but most inner-city, lower-income families can’t afford an extra $200 to $300 a week. You’re talking anywhere between $800 and $1,200 a month — that’s some people’s rent.”

Ms. Paulson is counting on her 14-year-old daughter’s charter school to deliver a capable online experience. “I don’t have that disposable income where I’m able to hire a tutor,” she said.

Debates over nascent pods — some of which will be taught by parents who don’t need to work full time, instead of paid teachers or tutors — have consumed Facebook parents’ groups and online forums. They have created rifts among friends, sparked accusations of “opportunity hoarding” by affluent whites, and compelled some parents to ponder whether and how to include lower-income children in their pods.

The backdrop of the summer’s Black Lives Matter protests and renewed calls for racial justice has made the conversation all the more trenchant.

“Is it inequitable? A hundred thousand percent,” said Melissa Cohen, a pharmaceutical sales representative in Los Angeles who hired an experienced tutor to oversee distance learning for her two children, with nanny duties thrown in, at a salary of $600 a week plus benefits. “But here’s the thing: What am I supposed to do?”

Some parents, rattled by the unfairness of instructional pods, are exploring how to make them more inclusive. When Myra Margolin, a psychologist and mother of two in Washington, started a Facebook group in June to connect with other parents interested in home-schooling, the page quickly attracted more than 1,000 members, many of whom were eager to form pods.

“I found myself in the middle of this, and it became apparent that it was not a positive trend,” she said. “So I asked, ‘Who wants to help me think through the equity piece of this? It’s totally clear nobody has any idea how to.”

Ms. Margolin recently started a GoFundMe page to subsidize learning pods for lower-income students in Washington. “I had so many people be like, ‘Yes, this is so important, I love this’ — and one $50 donation.”

Education experts say fund-raising efforts and “pod scholarships,” however well-meaning, are no solution for millions of low-income parents juggling the educational, child care and economic challenges of the pandemic.

More useful, they say, would be if school districts or city governments created their own version of learning pods, especially for at-risk students or children of essential workers.

Some districts in Massachusetts are hoping to provide in-person instruction for their most vulnerable students, while in Marin County, Calif., the school system will do so with small groups of special education students. A district near Denver that is starting the year fully remotely is allowing small groups of eligible elementary and middle school students to receive instruction in classrooms staffed by district employees and equipped with good internet access.

San Francisco, aiming for a broader reach, is planning to transform recreation facilities, libraries and community centers into “learning hubs,” where as many as 6,000 students out of a total 54,000 can go daily to complete their online schoolwork. Indianapolis will provide similar “hubs” for its homeless students, with school workers who can help them with assignments. New York last month announced a plan to offer free child care, saying it was looking for space for up to 50,000 students a day — about 5 percent of its total public school population.

“What we need is a kind of quilt of different sources of care in support of learning, between other parents, community-based based organizations, churches and child care centers themselves,” said Elliot Haspel, the author of “Crawling Behind: America’s Childcare Crisis and How to Fix It.” “But it’s not sustainable without Congress passing another significant funding bill.”

He added: “What terrifies me is the idea of the 10-year-olds who are going to be home all day watching the 6-year-olds.”

Ms. Rodriguez has so far recruited two other families for the babysitting co-op she is creating, called Child Poolers of Northeast Pennsylvania. She made a Facebook page for it and posted a video explaining her vision: “tag teams” of two to four host parents who would each take on at least six hours a week of child care during school days.

Instead of going back to her job in a nursing home, which she quit in the spring out of fear for her health and that of her children, Ms. Rodriguez is thinking of delivering food for DoorDash. She also has hopes of incorporating her “child pooling” group as a nonprofit and opening a community center one day.“I need to leave them with someone I trust,” she said of 8-year-old and 11-year-old sons, whom she enrolled in an online charter school after the pandemic began because the public school’s online program seemed so unstructured. “Someone who can just make sure my kids sign in and get their work done.”

Some families will get at least limited help from organizations they relied on before the pandemic for after-school care or academic support. Big Brothers and Big Sisters of America, the YMCA and Boys and Girls Clubs of America all are shifting to provide learning spaces for the upcoming school year, where children can participate in distance learning while being supervised by staff members, often with meals provided. But with social distancing concerns, the programs will not be able to accommodate nearly as many children as usual.

“There are some people that just have to go to work and can’t worry about their 8-year-old being home alone,” said Gabrielle Webster, president and chief executive of the Boys and Girls Clubs of Greater Washington.

While affluent families were primarily frustrated by the lack of direct interaction with teachers and classmates last spring, many lower-income families had a more pressing concern: just being able to log in, because they lacked good internet connections or even computers. Many districts have vowed to fix those problems, but it is far from clear they will succeed.

In Los Angeles, Rochelle Moreno, a single mother who was laid off from her job at an accounting firm in May, struggled even to afford to replace the ink cartridge in her printer when her 11-year-old son was learning from home last spring.

On top of that, she said, “Our computer wasn’t working. It was too old, we had to upgrade the browser, lost the login, by that point the audio wasn’t working on Zoom. The biggest process was trying to motivate a child already having full issues around mental health, keeping him on task, expecting him to get the work.”

“A tutor would be amazing,” said Ms. Moreno, a cancer survivor who suffers nerve pain in her foot from chemotherapy. “But I have no financial option for that, as I’m already on food stamps and waiting for my social security disability to be approved.”

It’s not only poor children being excluded from pod plans, but also those with learning disabilities or behavioral issues who, regardless of their family income, may not be welcome.

“No one will let in the kid with learning differences or challenges,” one mother posted on DC Urban Moms, a listserv for parents in Washington and its suburbs.

Janille Thompson, whose 8-year-old son attends a charter school in one of Washington’s poorest neighborhoods, has not heard about the pod craze or bidding wars for in-home tutors. She can work from home two or three days a week for now, and on the other days will depend on her mother, who is in her late 60s, and her aunt, who is 70, to make sure her son follows his online lessons. He has trouble reading and writing, and while he has a volunteer tutor through a nonprofit group, it is only for two hours a week. And now it is online.

“I hadn’t heard of teachers actually coming to your house and doing tutoring,” said Ms. Thompson, 38. “If I could afford for someone to do that with him — which I’m quite sure I could not — I surely would take advantage of it.”