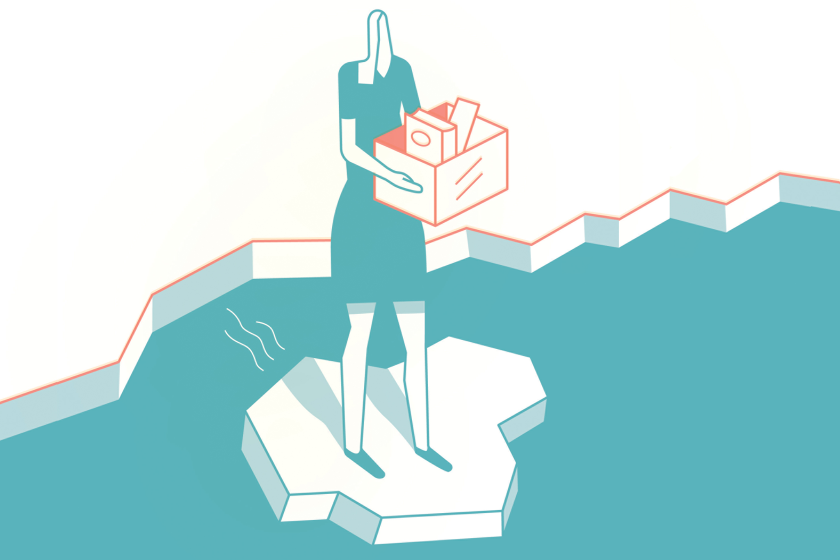 The Chronicle of Higher Education has a sobering piece this morning begging the question whether the pandemic will force many colleges and universities to abandon the tenure system in the years to come.  It is written by Ed Burmila, an  assistant professor at Bradley University.  Here is an excerpt.

“I have an uncomfortable question for you: If, by their own accord or by caving to outside political pressures, university administrators take the current crisis as an opportunity to eliminate tenure once and for all, who’s going to stop them?

Put another way: Are there enough academic workers with a stake in the tenure system left to defend it? Sure, the tenured and tenure-track faculty who currently make up less than 30 percent (see chart below) of the college teaching force would be pissed, but could they count on the great nontenured masses of university workers — contingent faculty, grad students, staff members, etc. — to come to their defense? Why would they? Seriously, I’m asking: Why would they? If you’re a tenured or tenure-track faculty member, what concrete reasons have you given your university colleagues to fight with (and for) you to defend what you have and they don’t?

If tenure is going to have a future, tenured professors need to do something that academia rarely encourages them to do: see themselves not as separate or elite, but first and foremost as labor. As go the adjuncts and the nonacademic staff today, so go the tenured faculty tomorrow. You know the quote, “First they came for. … ” This is a crisis from which no one will be exempted in time.

The Covid-19 pandemic is bringing due a long list of problems many academic institutions have been perpetually putting off for an always-delayed future that is suddenly here. As in any crisis, there is the risk that opportunists who have been seeking to weaken the bargaining power and working conditions of academic labor will exploit this chaotic moment to push for changes that might not succeed in “normal” times — an academic “shock doctrine,” as Anna Kornbluh presciently describes. Whether using the crisis as a smokescreen to cut programs, departments, and majors (like at Illinois Wesleyan, for example), to consolidate or close entire campuses (as the University of Alaska system proposed — a proposal that, thankfully, was just dropped), or simply to eliminate tenured faculty (as at the University of Akron), governing boards are seizing the opportunity to make radical changes. Forces inside and outside higher ed see the current social, economic, and political problems roiling the country as an excellent opportunity to swing hard with whatever ax they’ve been grinding all these years.

One chilling lesson — among many — from the 2008 financial crisis was that the worst impacts on state budgets weren’t felt until two to three years into the ensuing recession, in the period from 2010-12. If that pattern repeats itself — and with Congress showing no inclination to backstop state and local governments, it very likely will — then the dismal reality is that higher education is in for a world of hurt: The worst of the economic storm is yet to come. State legislatures will seek more cuts in public systems, including higher ed. Private universities will face their own internally imposed cost-cutting as enrollment pressures increase.

Because they are the most convenient target, labor costs have proven to be among the first things on the chopping block. The Chronicle has a partial list of the many thousands of jobs that have already been lost to furloughs, layoffs, and outright cuts at colleges across the United States. Even the most relentless optimist knows that list will grow.

What that means most immediately for academic labor is that the reactionary forces that have long wanted to abolish tenure (or “reform” it into irrelevance) are likely to get bolder over the next few years. Although it would do little in the short term to help universities in a cash crunch, eliminating tenure would realize a longstanding goal of some factions on the political right. The current crisis is descending on higher education at a moment when the decades-long trend of casualization has resulted in nearly 75 percent of all faculty positions being filled by contingent labor — part-time, adjunct, or graduate-student instructors — and an already poor academic job market in most fields is set to be effectively nonexistent in the near future. In terms of raw numbers and as a proportion of the labor force, academia has never had more people with less of a stake in tenure than it does right now.”

Burmila’s question will be a topic of discussion at many colleges and state higher education funding agencies in the not- too-distant future. 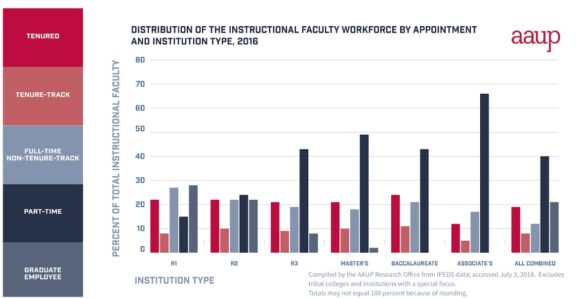