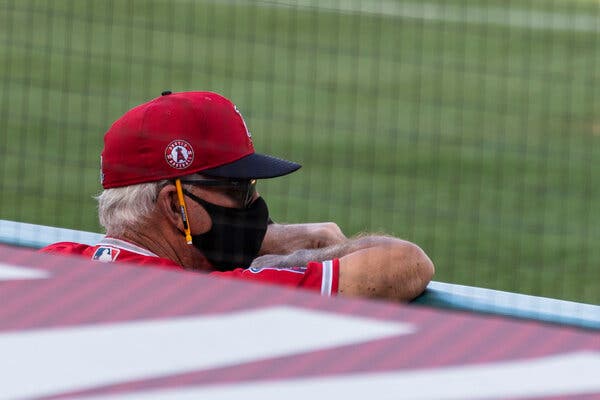 Opening Day of the 2020 MLB season is finally here.

After an almost four-month delay due to the coronavirus pandemic, professional baseball is set to begin tonight with a pair of prime-time games involving four of the league’s most prominent teams. The action begins at 7 p.m. ET when the Washington Nationals—the defending World Series champions—host the New York Yankees, a team that is tied for the best odds to win it all this year. The doubleheader concludes at 10 p.m. ET when the Los Angeles Dodgers—the projected top club in the National League and World Series co-favorite—take on its NL West rival in the San Francisco Giants. Its an exciting Opening Day, one that will be followed by a whirlwind tomorrow that features the other 28 MLB teams taking the field to begin their respective 2020 MLB seasons.

The players  will surely be tested this season by the shared responsibility of adhering to safety protocols. Players are required to wear masks while indoors, avoid high-fives and fist bumps, use their own soap in the shower and so on.

Unlike the N.B.A., the N.H.L. and M.L.S., baseball is forgoing a contained environment, or “bubble,” and nearly every team will play at its normal home stadium. The league has limited travel by keeping all games within the same geographic divisions and set up extra clubhouse and dugout space to promote social distancing.

But away from the field, players are largely on their own, trusted to avoid prohibited actions like eating at public restaurants and taking public transportation to games. If a player slips, he could contract the virus and threaten his team’s season.

“You have to be the best version of yourself, the best teammate that you’ve ever been in your life,” Joe Maddon, the manager of the Los Angeles Angels, said. “That’s what we need — more than a guy that may get a knock in the latter part of a game or a pitcher that might throw a couple of scoreless innings, we need the guy that’s going to stick with the protocol and permit us to play this all year.”

Dr. Anthony Fauci is scheduled to toss out the first pitch tonight at the Washington Nationals/New York Yankees Game.

Both games will be televised on ESPN. 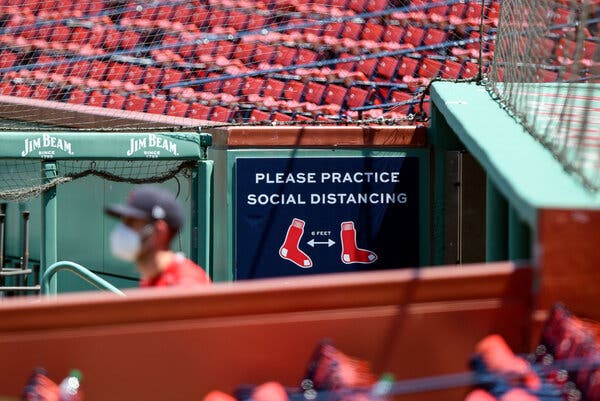