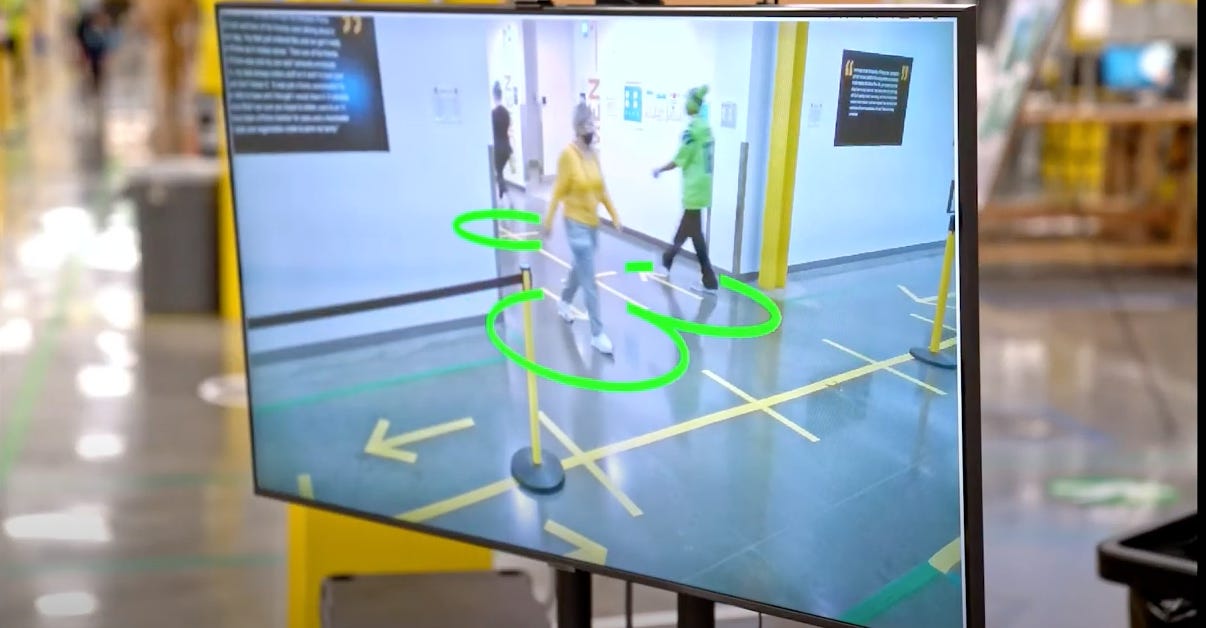 Yesterday, Amazon launched an artificial intelligence-based tracking system to enforce social distancing at its offices and warehouses to help reduce any risk of contracting the new coronavirus among its workers.

The new AI system comes as the world’s largest online retailer faces intensifying scrutiny from U.S. lawmakers and unions over whether it is doing enough to protect staff from the pandemic.   As reported by Reuters.

“Monitors set up in the company’s warehouses will highlight workers keeping a safe distance in green circles, while workers who are closer will be highlighted in red circles, Amazon said.

Amazon is also testing a wearable device that lights up and makes an audio alert when workers are too close to each other, according to an internal memo seen by Reuters. The device is to be piloted from Wednesday at a warehouse outside Seattle.

The company has also been hiring for roles like social distancing ambassadors and guardians, according to internal job postings reviewed by Reuters. Responsibilities of such hires range from frequent audits at warehouses to verifying that headcount does not exceed seating limits in break rooms.

Amazon, which will open source the technology behind its Distance Assistant system, is not the first company to turn to AI to track compliance with social distancing.

Several firms have told Reuters that AI camera-based software will be crucial to staying open, as it will allow them to show not only workers and customers, but also insurers and regulators, that they are monitoring and enforcing safe practices.

However, privacy activists have raised concerns about increasingly detailed tracking of people and have urged businesses to limit use of AI to the pandemic.

Amazon said that its tracking system is live at a handful of buildings, adding that it has plans to deploy hundreds of such units over the next few weeks.”

Interesting and it seems to work!