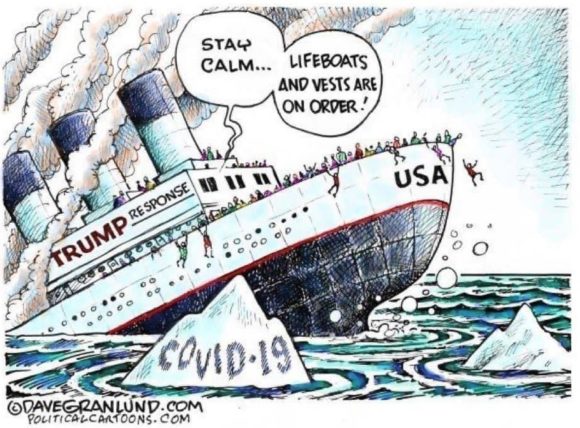 Dave Granlund has a political cartoon depicting Donald Trump as the captain of the RMS Titanic.

Look, passengers need to ask nicely for the lifeboats if they want them.We don’t have any lifeboats, we’re not lifeboat distributors.Passengers should have planned for icebergs and brought their own lifeboats.I really don’t think we need that many lifeboats.We have lifeboats and they’re supposed to be our lifeboats, not the passengers’ lifeboats.The lifeboats were left on shore by the last captain of this ship.Nobody could have foreseen the iceberg.

This is funny but very sad also.