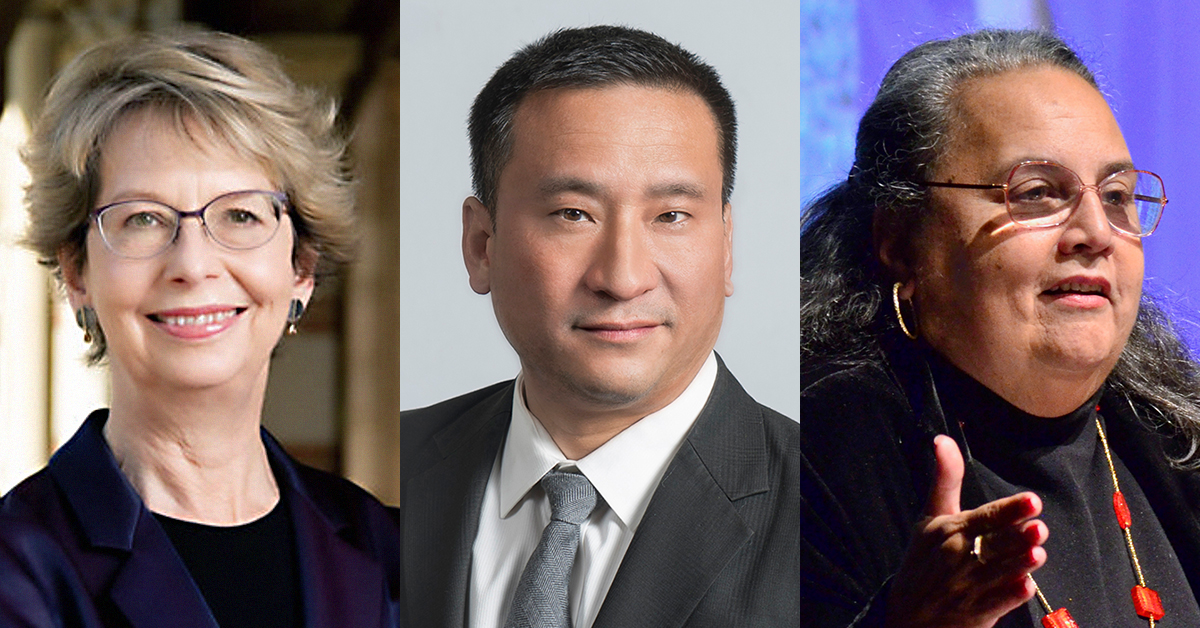 The City University of New York announced yesterday that it had appointed three new presidents at the CUNY Graduate Center, Queens College and Hostos Community College. In making these appointments, the Board of Trustees selected candidates from across the country.   As reported in the CUNY’s official announcement.

To lead The Graduate Center — CUNY’s prestigious hub of research and graduate education for the public good — the Trustees appointed Robin L. Garrell, vice provost for graduate education and graduate division dean at the University of California, Los Angeles. Dr. Garrell, whose academic background is in biochemistry and engineering, will lead a center with over 3,500 students in 31 doctoral and 16 master’s programs. The Graduate Center, located in midtown Manhattan, has 134 core faculty, joined by 1,750 additional faculty members drawn from CUNY’s colleges and New York City’s cultural and scientific institutions. Dr. Garrell will succeed Interim President James L. Muyskens​.

The Board named as president of Queens College Frank H. Wu, the former chancellor of the University of California, Hastings College of the Law, where he is currently a distinguished professor. Mr Wu will be the first Asian-American to serve as the president of Queens, a four-year college with almost 20,000 students from over 150 countries and a national reputation for its liberal arts and sciences and preprofessional programs. He will be CUNY’s second Asian-American college president following the University’s appointment last month of Dr. S. David Wu, the incoming president of Baruch College. The college was previously led by CUNY’s Chancellor, Félix V. Matos Rodríguez, who was named to the University’s top post in 2019 after five years as president at Queens. Mr. Wu succeeds Interim President William Tramontano.

To serve as the interim president of Eugenio María de Hostos Community College, the trustees named Dr. Daisy Cocco De Filippis, president of Naugatuck Valley Community College in Connecticut. Dr. De Filippis will be the first Dominican woman to serve as president of a CUNY college. She is a CUNY alumna and former provost at Hostos, one of CUNY’s seven community colleges and an important educational anchor in the Bronx for more than 50 years. Dr. De Fillipis will succeed Hostos President David Gómez, who recently announced his plans to retire.

“These are three outstanding leaders who bring not only exceptional credentials and deep experience, but the kind of diverse backgrounds and experiences that make them perfect choices for the nation’s largest public urban University,” said Chairperson William C. Thompson Jr. “Each of these accomplished educators has demonstrated a commitment to advancing opportunity for students and the vision to lead their campuses into the future as we emerge from the COVID-19 emergency and continue our pursuit of the University’s vital mission for the people of New York.”

“I am thrilled that our national searches brought us such dynamic educators and leaders as we look to rebound from the challenges of these uncertain times,” said Chancellor Félix V. Matos Rodríguez. “Robin Garrell is a brilliant scientist with a track record of increasing diversity and inclusiveness among the ranks of graduate students. Frank Wu is a trailblazer in legal education who has broken barriers for Asian-Americans. And I am delighted to welcome back Daisy Cocco De Filippis, a pioneer in Dominican studies who had great success advancing opportunities for low-income students in Connecticut.”

Further biographical information about each of these presidents can be found here.

We wish all of them the best of luck!