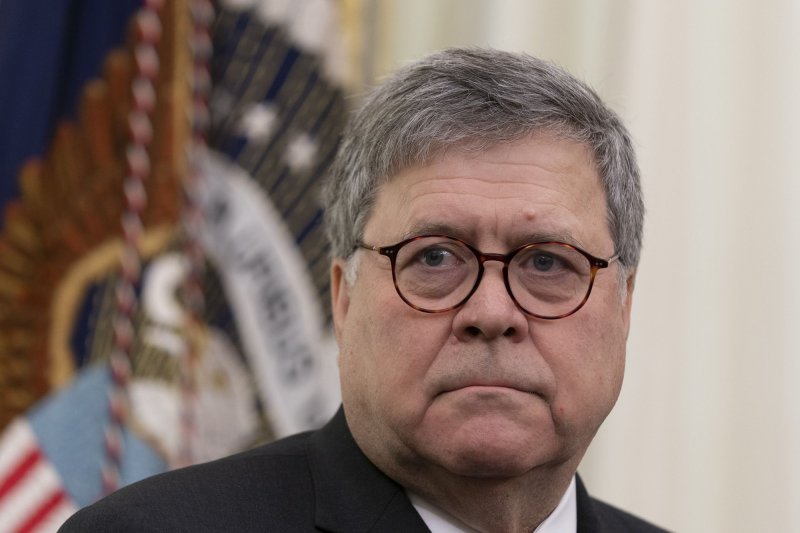 “It is unheard of for the Department’s top leaders to overrule line prosecutors, who are following established policies, in order to give preferential treatment to a close associate of the President,” they said.

In their call for Barr’s resignation, the former Justice Department officials suggested his behavior is a threat to democracy.

“Governments that use the enormous power of law enforcement to punish their enemies and reward their allies are not constitutional republics; they are autocracies,” they wrote.

Stone was convicted of lying to Congress and witness tampering in order to impede investigators looking into the Trump campaign. He was one of the highest-profile Trump allies to face prosecution resulting from special counsel Robert Mueller’s investigation into Russian interference in the 2016 election.

After prosecutors in the Stone case filed a sentencing request on Monday seeking up to nine years in prison, Trump called the decision a “miscarriage of justice” on Twitter.

The following day, the U.S. Attorney’s Office for the District of Columbia filed a new recommendation that didn’t suggest any particular length of time. The move led all four prosecutors in the Stone trial to drop out of the case.

In their open letter, the former officials said an independent, nonpolitical Justice Department is vital to the “Department’s sacred obligation to ensure equal justice under the law.”

“President Trump and Attorney General Barr have openly and repeatedly flouted this fundamental principle,” they wrote, “most recently in connection with the sentencing of President Trump’s close associate, Roger Stone, who was convicted of serious crimes.”

The officials praised the prosecutors who withdrew from the Stone case, and they called on anyone who witnesses similar abuses to refuse to carry them out; report all misconduct to the DOJ inspector general; withdraw from cases in which they are given unethical directives; and ― “in a manner consistent with professional ethics” ― alert the American people of the reasons for their resignation, should the time come.

In an interview with ABC on Thursday, Barr said Trump’s comments and tweets about the Justice Department and specific cases “make it impossible” for Barr to do his job. In their letter, the former DOJ officials say Barr’s interview, which came amid a wave of public concern about the department’s independence, did little to inspire confidence.

“Mr. Barr’s actions in doing the President’s personal bidding unfortunately speak louder than his words,” they wrote, adding that those actions “require Mr. Barr to resign.

This letter should mean something to Barr coming from his professional associates.  It doesn’t mean a thing to Donald Trump.