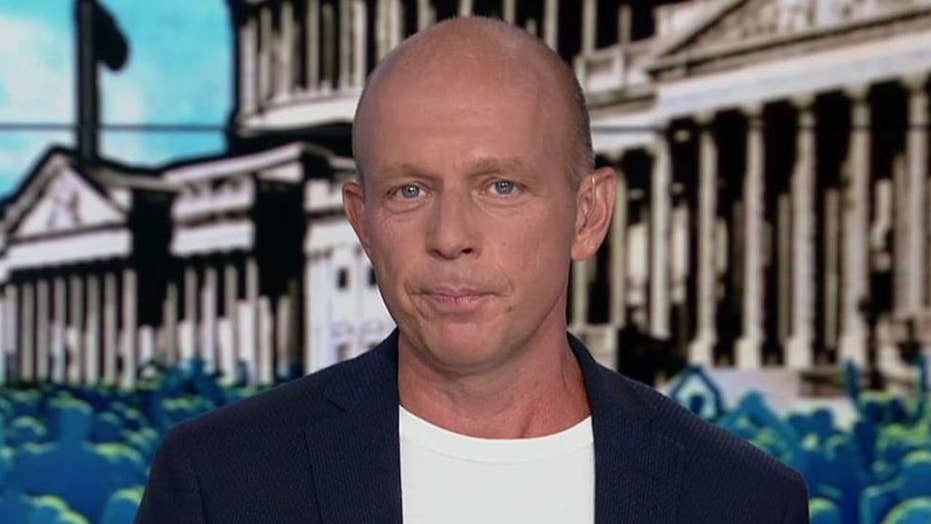 “It turns out that the former mayor’s own personal business interests are wrapped up in all this,” Hilton said on Sunday night. “To put it simply, he’s been trying to enrich himself on the back of his relationship with President Trump.”

Giuliani has been on the front lines of Trump’s attempts to pressure Ukraine into getting dirt on his political rivals, something he claimed was done at the request of the State Department.

At the same time, Giuliani was pursuing contracts for his consulting business with Ukrainian officials, the New York Times and Washington Post reported last week.

He said the contracts were never finalized and he “got paid ZERO.”

Those proposed contracts also named Joseph diGenova and Victoria Toensing, a husband-and-wife pair of attorneys who have also been linked to Trump and have appeared on TV in defense of the president.

“I’m just fed up with the lot of them,” Hilton said, calling them “hangers-on” and “grifters.”

“It’s time to dump these toxic chumps,” he declared on his show, “The Next Revolution.”

Hilton has been one of many vocal pro-Trump voices on Fox News. Trump has thanked Hilton for praising him, called him “a real pro,” and has appeared on his show.

Trump had previously claimed he had no knowledge of the payments.

The Associated Press reported in October that some of Trump’s aides have been pushing the president behind the scenes to ditch Giuliani.

Trump has stood by Giuliani, calling him “honorable.”

However, Giuliani has said more than once that he has “insurance” if Trump ever decides to ditch him.

The big bus might be just around the corner.