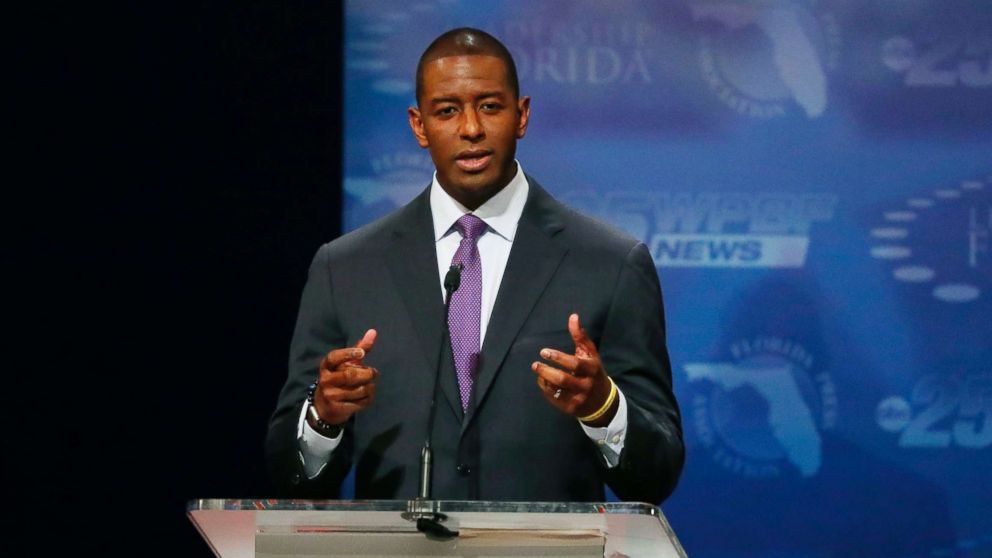 Andrew Gillum, the former mayor of Tallahassee, Fla., and the 2018 Democratic nominee for governor in the state, says he knows why President Trump left his lifelong home of New York to take up residence in Florida and doubts his “antics” for reelection will work.

“The president knows as well as anybody how critical Florida is …We are the only state on the map right now that could deny Donald Trump single-handedly a second term. So the president’s campaign manager nationally has relocated to the state of Florida. His national Hispanic outreach effort is based out of Miami, Fla., and now he has moved to the state of Florida as a way to further shore up his support.”   As reported by Yahoo News, Gillum said.

“People are going to see through those kinds of antics.. Florida is a highly competitive state, and I’ve committed that my job between now and November 2020 is doing everything that we can to flip Florida blue in the presidential race.”

Trump, who won Florida in 2016 by 1.2 percentage points, earlier this month cited high taxes and poor treatment from New York officials in his decision to relocate his permanent residence to Palm Beach.

“So goes Florida, so goes the country,” said Gillum, who lost his gubernatorial run last year. “If you take Florida, by and large you win the White House.”

“I don’t think we’re going to run and win this race against Donald Trump by basically saying Donald Trump is a bad person or that he’s unqualified for his office. We know that. We’re gonna win this race by giving voters something to go out there and vote for and not just against,” the Florida native said, before offering advice to Democrats looking to win over his state and take the Oval Office.

“Run towards the future, run towards painting a picture that we the regular Americans can see ourselves in. If this is about deposing Donald Trump, that doesn’t tell me enough about what you’re going to do for my life, for my family, for my children, for my future,” Gillum said.

He added: “Elections are won on the future and not the past, and we need a nominee and a vice presidential nominee who are going to be concentrated on painting that kind of a futuristic vision and not one about whether Donald Trump is bad or not. I’ve already made my decision about that, and frankly, most voters have as well.”

Gillum, a proponent of protecting and expanding voting rights, revealed his fears that election interference will discourage voters from turning up at the polls next year.

“I have the belief that at the end of the day, [Trump is] going to be held accountable for having accepted foreign resources in a domestic election,” he said, but “the way this plays out for everyday people is it rips away at the confidence that they have when they go to vote, that their intention, that their vote is actually going to be registered in the system and that it will count.”

“That is the long-lasting legacy of not just Russian involvement and intrusion in domestic elections,” Gillum added, “but also the lasting legacy of voter disenfranchisement, voter intimidation, the legacy of lives beyond any one election cycle. It plays with the psyche and it convinces people that maybe their votes don’t count, which we have to fight against every day.”

The Democratic Party can use a few more Andrew Gillums in places like Pennsylvania, Wisconsin, and Michigan.