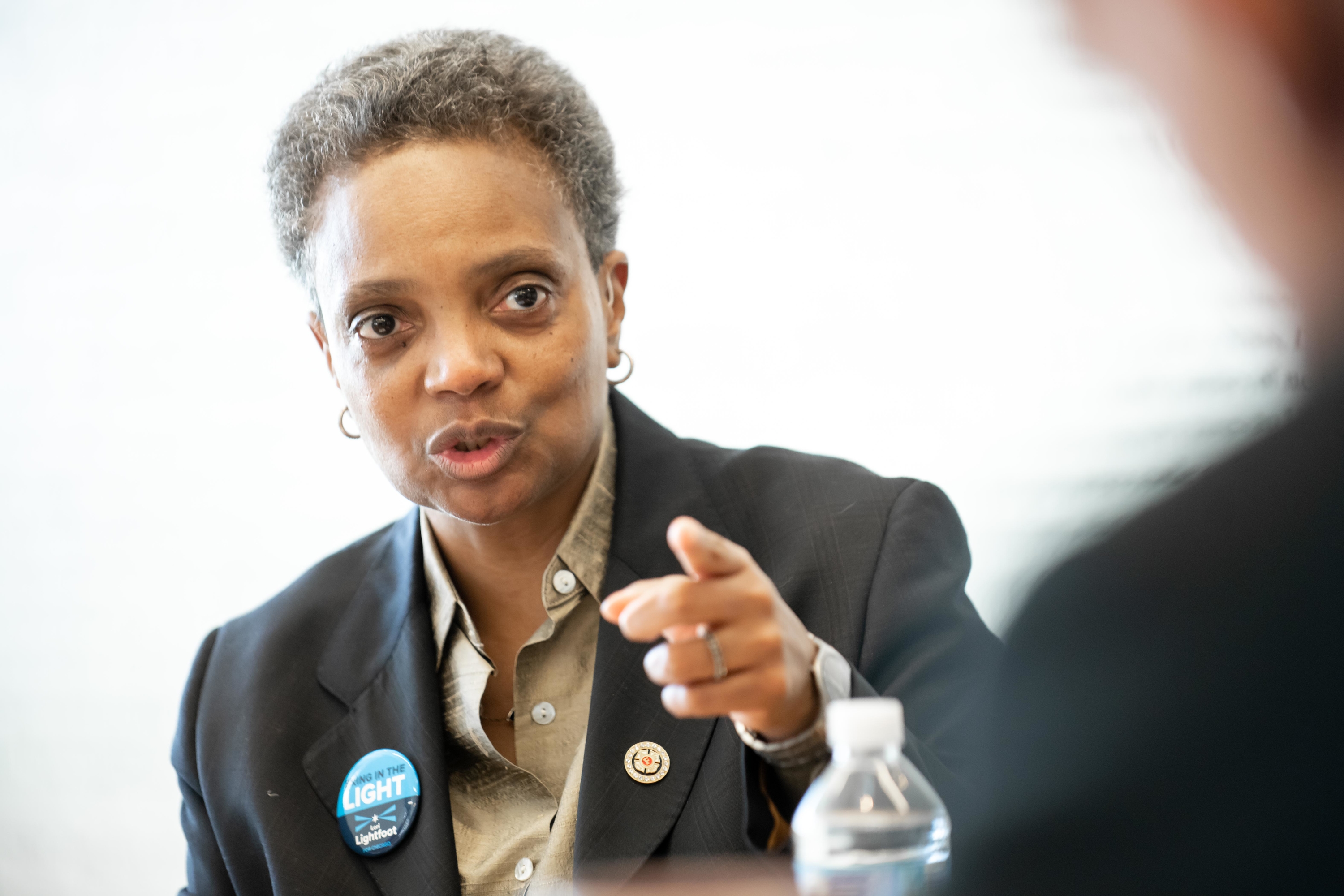 Teachers in Chicago announced last night that they would go on strike, forcing the cancellation of classes for more than 300,000 public school students in the nation’s third-largest district starting today.  This was expected as the Chicago Teachers Union and the city were not near agreement on a new contract.  As reported by The New York Times.

“The strike threatened to upend life in the city, as parents raced to make arrangements for child care and as city officials began to activate a contingency plan for supervising and feeding students in school buildings.

The strike in Chicago is the latest in a string of more than a dozen major walkouts by teachers across the country since early last year. It is an important early test for Mayor Lori Lightfoot, who was elected this year after a campaign in which she called for more nurses and social workers in the city’s schools — some of the very changes Chicago’s teachers are seeking now.

The city and the Chicago Teachers Union, which represents more than 20,000 educators, had been in tense contract negotiations for months, although there had been signs of progress in recent days.

The split between the city and the union stretches beyond traditional debates over pay and benefits, though representatives for each side disputed details of what had been offered during negotiations and what the exact points of contention were now.

The city said that it has offered teachers pay raises totaling 16 percent over a five-year contract, while union leaders have called for increases of 15 percent over a shorter three-year term. More pressing, union leaders say, are their calls for a promise — in writing — of smaller class sizes, more paid time to prepare lessons and the hiring of more school nurses, social workers, librarians and counselors. Other issues, including affordable housing provisions and protections for immigrant students, have also been raised.

The strike is the first for Chicago’s school system since 2012, when teachers walked out for seven days as part of a defining battle with the city’s previous administration.

The standoff with the unions represents one of the first significant challenges for Ms. Lightfoot, a Democrat who took office this year after an overwhelming electoral victory in all 50 of the city’s wards. The teachers’ union endorsed Ms. Lightfoot’s opponent, also a Democrat, and suggested Ms. Lightfoot was not progressive enough.

Ms. Lightfoot, who had never before held elective office, ran for mayor promising to undo inequities that have left parts of Chicago behind, including mostly African-American neighborhoods on the city’s South and West Sides where some schools have been closed in recent years. About 47 percent of the system’s students are Hispanic, 37 percent are African-American and 10 percent are white, according to Chicago Public Schools records; some 76 percent are economically disadvantaged.

Complicating matters is the school system’s fiscal situation, which has been dire but has improved enough to make labor negotiations even possible. With an annual budget of $5.98 billion, the system has long faced fiscal struggles, including high unfunded pension liabilities. In recent years, major credit agencies have rated the school system’s bonds below investment grade. But over recent months, its financial outlook has stabilized somewhat, in part because of increased state aid.

Ms. Lightfoot voiced frustration on Wednesday as the strike neared, suggesting that she agreed with much of what the teachers want. During her campaign for mayor, Ms. Lightfoot called for putting full-time nurses, social workers and librarians in all city schools, and promised to expand counseling services, recruit more black and Hispanic teachers and increase after-school programs.

“At every turn, we’ve bent over backwards to meet the union’s needs and deliver a contract that reflects our shared values and vision for our schools and the support of our students,” Ms. Lightfoot told reporters at City Hall on Wednesday.

But Stacy Davis Gates, vice president of the Chicago Teachers Union, said the city had failed to offer more than the status quo on some essential issues.

“Negotiating in good faith means that we get to reach a settlement,” Ms. Davis Gates said. “If she cannot land a deal for teachers for public schools in Chicago, then you have to question her ability to get work done in this city.”

She also suggested that Ms. Lightfoot’s image would depend on how the contract dispute was resolved.

“Our children deserve the best that this city has to offer,” Ms. Davis Gates said. “They do not deserve broken promises. Our South Side communities, our West Side communities are littered with broken promises, unkept commitments. This contract has to represent something different for the city of Chicago — it has got to represent something different. And she ran to do that. Period.”

Chicago was the birthplace of unionization among teachers in the late 19th century, and the heavily Democratic city has remained a hotbed of teacher activism. The Chicago Teachers Union clashed with Rahm Emanuel, Ms. Lightfoot’s predecessor as mayor, during the 2012 strike. In December 2018, Chicago was the site of the first teacher strike at a charter school network.”

Let’s hope this is not a long strike!