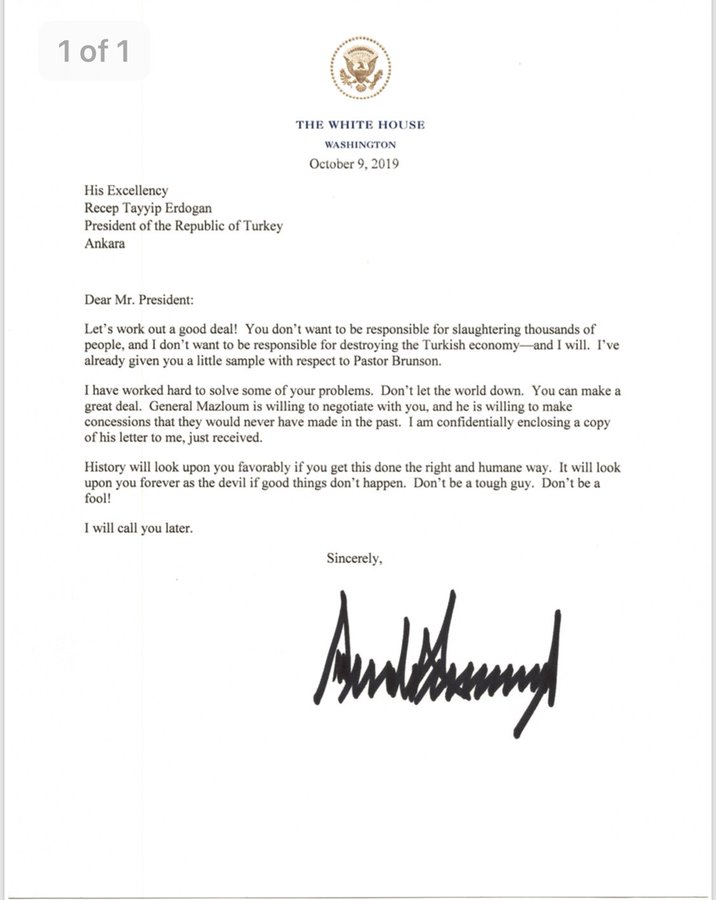 House Speaker Nancy Pelosi walked out of a meeting with Donald Trump yesterday about the crisis in Syria  after she said the president had had a “very serious meltdown” and insulted her in front of other congressional leaders.  As reported by Yahoo News and other media.

“What’s really sad about it is that I pray for the president all the time and I tell him that, I pray for his safety and that of his family. Now we have to pray for his health, because this was a very serious meltdown on the part of the president,” Pelosi told reporters on Capitol Hill.

She and other members of Congress had gathered at the White House Wednesday afternoon to be briefed by Trump on his decision to pull U.S. troops from a Kurdish enclave in northern Syria, allowing Turkish forces to invade the region. It was the first face-to-face meeting between Trump and Pelosi since House Democrats began their impeachment inquiry of the president in late September, and it came just hours after the House passed a resolution by a bipartisan vote of 354 to 60 rebuking the president for abandoning Kurdish militias that the U.S. had recruited to fight ISIS.

During the meeting, Trump lashed out at Pelosi, according to Democrats who attended, calling her a “third-rate politician.”

“She kept her cool completely, but he called her a third-rate politician,” Schumer said. “He said that there are communists involved and you guys might like that. I mean, this was not a dialogue. It was a diatribe.”

According to the accounts of Democrats who attended the meeting, Pelosi confronted Trump over his change of policy, saying it had allowed Russian President Vladimir Putin to gain a “foothold in the Middle East,” and telling Trump that “all roads with you lead to Putin.”

Trump seems to have been caught off guard by the reaction to his decision, which was taken without consulting his Cabinet or staff after an Oct. 6 phone call with Turkish President Recep Tayyip Erdogan. The next day he threatened to “obliterate” the Turkish economy with sanctions if Erdogan’s forces provoked bloodshed in Syria. And on Wednesday the White House leaked an Oct. 9 letter (see above) from Trump to Erdogan that struck observers as so out of the ordinary for communication between heads of state that for several hours journalists treated it as a possible hoax.

White House press secretary Stephanie Grisham placed blame on Pelosi and Schumer for the breakdown of the White House meeting.

“While Democratic leadership chose to storm out and get in front of the cameras to whine, everyone else in the meeting chose to stay in the room and work on behalf of this country,” Grisham said.

Trump has faced fierce pressure from members of both parties, including some within his own administration, for his handling of Turkey’s attacks on Kurdish forces. Earlier in the day, he parroted Russian, Turkish and Syrian talking points when he declared that the Kurdish PKK “is probably worse at terror, more of a terrorist threat in many ways, than ISIS,” and signaled that the dispute between Turkey, Syria and the Kurds was not America’s problem.

Trump is losing it!