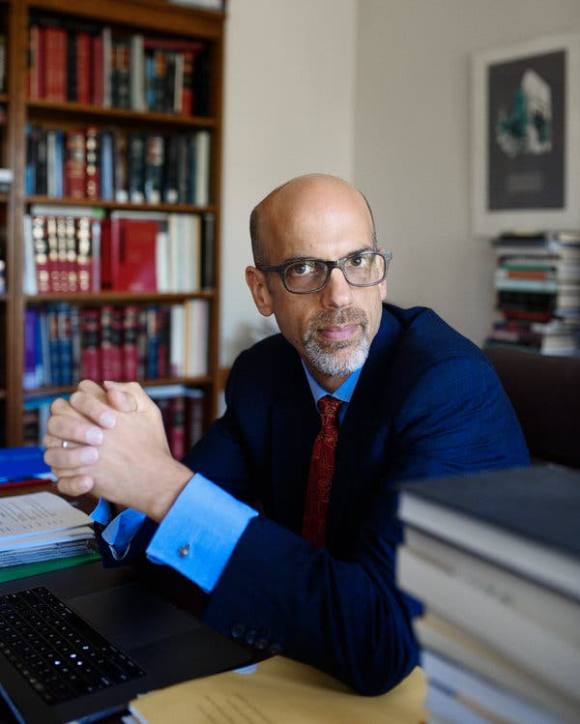 In The Meritocracy Trap, Yale Law School Professor Daniel Markovits delivers a fierce indictment of a system he says is undermining democracy and making everyone miserable.   He argues  that elites have set their children up to out-achieve everyone else, then justify their rewards as stemming solely from “merit.”  Here is an excerpt from a New York Times article reviewing his book and his position.

“In 2015, the graduating class at Yale Law School, as custom has it, elected one of its professors to give the commencement address. And when the day came, the speaker, Daniel Markovits, got onstage and told the students, more or less, that their lives were ruined.

“For your entire lives, you have studied, worked, practiced, trained and drilled,” he declared.

And that rat race was far from over, at least if graduates wanted to maintain their, and their children’s, place in the “new aristocracy” of merit.

“To promote your eliteness — to secure your caste — you must ruthlessly manage your training and labor,” he said.

“To live this way,” he continued, “is, quite literally, to use oneself up.”

The speech turned the audience at the most elite of elite law schools on its ear (even if it likely knocked few off their post-graduation paths). And now Mr. Markovits is taking his message to the masses, with a big new book arguing that the meritocratic ideal has not only fed rampant inequality and hollowed out the middle class, but also threatens democracy itself.

A revolt against meritocracy has been building in recent years, accompanied by a growing shelf of books from across the ideological spectrum decrying how a system intended to open up opportunity has instead created an entrenched, self-perpetuating, self-satisfied ruling class.

In “The Meritocracy Trap: How America’s Foundational Myth Feeds Inequality, Dismantles the Middle Class and Devours the Elite,” to be published on Tuesday by Penguin Press, Mr. Markovits draws on reporting, history, sociological analysis and a raft of charts and tables to present perhaps the most sweeping and detailed indictment to date.

In “The Meritocracy Trap,” Mr. Markovits argues that a system intended to open up opportunity has instead created an entrenched, self-perpetuating (and thoroughly miserable) ruling class.

It’s also one coming from someone with two Yale degrees, an Oxford doctorate and a tenured job-for-life inside one of the meritocracy’s most rarefied bastions. Which is something more than one enraged reader emailed him to point out after The Atlantic published an excerpt under the provocative title “How Life Became an Endless, Terrible Competition.”

“Obviously, some people had the perfectly sensible thought ‘Who the hell are you, sitting at Yale Law School?’” Mr. Markovits, 50, said during a recent interview in his office in the school’s hushed neo-Gothic building here.

“But I’m not more virtuous or honorable than anyone else,” he said. “I’m trapped in this system, too.”

One of his key arguments is that today’s wealthy, unlike the aristocracy of old, overwhelmingly work for a living, often in soul-crushing “extreme jobs” that demand 60, 80, even 100 hours a week. By his calculation, about 75 percent of the top 1 percent’s increase in the share of national income from roughly 1970 to the present came from returns on labor, not capital.

The book can been seen as a companion — and riposte — to Thomas Piketty’s surprise best seller “Capital in the 21st Century,” which attributes growing inequality to increased returns on accumulated wealth. But some of Mr. Markovits’s admirers put his book in even grander company.

“I think this as his ‘Kapital,’” said Timothy Snyder, a historian at Yale who has known Mr. Markovits since they were graduate students in Britain in the early 1990s, referring to Karl Marx’s magnum opus.

“He’s trying to get political economy and morality lined up with each other in a way that’s surprising and true and useful,” Mr. Snyder continued. “But unlike ‘Kapital,’ he actually finished it. And it’s a much, much better read.”

So far, not everyone is as impressed with how Mr. Markovits tweaks Marxian class analysis. In a sharp critique in The New Republic, Sarah Leonard questioned his downplaying of the power of capital over labor, as well as his faith that demoralized meritocrats might make common cause with the beleaguered middle class in exchange for a saner life.

“Elite professionals know which side their bread is buttered on, and make huge salaries serving the interests of capital,” she wrote.

Mr. Markovits’s book may be perfectly pitched to the contemporary political moment. But friends and colleagues describe him as both down-to-earth and somewhat otherworldly and out of time, starting with his habit of beginning every email by typing out the date and his location (even while onboard a moving train: “Amtrak 2168”), as if writing a 19th-century letter.

During a nearly three-hour conversation about his book, Mr. Markovits — tall and thin, with an intense gaze and a quasi-British mossiness around some vowels — mostly sat perched on a windowsill, crossing and uncrossing his very long legs like a crane in a too-small nest.

He’s a humanist and also very much a data guy. “The Meritocracy Trap” is full of striking statistics illustrating just how dramatically the meritocratic elite is pulling ahead of the middle class by just about every measure, while the middle class sinks closer to the poor.

Many on the left see the success of the rich is due mainly to fraud or manipulation. But the real problem, Mr. Markovits argues, is that elites have set their children up to out-achieve everyone else, then justify their rewards as stemming solely from “merit.”

“Yes, those things are going on, but they are not the principal part of the problem,” Mr. Markovits said, referring to schemes like the recent college admissions scandal. “They should be shut down, but it’s dangerous to shut them down with a set of ideas that reifies meritocracy. You’re just reaffirming the real evil.”

Mr. Markovits, the son of two law professors, enjoyed what he describes as a version of the kinder, gentler 1980s middle-American meritocratic childhood that has been wiped out by today’s ruthless competition.”

The Meritocracy Trap goes on sale today.  I have put my order in at Amazon.