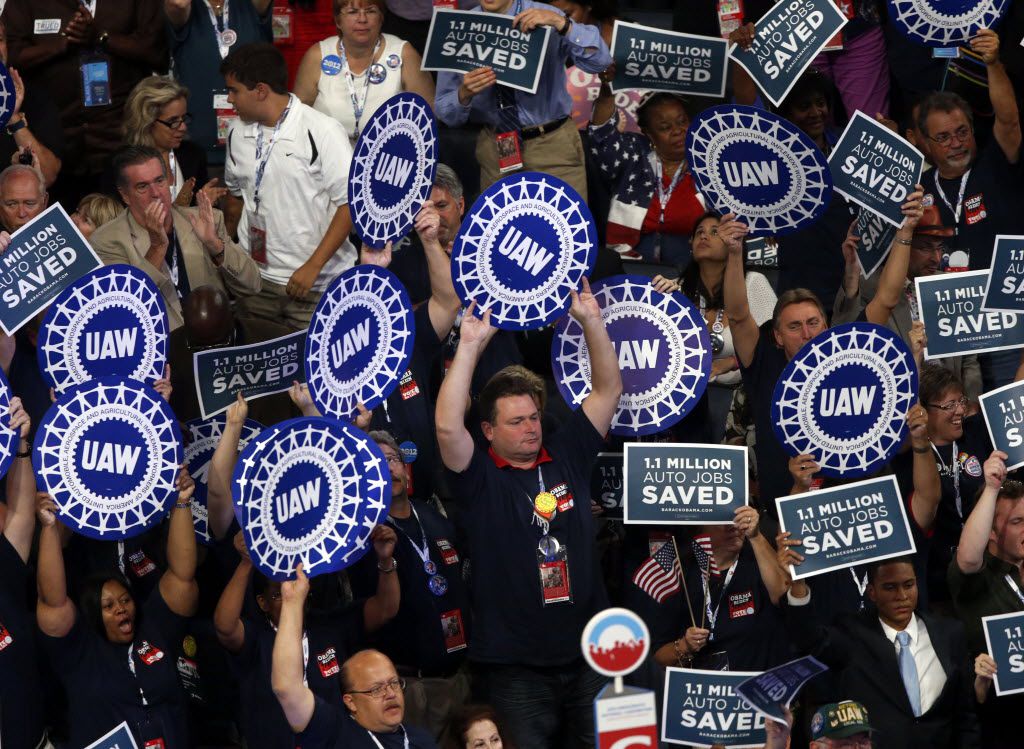 Washington Post columnist, E.J. Dionne Jr. has a piece today calling on his readers to remember the legacy of Labor Day.  While Labor Day officially became a federal holiday in 1894, Dionne focuses on the Treaty of Detroit, a labor contract agreed to by General Motors and the United Auto Workers in 1950.  He comments  that it “fundamentally altered the social contract in the United States” and quotes a Fortune Magazine article concluding that it “made the worker to an amazing degree a middle class member of a middle class society.”  Sadly we live in a much different time.  Below is Dionne’s entire column.

Enjoy your time with family and friends today!

Remembering the Legacy of Labor Day

It was known as the Treaty of Detroit, but it did not end a shooting war. In 1950, Walter Reuther, the legendary leader of the United Auto Workers union, and Charlie Wilson, the CEO of General Motors, agreed to a historic labor contract that bought the automaker five years of labor peace.

After more than a decade of sometimes violent conflict and short-term contracts, Wilson wanted stability so he could expand his company. The result was a trendsetting deal that included not only substantial wage increases but also generous pension and health-care coverage. The Post labeled it “a great event in industrial history.”

Those were the days. At the peak of its power at the end of World War II, the American labor movement — which had cooperated closely with management and government to create democracy’s great arsenal — fundamentally altered the social contract in the United States. Fortune magazine said the Treaty of Detroit “made the worker to an amazing degree a middle class member of a middle class society.”

The story of the Reuther-Wilson pact is told in Steven Greenhouse’s “Beaten Down, Worked Up: The Past, Present, and Future of American Labor,” an excellent account of how important strong unions were in moving our nation “toward greater economic and social justice,” and how their decline has increased “inequality and unfairness.”

Greenhouse, who spent 19 years covering labor and workplace issues for the New York Times, is unabashedly pro-labor without ignoring the union movement’s warts and shortcomings. His essential point is that, while we can talk all we want about how technological change and the decline of manufacturing work have undercut the living standards of many Americans, the truth is that better wages and benefits are almost always the product of bargaining power. Building that power was the work of tough-minded idealists such as Reuther, backed by New Deal-era labor laws rooted in an understanding that mass purchasing power underwritten by decent wages was good for the overall economy.

In the years since the Treaty of Detroit, the negotiating leverage of American workers has been vastly diminished. In the absence of powerful unions, we have yet to find an alternative and sustainable way of representing employees’ interests.

We have also lost the sense of solidarity that originally inspired Labor Day. Greenhouse recounts a conversation with his then-86-year-old mother when he was in Wisconsin covering Republican then-Gov. Scott Walker’s offensive to gut collective bargaining and cut public employee benefits.

How did we get to this point? In another must-read book for our moment, “The Economists’ Hour: False Prophets, Free Markets, and the Fracture of Society,” Binyamin Appelbaum argues that the growing role of professional economists since the late 1960s fundamentally altered popular understandings about how the world should work.

We have moved, Appelbaum argues, from a healthy respect for what markets can accomplish in their proper sphere to a “single-minded embrace of markets” that “has come at the expense of economic equality, of the health of liberal democracy, and of future generations.”

Appelbaum, who writes about economics and business for the New York Times editorial page, values what economists do, but the ones he respects most are those who understand the limits of a purely material understanding of what matters. He quotes the brilliant Amartya Sen: “Economic growth cannot sensibly be treated as an end in itself. Development has to be more concerned with enhancing the lives we lead and the freedoms we enjoy.”

The financial crisis of 2008, as Appelbaum suggests, will be seen historically as dropping the curtain on a period of market supremacy and radical individualism. The transition to the next act is not pretty. The rise of right-wing nationalism is part of the reaction against the earlier era’s mistakes. The times call for democratic visionaries of Reuther’s stripe who understand that free societies — and, yes, thriving economies — depend on sharing the fruits of our productivity and rebuilding a solidarity that can overcome our fractiousness.