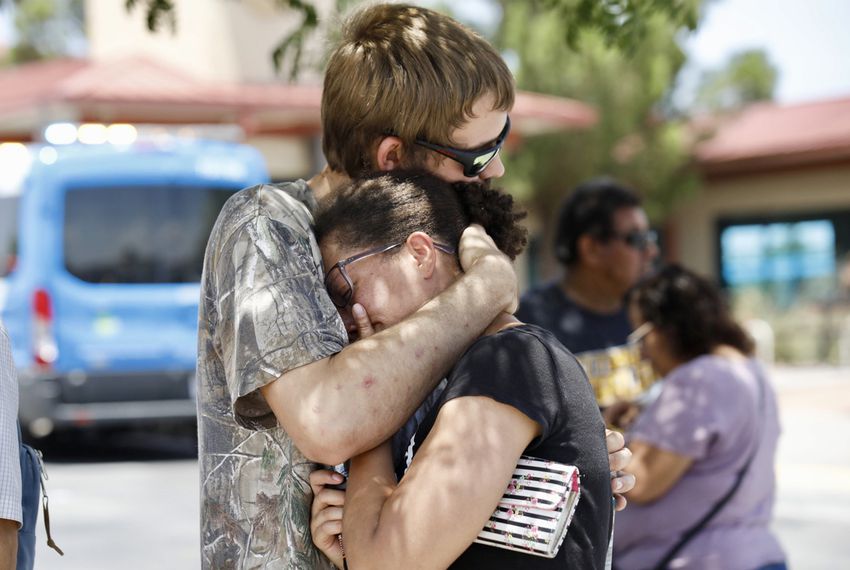 Yesterday, 20 people were killed in a Walmart shopping center in El Paso, Texas and another 20 plus were injured.  Authorities identified the gunman as Patrick Crusius, from a Dallas suburb. He was taken into custody after he surrendered to the police outside the Walmart. The authorities said they were investigating a manifesto Mr. Crusius, who is white, may have posted before the shooting, which described an attack in response to “the Hispanic invasion of Texas.”

The manifesto the chief appeared to be referring to was an anti-immigrant online screed titled “The Inconvenient Truth.” The post declares support for the gunman who killed 51 people in Christchurch, New Zealand; outlines fears about Hispanic people gaining power in the United States; and appears to discuss specific details about elements of the attack, including weapons. The four-page manifesto was posted on 8chan, an online forum where the Christchurch gunman also announced his attack. It appeared to have been published at 10:20 a.m., 19 minutes before the first 911 call, according to an archived version of the website.

“Hispanics will take control of the local and state government of my beloved Texas, changing policy to better suit their needs,” the manifesto said. It added that politicians of both parties are to blame for the United States “rotting from the inside out,” and that “the heavy Hispanic population in Texas will make us a Democrat stronghold.”

In response to the killings, South Bend, Indiana, Mayor Pete Buttigieg expressed concerns that the U.S. is “under attack” by white nationalists carrying out mass shootings — and those white nationalists have been encouraged by President Donald Trump.

Buttigieg was one of 19 Democratic presidential candidates speaking at a forum in Las Vegas sponsored by the public-sector labor union AFSCME. During the event, co-moderated by HuffPost’s Amanda Terkel and The Nevada Independent’s Jon Ralston, news broke of the  mass shooting in El Paso, Texas.

Buttigieg, in his opening statement at the forum, condemned the shooting and commented:

“America is under attack from homegrown white nationalist terrorism.  White nationalism is evil. And it is inspiring people to commit murder, and it is being condoned at the highest levels of the American government, and that has to end.”

“It’s flourished under his watch,” he said. “This isn’t an accident.”

Buttigieg also stressed the need for stricter gun control laws across the country.

“We are the only country in the world with more guns than people,” he said. “It has not made us safer. We can respect the Second Amendment (on gun rights), and not allow it to be a death sentence for thousands of Americans.”

Former Rep. Beto O’Rourke (D-Texas), who represented the El Paso area, also spoke at the forum and choked up while discussing the shooting.

“Keep that shit on the battlefield,” the White House contender said of military-style weapons. “Do not bring it into our communities.”

After his appearance, O’Rourke said he was heading back to his hometown.

Sen. Amy Klobuchar (D-Minn.) addressed the shooting while speaking to reporters backstage at the forum. She said the individual shooter bears responsibility for the violence he inflicted, but that Trump’s rhetoric has “fueled more hate in this country.”

After I posted to my blog, I learned of the second mass shooting in Dayton, Ohio early this morning.  Here is an account courtesy of the Associated Press.

Dayton police patrolling the area responded in less than a minute to the shooting, which unfolded around 1 a.m. Sunday on the streets of the Oregon District, Dayton Mayor Nan Whaley said at a press conference.

Whaley said if the police had not responded so quickly, “hundreds of people in the Oregon District could be dead today.”

The Oregon District is a historic neighborhood that Lt. Col. Matt Carper described as “a safe part of downtown,” home to entertainment options, including bars, restaurants and theaters.