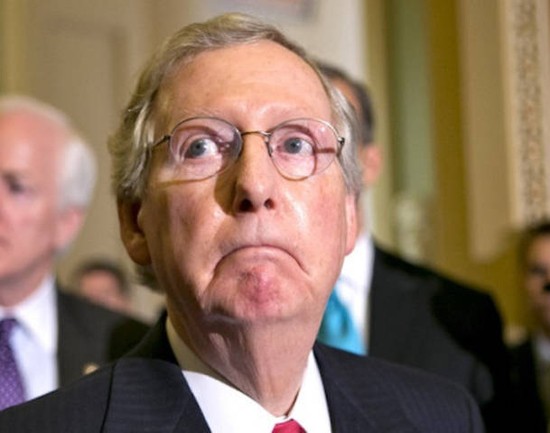 Senate Majority Leader Mitch McConnell is miffed that he has been given the nickname, Moscow Mitch for refusing to allow legislation on election security to even come up for a debate.  As reported in the New York Times:

“Senator Mitch McConnell is usually impervious to criticism, even celebrating the nasty nicknames critics bestow on him. But Mr. McConnell, the Senate majority leader, is incensed by the name “Moscow Mitch,” and even more miffed that he has been called a “Russian asset” by critics who accuse him of single-handedly blocking stronger election security measures after Russia’s interference in 2016.

Democrats had been making the case for months, but it was supercharged last week by the testimony of Robert S. Mueller III, the former special counsel, who told the House Intelligence Committee that the Russians were back at it “as we sit here.”

Mr. McConnell cites several reasons for his opposition — a longstanding resistance to federal control over state elections, newly enacted security improvements that were shown to have worked in the 2018 voting and his suspicion that Democrats are trying to gain partisan advantage with a host of proposals.

Republican colleagues say that Mr. McConnell, a longtime foe of tougher campaign finance restrictions and disclosure requirements, is leery of even entering into legislative negotiation that could touch on fund-raising and campaign spending.

But whatever Mr. McConnell’s reasoning, the criticism has taken hold — even back home in Kentucky, where the majority leader faces re-election next year.

Even President Trump felt compelled to come to his defense — as only he could.

“Mitch McConnell is a man that knows less about Russia and Russian influence than even Donald Trump,” the president told reporters Tuesday as he was leaving for a speech in Jamestown, Va. “And I know nothing.”

That did not relieve the heat on the majority leader, who on Monday had appeared to open the door ever so slightly to doing more on election preparedness.

“I’m sure all of us will be open to discussing further steps Congress, the executive branch, the states and the private sector might take to defend our elections against foreign interference,” he said as he seethed on the Senate floor over what he described as McCarthy-style attacks on his integrity and distortions of both his position on election security and his hawkish history of challenging Russia.”

“Moscow Mitch” it is.  Now we need one for the President.  How about “Traitor Trump” or “Putin’s Puppy”!