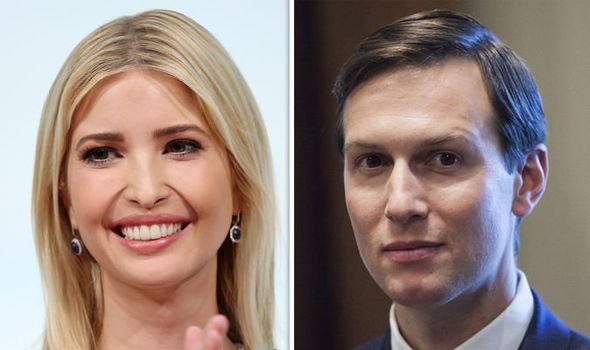 For the past three days, the media has been aggressively covering Donald Trump’s outrageous and disgusting comments about the city of Baltimore.  Well it appears that Trump’s son-in-law, Ivanka’s husband, Jared Kushner, is a Baltimore slumlord.   As reported by several news outlets:

“After a series of vicious attacks on their home by their own president, proud Baltimoreans are standing by their city. But there is something local they would likely be happy to ditch: decrepit “Kushnerville” housing provided by Donald Trump’s own son-in-law, who has been blasted by tenants in the press as a “slumlord.”

Trump lashed out on Rep. Elijah Cummings (D-Md.) in yet another attack on an African-American because of the congressman’s criticism of inhumane treatment of immigrants at the southern border, and slammed Cummings’ Baltimore district as a “disgusting, rat and rodent infested mess.”

Ironically, Jared Kushner’s many Baltimore area housing projects — which he continues to own even as he works as a senior White House adviser — racked up hundreds of building-code violations creating the kind of conditions that Trump hints at.

“We expect all landlords to comply with the code requirements that protect the health and safety of their tenants — even if the landlord’s father-in-law is President of the United States,” said a statement at the time by Baltimore County officials.

A scathing investigation in 2017 by ProPublica and co-published by The New York Times — headlined “The Beleaguered Tenants of Kushnerville” — slammed the multiple projects purchased by Kushner Cos. when it was helmed by Jared Kushner and managed by a subsidiary. Kushner Cos. bought up some 15 complexes, almost all of them in the Baltimore area, housing as many as 20,000 people, according to ProPublica. None of the housing complexes are in Cummings’ district but several are close enough to share a ZIP code, Bloomberg reports, and many house African-Americans.

The investigation examined charges of decrepit conditions and lawsuits filed against tenants when they tried to move out. One court case described a leaking bedroom ceiling, maggots in the living room carpet and raw sewage spewing form the kitchen sink in a complex called “The Cove.” It’s the kind of apartment in which “no human being” would “want to live,” to quote Trump’s comment about Cummings’ Baltimore district.

Residents argued in lawsuits that rents in the buildings were padded with mysteriously added fees or late fees as part of a ruse to evict them when the money wasn’t paid. Kushner Cos. opted to switch the suit late last year to state court after a federal judge ordered the company to reveal the identity of company investors. The cases are ongoing.

Because Kushner retained his interest in the complexes, the White House told The Baltimore Sun that he would recuse himself from any policy decisions about federal Section 8 housing subsidies. Many tenants of the Kushner complexes rely on Section 8 to pay their rent, the newspaper noted.

Though Trump is bashing Cummings over his complaints about treatment of immigrants, he may be trying to undermine the congressman as he seeks records from Kushner. The House Oversight Committee, headed by Cummings, voted Thursday to authorize a subpoena for all work-related texts and emails secretly sent and received on personal accounts by Kushner and wife Ivanka Trump. Both Kushner and the first daughter have admitted using personal accounts for work messages. The president has repeatedly slammed Hillary Clinton for using a personal server for work-related emails.”