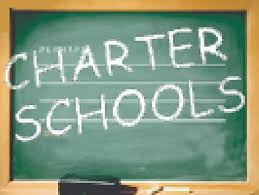 The New York Times had a featured article in yesterday’s edition written by its education reporter, Eliza Shapiro.  The article provides a review of the charter school movement in New York City and questions whether it has fulfilled its original promise to educate children better than neighborhood public schools.  Here is a an excerpt:

“When the charter school movement first burst on to the scene, its founders pledged to transform big urban school districts by offering low-income and minority families something they believed was missing: safe, orderly schools with rigorous academics.

But now, several decades later, as the movement has expanded, questions about whether its leaders were fulfilling their original promise to educate vulnerable children better than neighborhood public schools have mounted.

When Richard Buery took over last year as the head of policy at KIPP, the nation’s largest charter network, he began to ask the same questions.

He was used to challenging charter schools after years as a top deputy to Mayor Bill de Blasio, who is skeptical of the schools.

Mr. Buery, who is black and grew up in East New York, Brooklyn, noticed that black and Hispanic students in KIPP schools were sometimes being disciplined too harshly by their white teachers. The network’s high schools had impressive academic results and graduation rates, but their students then struggled in college. And KIPP executives’ relationships with elected officials were fraying.

In response, Mr. Buery adopted an unusual strategy: He publicly declared that some of the criticism of KIPP — and the charter movement in general — was merited, and announced that KIPP needed to change for it to continue to thrive.

Mr. Buery is part of a growing number of charter school executives to acknowledge shortcomings in their schools — partly in an effort to recast their tarnished image and to counteract a growing backlash that threatens the schools’ ability to influence American public education.

Charter schools now serve about three million children across the country, and have their ardent supporters. But other parents, teachers and students have increasingly voiced frustration with charters, and their protests have been seized by the progressive Democratic politicians who are ascendant in New York and other states.

“The stereotypes of the sector — there’s a reality behind them,” Mr. Buery said, referring to criticism of how charters handle discipline, race and politics. “It’s up to us to demonstrate, visibly, that we are better than the stereotype and striving to be better than what we are.”

KIPP’s internal reckoning has coincided with a moment in which New York’s elected officials and Democratic presidential candidates have turned decisively away from the charter movement. Both groups are eager to please their allies in teachers unions, which have consolidated power over the last year.

The threat to charters is severe in New York City, which is home to more than 100,000 charter school students and was once seen as an incubator within the movement.

Last month, Gov. Andrew M. Cuomo, a Democrat who has been a crucial supporter of charters, declared that the State Legislature would not lift a cap on the number of new charters issued citywide. By halting charter growth indefinitely, Albany lawmakers have begun to erode the schools’ foothold in the country’s biggest school system.

At the same time, Mr. de Blasio, who hired Mr. Buery to oversee his signature universal pre-K program, has threatened to make it harder for the schools to advertise to parents and to share space with district schools.

It remains to be seen whether charters’ attempts to change will be abandoned when the politics shift, or whether the new direction will come to redefine the movement.

But as New York’s charters are buffeted by fresh criticism, even the schools’ leaders are broadcasting their mistakes.

Steven Wilson, the chief executive of a Brooklyn-based charter school network, Ascend, scrapped his charters’ rigid approach to discipline after he realized his schools were full of unhappy students and tense teachers. “We wanted to blow all that up,” he said. “We wanted to hear students talking, exchanging ideas, taking intellectual risks. And that was largely absent.”

“We need to get our own house stronger and better,” said Doug McCurry, a chief executive at Achievement First, which opened a Brooklyn charter school exclusively for students with disabilities in 2017. The network, Mr. McCurry said, cannot be a legitimate alternative to traditional public schools unless it serves all students, including children with special needs.

New York is home to a diverse group of charter leaders, not all of whom agree that changing course is the right way to handle internal criticism and political pressure.

Eva Moskowitz, who runs the city’s largest charter network, Success Academy, has held fast to a model that relies in part on discipline and compliance. That approach has led to extremely high test scores and national accolades — alongside pushback from some families and staff members.

“We listen to our parents and they overwhelmingly support the high standards we set for student conduct,” said Ann Powell, a spokeswoman for Success. Many of New York’s charter networks, including Success, have long waiting lists of parents eager for a seat for their children.

Eventually, Ms. Moskowitz and some other charter school leaders believe, the political pendulum will swing back.

The college graduation rate for KIPP alumni is about 35 percent, above the national average for low-income students but not nearly as high as its founders had envisioned. After years of attempts to help KIPP alumni graduate, the network is proposing new solutions, which it hopes other schools will emulate.

“Entreaties by charters to reform themselves are welcome, but I really think reform has to come from the outside,” said State Senator Brad Hoylman, a Manhattan Democrat who introduced a bill this year that would limit public funding for charters and require the schools to enroll more students with disabilities and children learning English.

“We haven’t seen any of the results of those reforms yet,” he added.

But educators at charter schools say the proof is in the classroom.

“It’s not every day you see a principal who looks like me,” said Brandi Vardiman, the principal of KIPP STAR, a Harlem elementary school, on a recent morning as she passed pictures of students and teachers in Black Lives Matter shirts. About 70 percent of STAR’s staff is black or Hispanic, one of the highest rates of KIPP’s 13 New York schools.

Mr. Buery is part of a push to reverse the norm of mostly black and Hispanic charters in New York being staffed mainly by white teachers. Studies have found that black students who have even one black teacher are more likely to go to college than black students who do not. KIPP hired a chief diversity officer to promote “anti-racist practices.”

Ms. Vardiman created a class for students to learn about the Harlem Renaissance and the effects of gentrification on the neighborhood. She rephrased word problems in math classes: “Instead of, ‘Sally went to the store to buy five apples’, it might be instead, ‘Maria went to the bodega to get three avocados.’”

After Michael Brown was killed in Ferguson, Mo., in the summer of 2014, Ms. Vardiman held an assembly so kindergarten and first-grade students could discuss the shooting on the first day of school.

“It was like, ‘Are we just supposed to ignore this?’” she thought.

In Bushwick, Brooklyn, Mr. Wilson, of Ascend, walked through one of his network’s schools and remembered when all its classrooms featured a seemingly innocuous but widely feared piece of paper: a green, yellow and red poster resembling a traffic light.

A clip with every student’s name on it would be placed on green at the beginning of the day, to denote good behavior. But if a child called out an answer without raising a hand or fidgeted in their seat, for example, their clip would be moved to yellow, then red.

Ascend, like most charter school networks, embraced a strict set of discipline policies known as “no excuses,” which is based on the idea that punishing minor issues will prevent bigger problems. It wasn’t working.

“The conversation in the bustle of the kids leaving was, ‘What color were you on today?’” said Mr. Wilson. “Not what did you learn, or what excited you, or what did you discover? We thought this was just tremendously sad.”

Ascend jettisoned its discipline code in 2013. Suspensions for elementary school students have since plummeted by 40 percent while test scores have risen by about 35 percentage points in English and math.”