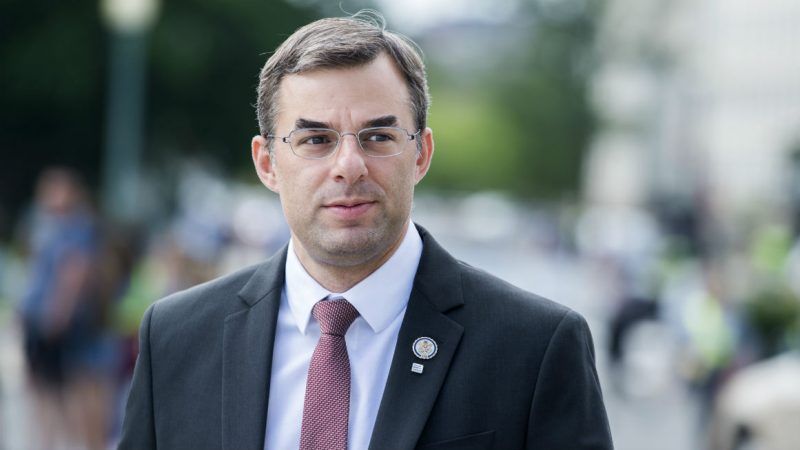 Congressman Justin Amash celebrated the Fourth of July by declaring his independence from the Republican Party.

“Today, I am declaring my independence and leaving the Republican Party…

…No matter your circumstance, I’m asking you to join me in rejecting the partisan loyalties and rhetoric that divide and dehumanize us,” Amash wrote in a Washington Post op-ed posted yesterday morning. “I’m asking you to believe that we can do better than this two-party system — and to work toward it. If we continue to take America for granted, we will lose it.”

Amash, one of the most fiscally conservative member of Congress, has increasingly been at odds with the GOP. In May, he became the first and only Republican in Congress to call for the impeachment of President Donald Trump. And in June, Amash stepped down from the once-ideologically conservative, now steadily more partisan House Freedom Caucus.

But Amash has always displayed a brand of politics that largely rejected a neat party definition ― whether it be Republican, Democratic or, most accurately, Libertarian.

In his op-ed, Amash quoted extensively from George Washington’s farewell address, in which the first president warns against political parties and calls partisanship the people’s “worst enemy.”

Amash pointed out that Washington said partisanship “opens the door to foreign influence and corruption, which finds a facilitated access to the government itself through the channels of party passions.”

“True to Washington’s fears,” Amash wrote, “Americans have allowed government officials, under assertions of expediency and party unity, to ignore the most basic tenets of our constitutional order: separation of powers, federalism and the rule of law. The result has been the consolidation of political power and the near disintegration of representative democracy.”

Amash has long shown discomfort with the trajectory of the Republican Party as it abandons its calls for fiscal conservatism in favor of Trump’s high deficits, as it places a sense of security over liberty, authoritarianism over limited government, and nativism, racism and xenophobia over equal opportunity.

Amash began his op-ed by pointing out that his father was a Palestinian refugee whom America welcomed. He said both his parents were Republicans, and he ran for office ― first as a state legislator in Michigan and then as a congressman representing the Grand Rapids area ― as a Republican.

“In recent years, though, I’ve become disenchanted with party politics and frightened by what I see from it,” Amash wrote. “The two-party system has evolved into an existential threat to American principles and institutions.”

Amash was already facing a primary challenge from a number of Trump-friendly Republicans, including state Rep. Jim Lower, state Rep. Lynn Afendoulis, former Sand Lake Village Trustee Tom Norton and potentially a number of other businessmen from the area.

He’ll now face reelection as an independent if he decides to try and keep his congressional seat. Amash has also been considering a run for president. “I haven’t ruled anything out,” he said in June.

Congratulations Mr. Amash for staying with your convictions and good luck with your re-election bid!