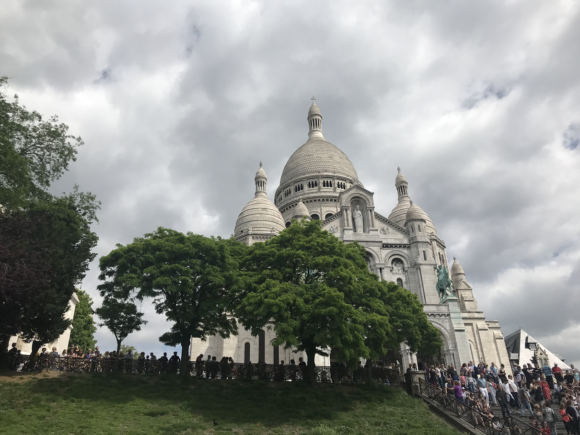 Our hotel in Paris is very comfortable and attractive.  The photo below is the view we wake up to each morning.

Elaine and I spent the bulk of our day at the Basilica of the Sacred Heart of Paris or simply Sacré-Cœur  that is located on the summit of the Montmartre, the highest point in the city.  Montmartre is primarily known for its artistic history and as a nightclub district. Many artists including Amedeo Modigliani, Claude Monet, Pierre-Auguste Renoir, Edgar Degas, Henri de Toulouse-Lautrec, Pablo Picasso, Camille Pissarro, and Vincent van Gogh, lived and/or had studios here. Sacré-Cœur is the dominant structure in the area.

As described in a brochure, the inspiration for Sacré-Cœur’s design originated in 1870, at the proclamation of the Third Republic, with a speech by Bishop Fournier attributing the defeat of French troops during the Franco-Prussian War to a divine punishment after “a century of moral decline” since the French Revolution, in the wake of the division in French society that arose in the decades following that revolution, between devout Catholics and legitimist royalists on one side and democrats, secularists, socialists, and radicals on the other. This schism in the French social order became particularly pronounced after the 1870 withdrawal of the French military garrison protecting the Vatican in Rome to the front of the Franco-Prussian War by Napoleon III, the secular uprising of the Paris Commune of 1870-1871, and the subsequent 1871 defeat of France in the Franco-Prussian War.   Today the basilica is asserted to be dedicated in honor of the 58,000 French citizens who lost their lives during the war, however the decree of the Assemblée Nationale 24 July 1873 voting its construction, specifies that it is to “expiate the crimes of the Commune.”

Regardless of its history and its dedication, it is a magnificent church both inside and out.  Its location on the top of Montmatre makes it visible throughout Paris.  Beautiful mosaics dominate the walls of the interior with a massive one of Jesus in the ceiling (Christ in Majesty), done by Luc Oliver-Merson in 1922.

I highly recommend a visit here when in Paris, 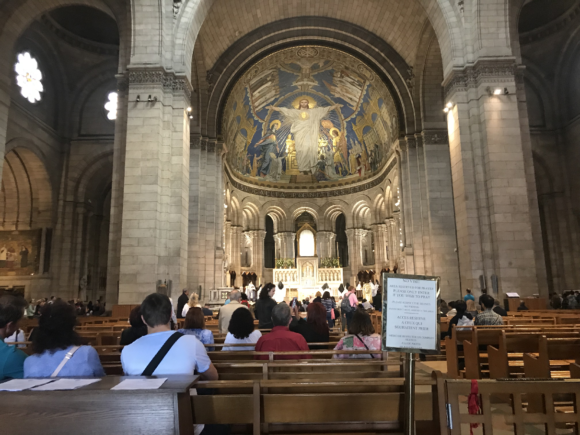 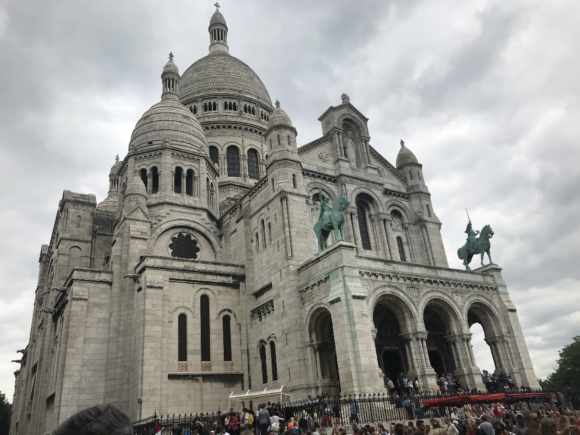 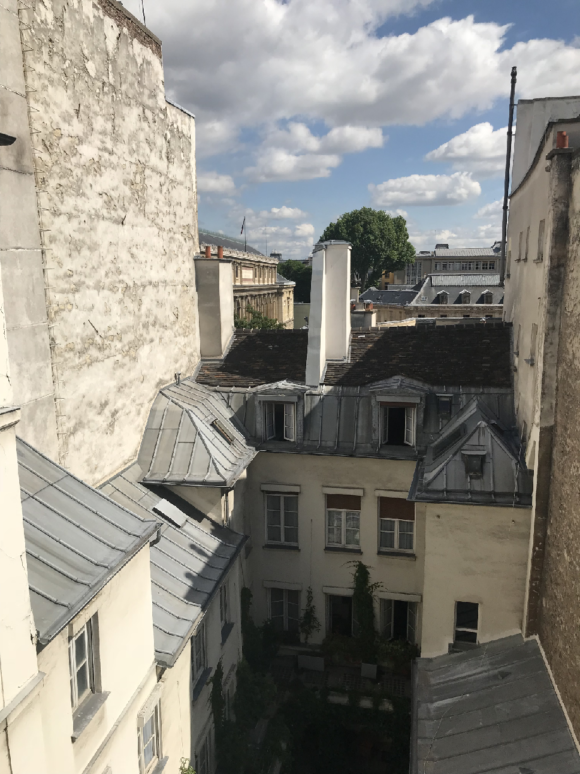 View from Our Hotel Room