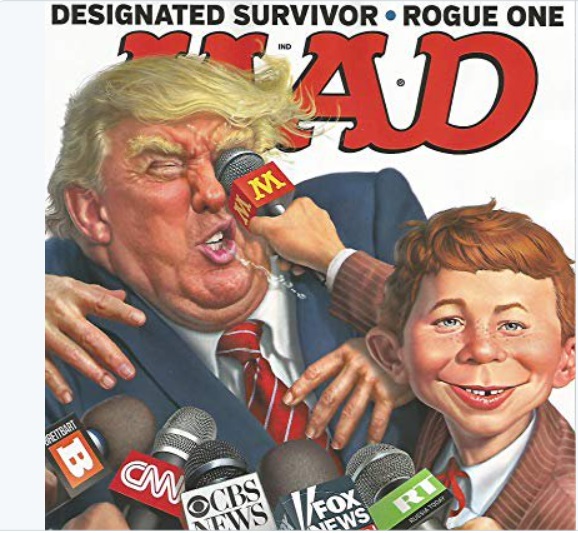 President Donald Trump came up with a nickname yesterday for Democratic presidential candidate Pete Buttigieg: Alfred E. Neuman — the freckle-faced, gap-toothed nerdy cover boy of Mad Magazine. But Buttigieg came back with his own zinger, slying dinging the 72-year-old president’s age, saying the outdated reference was a “generational thing.”

Trump told Politico Friday that “Alfred E. Neuman cannot become president of the United States,” when he was asked in a phone interview what he thought of the mayor of South Bend, Indiana.

Asked later about his new moniker, Buttigieg, 37, said he had “to Google” the reference to the mascot of a humor magazine launched in 1952.

“I guess it’s just a generational thing. I didn’t get the reference. It’s kind of funny, I guess,” said Buttigieg.

He added that he was “surprised” Trump wasn’t “spending more time trying to salvage this China deal.”

Trump loves degrading his political opponents with nicknames.  He should look in the mirror at the fat, orange-haired clown he has become.