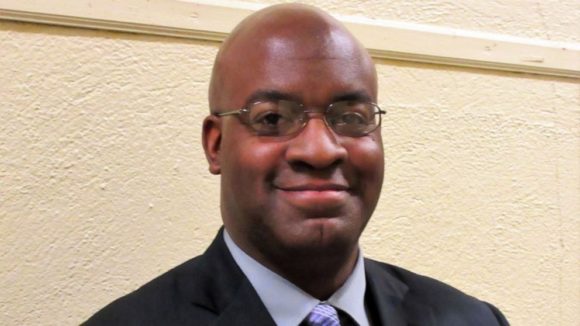 Westfield High School Principal Derrick Nelson, 44, died Sunday after he lapsed into a coma during a bone marrow donation procedure, according to NJ.com. His bone marrow went to a 14-year-old boy in France.  As reported:

“He couldn’t speak” as he was lying in a hospital bed after the procedure,” his father, 81-year-old Willie Nelson, said. “His eyes were open and he realized who [family members] were. But he couldn’t move. He never spoke again.”

Derrick Nelson couldn’t go under general anesthesia for the procedure because of sleep apnea, which makes sedation extremely dangerous, according to Inside Edition.

Nor were doctors able to draw blood from his arms either because he carried the trait for the sickle cell anemia blood disorder.

Instead, they put Nelson under local anesthesia and extracted cells from his bone marrow and sent them to the boy in France.

According to the Mayo Clinic, the most serious risk associated with donating bone marrow stems from the use and effects of anesthesia during surgery.

Nelson had served as Westfield High’s principal since February 2017. Before that, he was the vice principal of Westfield Junior High School. He also had been a member of the Army Reserve for more than 20 years, according to CBS New York.

Westfield Mayor Shelley Brindle was among those mourning his death.

“He lived his life with daily acts of selflessness and kindness, so it’s a tremendous loss and people are reeling from it,” Brindle told reporters. “He just lived a life of service above self, and I think there is a lesson that we’re all going to take away from his untimely passing that hopefully we can apply to our own lives.”

Besides his father, Nelson is survived by his mother, Juanita, his fiancé, Sheronda, and the couple’s 6-year-old daughter, according to NJ.com.

A funeral will be held later at St. John’s Baptist Church in Scotch Plains.

What a role model for his students and his community!