Yesterday, Attorney General William Barr sent a letter to the leadership of the House and Senate Committees on the Judiciary containing his summary of the conclusions of the report issued by Special Counsel Robert Mueller.  Barr’s letter is available below.

The letter states that “The Special Investigation did not find that the Trump campaign or anyone associated with it conspired or coordinated with Russia in its efforts to influence the 2016 US. presidential election.”  However, Mueller did not exonerate Trump from obstruction of justice. As Barr notes in his letter, “The Special Counsel states that ‘while this report does not conclude that the President committed a crime, it also does not exonerate him.'”

What this means is that Trump and the Republicans will celebrate on the news on the collusion/conspiracy section of the letter and spin the obstruction of justice part while Democrats will jump all over the “does not exonerate” part and call for hearings in the House of Representatives.  The Democrats will also call for complete disclosure of the entire report which the American people deserve. 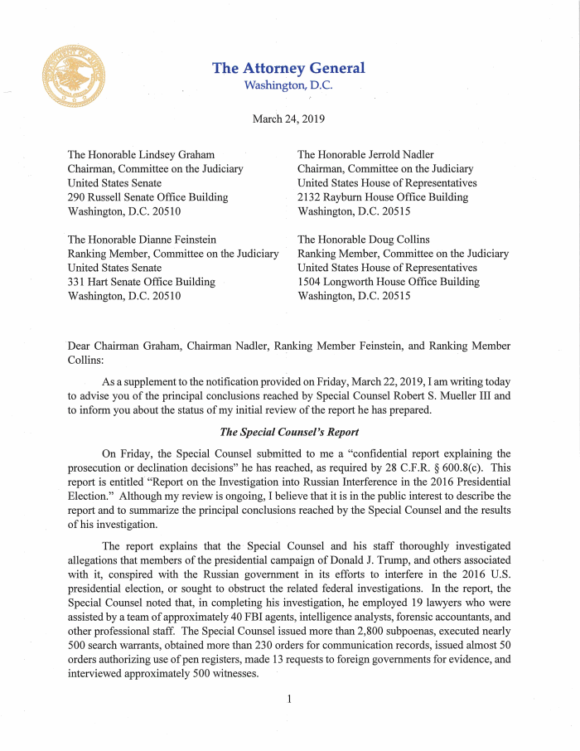 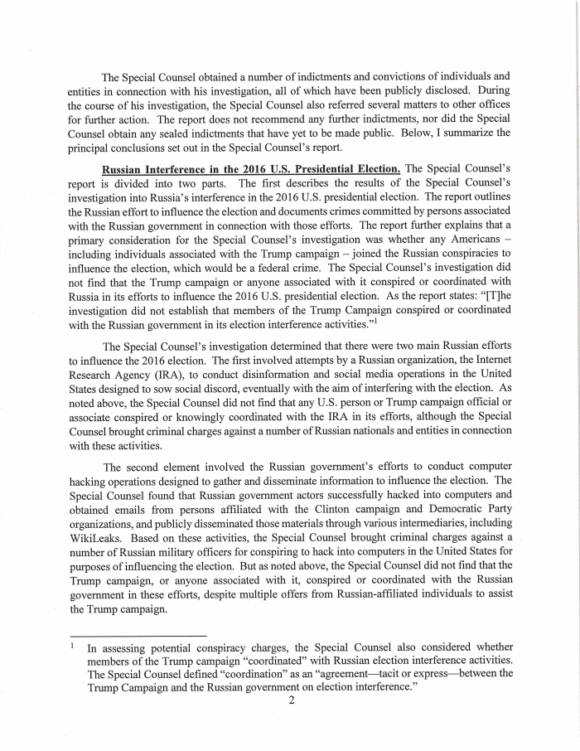 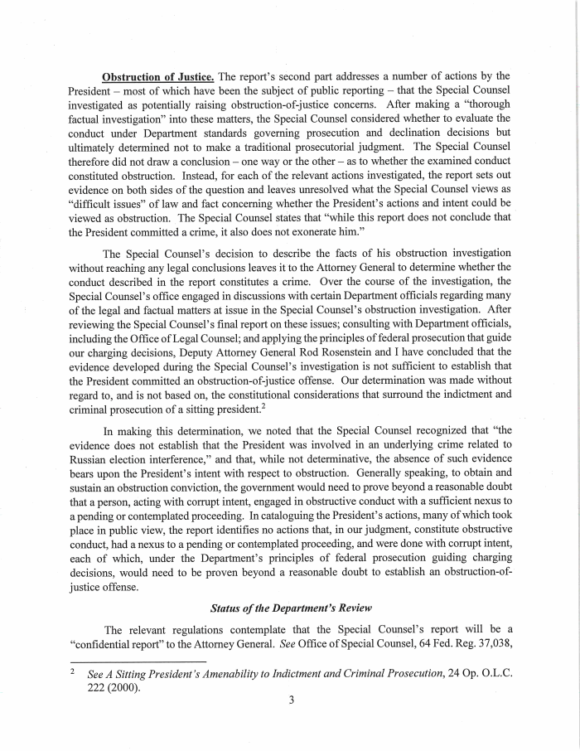 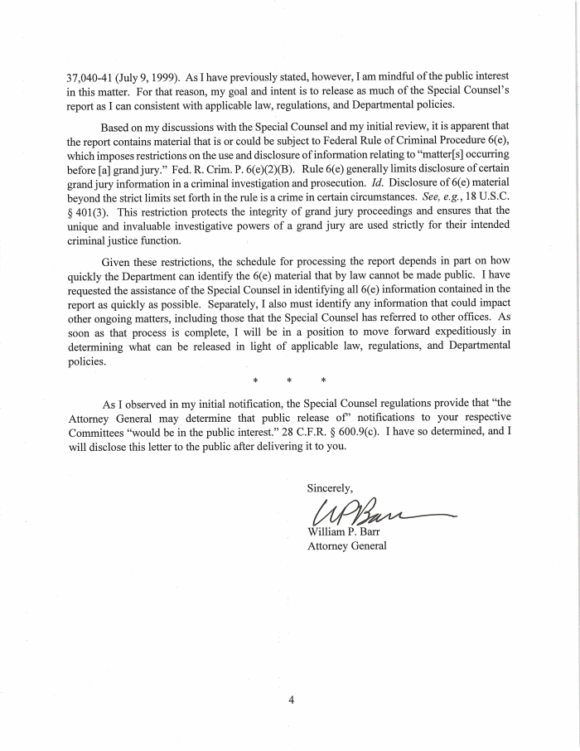