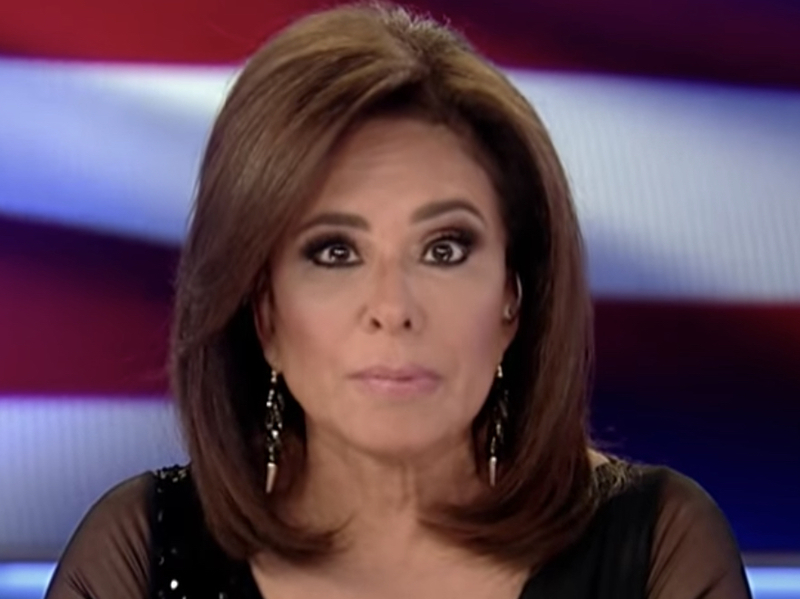 The Council on American-Islamic Relations is demanding Jeanine Pirro be fired from Fox News after she said on her Saturday program that Congresswoman’s Ilhan Omar’s hijab may be “antithetical to the Constitution.”

On Saturday, the Fox News host said Omar wears a hijab because the Koran “tells women to cover so they won’t get molested.” She also said the congresswoman’s religious dress may be “antithetical to the Constitution.”

Fox offered no details about any possible consequences for Pirro.

There was no immediate response from Omar.

The hijab attack was part of Pirro’s insinuation that Omar’s criticism of Israel must also be coming from her Sharia handlers.

In response, the Council on American-Islamic Relations, the largest Muslim civil rights organization in the U.S., demanded that Fox News fire Pirro.

“Such an open and un-American expression of religious bigotry should be rejected by any media outlet seeking even a modicum of credibility,” CAIR national executive director Nihad Awad said in a statement provided to Huffpost. “Jeanine Pirro should be fired, and Fox News should apologize to its viewing audience.”

Pakistani American Hufsa Kamal, a producer on the “Special Report with Bret Baier,” reminded Pirro that she actually works with Muslims at Fox News.

Pirro is an Islamophobe and an embarrassment and should be let go.