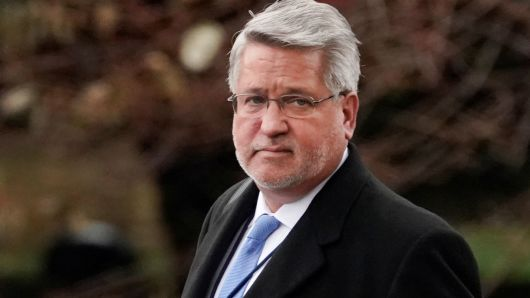 Bill Shine, the former Fox News executive who joined the White House staff last summer to manage President Trump’s communications operation, has resigned and will move to the president’s re-election campaign, the White House announced yesterday.  As reported by the New York Times and The Huffiington Post.

“Mr. Shine’s departure came as a surprise to many in the White House and was revealed as the president was on Air Force One leaving Washington.

While described by some White House colleagues as a rare adult in the room, Mr. Shine has sometimes been absent during key moments, including the president’s trip last week to Vietnam. Colleagues said he had developed little chemistry with Mr. Trump, and critics increasingly focused on Mr. Shine’s ties to Fox, where he was forced out for his handling of sexual harassment claims.

In a meeting yesterday morning with communications staff members, Mr. Shine told colleagues that he was leaving for two reasons, according to a person familiar with what took place. He said that he lived a solitary existence in Washington and missed his family, who remained in New York. But the second reason, he said, was that he had become a distraction for Mr. Trump and did not see that changing.

The White House sought to present Mr. Shine’s resignation as amicable and issued statements in the name of the president and other officials praising him. But people close to the White House described the campaign job as a way to save face.

Shine joined the White House last summer, after being forced out at Fox News in the wake of several sexual harassment scandals. Shine himself was not accused of improper conduct himself when he left in 2017, but was involved in protecting and enabling those who were, including former CEO Roger Ailes and top-rated evening host Bill O’Reilly.

The announcement comes just a few days after a startling New Yorker story detailed the symbiotic relationship between the Trump White House and Fox News. New Yorker reporter Jane Mayer characterized the Fox news as “the closest we’ve come to having state TV” in the United States.

Among the most shocking claims in the report was that Trump allegedly ordered former adviser Gary Cohn to meddle in a proposed Time Warner-AT&T merger.