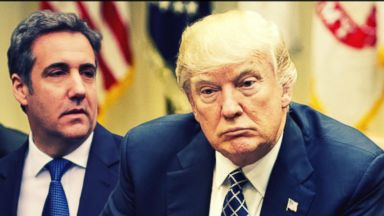 Last week, Michael Cohen’s public testimony in Congress dominated the news cycle.  We heard a good deal about Cohen’s relationship to President Trump.  Maureen Dowd in her column yesterday compared the two men to a sycophant and a sociopath.  Here is an excerpt:

First there was Ivana. Then there was Marla. Now comes trouble in paradise with Kim.

Last fall, Trump cooed that the North Korean dictator wrote him “beautiful letters” and “we fell in love,” but then the president canceled their lunch date following their disappointing rendezvous in Hanoi.

Yet all the crazy tabloid splits and international spats seem pallid in comparison to the pathetic spectacle in Congress on Wednesday: a heartbroken ex publicly and bitterly processing his relationship with Trump.

This time, it wasn’t just lust, betrayal and secrets splayed across Page Six. This time, it was in Congress, part of an investigation that could lead to legal jeopardy for the Trumps or impeachment for the president.

In his testimony, Michael Cohen called himself a “fool” when it came to Trump. “I ignored my conscience and acted loyal to a man when I should not have,” Cohen said. A fool for love, held in thrall by Trump. How could anyone be held in thrall by such a sleazy goofball, much less offer to take a bullet for him or make 500 threats on his behalf?

“It seems unbelievable that I was so mesmerized by Donald Trump that I was willing to do things for him that I knew were absolutely wrong,” said Cohen in his “Goodfellas” accent, adding that being around the “icon” was “intoxicating.”

Actually, Trump is simple, grasping for money, attention and fame. The enigma about Trump is why he cut off his lap dog so brutally that Cohen fell into the embrace of Robert Mueller and New York federal prosecutors. Trump is often compared to a mob boss, but Michael Corleone would never turn on a loyal capo, only on one who had crossed him.

The portrait Cohen drew of Trump was not surprising. It has been apparent for some time that the president is a con man, racist, cheat and liar. (i.e., : Jared Kushner security clearance.)

What was most compelling about the congressional hearing was the portrait of the sadistic relationship between the sycophant and the sociopath.”

Read the entire article.  And the media should stop comparing Donald Trump to Italian mob bosses. It is insulting to them.