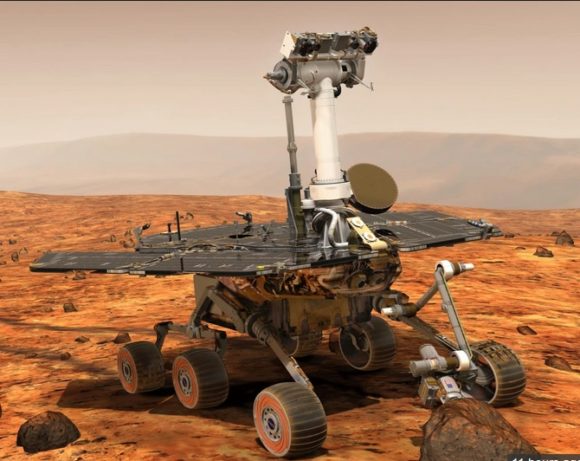 Opportunity, NASA’s Mars rover that was built to operate just three months but kept going and going, was pronounced dead yesterday, 15 years after it landed on the red planet.  The six-wheeled vehicle that gathered critical evidence that ancient Mars might have been hospitable to life was remarkably spry up until eight months ago, when it was finally doomed by a dust storm.  As reported by the Associated Press.

“Flight controllers tried numerous times to make contact and sent one final series of recovery commands Tuesday night along with one last wake-up song, Billie Holiday’s “I’ll Be Seeing You.” There was no response from space, only silence.

“This is a celebration of so many achievements,” NASA Administrator Jim Bridenstine told team members gathered at NASA’s Jet Propulsion Laboratory in Pasadena, California, for what amounted to a wake for the intrepid rover.

The golf cart-size Opportunity outlived its twin, the Spirit rover, by several years. The two slow-moving vehicles landed on opposite sides of the planet in 2004 for a mission that was meant to last 90 days.

In the end, Opportunity set endurance and distance records that are years, if not decades, from being broken.

Rolling along until communication ceased last June, Opportunity roamed a record 28 miles (45 kilometers) around Mars and worked longer than any other lander — anywhere, ever.”

Congratulations to NASA and may Opportunity rest in peace!