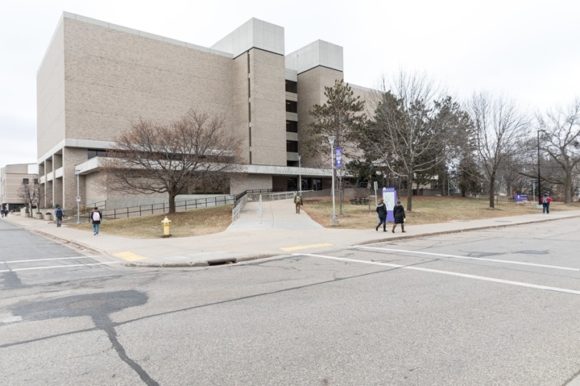 The New York Times has a featured article this morning examining the plight of liberal arts colleges in rural America that are facing enrollment declines and financial instability.  The University of Wisconsin-Stevens Point is one such institution that is weighing major changes to its degree programs.  Here is an excerpt:

“Chancellor Bernie Patterson’s message to his campus was blunt: “To remain solvent and relevant, his 125-year-old university needed to reinvent itself.”

Some longstanding liberal arts degrees, including those in history, French and German, would be eliminated. Career-focused programs would become a key investment. Tenured faculty members could lose their jobs. The University of Wisconsin-Stevens Point, Dr. Patterson explained in a memo, could “no longer be all things to all people.”

Dr. Patterson’s plan came as Stevens Point and many other public universities in rural America face a crisis. Such colleges have served as anchors for their regions, educating generations of residents.

Now student enrollment has plummeted, money from states has dropped and demographic trends promise even worse days ahead.

Universities like Stevens Point are experiencing the opposite of what is happening at some of the nation’s most selective schools, like Harvard, Northwestern and the University of California, Berkeley, where floods of applications have led to overwhelming numbers of rejected students.

But critics say that in trying to carve out a sustainable path for Stevens Point — and build a model for other struggling, regionally focused universities — administrators are risking the very essence of a four-year college experience.

“Part of the fear is, is this an attempt to really kind of radically change the identity of this institution?” asked Jennifer Collins, a political-science professor, who wondered aloud whether Stevens Point would become a “pre-professional, more polytechnic type of university.”

Kim Mueller, 21, a senior who hopes to become a history teacher at a Wisconsin high school, said her first reaction to the proposal was: “What is a university without a history major?”

The article goes on to describe similar situations at other liberal arts colleges (public and private).   In parts of the country that are have declining populations, the situation at Stevens Point will play out again and again.