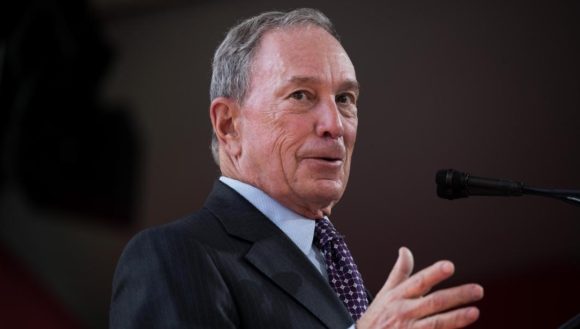 Bloomberg did not mince words and opened his message by stating:

“There are many reasons to be optimistic about 2019. The increasingly isolated man in the Oval Office is not one of them.

With the first two years of Donald Trump’s presidency drawing to a close, the past week all too perfectly exemplified its destructive effect on competent government in Washington — and it should give all Americans, in all parties, cause for concern.”

Bloomberg wrote that his major concerns include the potential for an economic nosedive triggered by what he described as Trump’s devil-may-care style of leadership.

“With other countries pleading for sanity and institutions such as the International Monetary Fund and World Trade Organization warning of severe consequences if trade sanctions get out of hand, talk of a looming recession is growing,” he said. “Yet the president seems determined to make matters worse — and to hell with the economic consequences.”

Bloomberg pointed to last week’s stock market plunge as another sign that “Trump’s recklessly emotional and senselessly chaotic approach to the job” has a real impact.

“At the halfway mark of this terrible presidency, one has to wonder how much more the country can take,” he added.

The only solution, Bloomberg said, was for the GOP to stand up to Trump.

“Unless something changes — unless, in particular, Republicans in Congress start showing some spine — two more years might be enough to test whether we can sustain Trump’s model of bad government. This past week, we got a glimpse of what the beginning of the collapse may look like — and what it may ultimately cost us.”

I would add that in addition to the Republicans in Congress, we need more Michael Bloombergs in the business community to come out publicly to denounce this president.