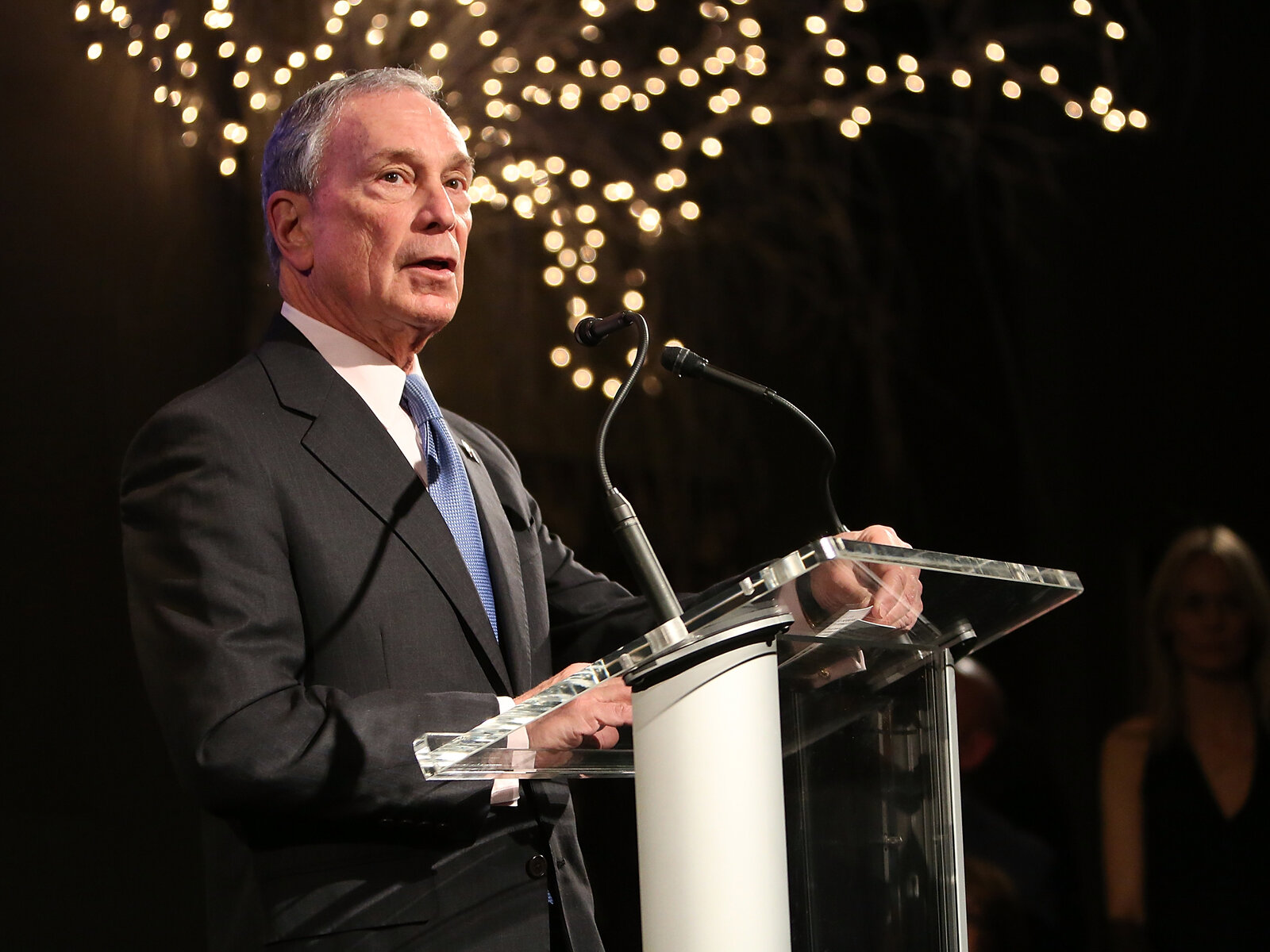 Yesterday in an op-ed in the New York Times, Michael Bloomberg, founder of Bloomberg LP, former mayor of New York City, and possible presidential candidate in 2020, announced that he was donating $1.8 billion to his alma mater, Johns Hopkins University for student financial aid.

He stated that “I want to be sure that the school that gave me a chance will be able to permanently open that same door of opportunity for others…And so, I am donating $1.8 billion to Hopkins that will be used for financial aid for qualified low- and middle-income students.”  He added that the gift would make the Baltimore university “forever need-blind,” meaning that it will be able to admit students without considering their financial need.

Mr. Bloomberg has surely raised university-giving to a new level with this gift and for such a noble and needed cause.

Here’s a simple idea I bet most Americans agree with: No qualified high school student should ever be barred entrance to a college based on his or her family’s bank account. Yet it happens all the time.

When colleges review applications, all but a few consider a student’s ability to pay. As a result, high-achieving applicants from low- and middle-income families are routinely denied seats that are saved for students whose families have deeper pockets. This hurts the son of a farmer in Nebraska as much as the daughter of a working mother in Detroit.

America is at its best when we reward people based on the quality of their work, not the size of their pocketbook. Denying students entry to a college based on their ability to pay undermines equal opportunity. It perpetuates intergenerational poverty. And it strikes at the heart of the American dream: the idea that every person, from every community, has the chance to rise based on merit.

I was lucky: My father was a bookkeeper who never made more than $6,000 a year. But I was able to afford Johns Hopkins University through a National Defense student loan, and by holding down a job on campus. My Hopkins diploma opened up doors that otherwise would have been closed, and allowed me to live the American dream.

I have always been grateful for that opportunity. I gave my first donation to Hopkins the year after I graduated: $5. It was all I could afford. Since then, I’ve given the school $1.5 billion to support research, teaching and financial aid.

Hopkins has made great progress toward becoming “need-blind” — admitting students based solely on merit. I want to be sure that the school that gave me a chance will be able to permanently open that same door of opportunity for others. And so, I am donating an additional $1.8 billion to Hopkins that will be used for financial aid for qualified low- and middle-income students.

This will make admissions at Hopkins forever need-blind; finances will never again factor into decisions. The school will be able to offer more generous levels of financial aid, replacing loans for many students with scholarship grants. It will ease the burden of debt for many graduates. And it will make the campus more socioeconomically diverse.

But Hopkins is one school. A recent analysis by The Times found that at dozens of America’s elite colleges, more students came from the top 1 percent of the income scale than from the entire bottom 60 percent of that scale — even though many of those lower-income students have the qualifications to get in.

And until recently, by some estimates, half of all high-achieving low- and middle-income students have not even been applying to top colleges — largely because they believe they can’t afford it, doubt they’ll be accepted, or aren’t even aware of their options.

As a result, they often lose out — and so do colleges that would benefit from their talents and diverse perspectives. Our country loses out, too.

College is a great leveler. Multiple studies have shown that students who attend selective colleges — no matter what their family’s background — have similar earnings after graduation. But too many qualified kids from low- and middle-income families are being shut out.

As a country, we can tackle this challenge and open doors of opportunity to more students by taking three basic steps:

First, we need to improve college advising so that more students from more diverse backgrounds apply to select colleges. Through a program called CollegePoint, my foundation has counseled nearly 50,000 low- and middle-income students about their options, and helped them navigate the financial aid process.

Second, we need to persuade more colleges to increase their financial aid and accept more low- and middle-income students. Through the American Talent Initiative (which my foundation created several years ago), more than 100 state and private schools have together begun admitting and graduating more of these students.

Third, we need more graduates to direct their alumni giving to financial aid. I’m increasing my personal commitment — the largest donation to a collegiate institution, I’m told. But it’s my hope that others will, too, whether the check is for $5, $50, $50,000 or more.

But these steps alone are not sufficient. Federal grants have not kept pace with rising costs, and states have slashed student aid. Private donations cannot and should not make up for the lack of government support.

Together, the federal and state governments should make a new commitment to improving access to college and reducing the often prohibitive burdens debt places on so many students and families.

There may be no better investment that we can make in the future of the American dream — and the promise of equal opportunity for all.