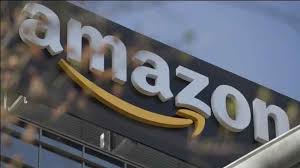 It’s official, Amazon will build two new major corporate facilities on the East Coast in New York City and Arlington, Virginia, a Washington, D.C. suburb. As described by the New York Times and other media:

“Amazon laid out its plans for two of the biggest economic development projects in the country today, announcing that it will put major  outposts in New York City and Arlington, Va.

The two locations, in Long Island City in Queens and the area around Crystal City in Arlington, just outside of Washington, will eventually house at least 25,000 employees each, the company said in agreements with the local and state governments. Amazon also said the new sites, which it is calling headquarters, would require $5 billion in construction and other investments.

The company also said it will develop a smaller site with 5,000 jobs in Nashville that will focus on operations and logistics.

Amazon, which is based in Seattle, could receive more than $2 billion in tax incentives in New York and Virginia, the company said in its announcement. Up to $1.2 billion of that will come from New York state’s Excelsior program, a discretionary tax credit. In Virginia, the company could receive up to $550 million in cash incentives from the state. Both programs are tied to the number of jobs the company creates — if Amazon’s hiring falls short of projections, the incentive payments will be smaller.

“These two locations will allow us to attract world-class talent that will help us to continue inventing for customers for years to come,” Jeff Bezos, Amazon’s chief executive, said in a statement.

Gov. Andrew M. Cuomo of New York said in a statement that “with Amazon committing to expand its headquarters in Long Island City, New York can proudly say that we have attracted one of the largest, most competitive economic development investments in U.S. history.”

The project is a “transformational opportunity to diversify the economy” of Northern Virginia, which is heavily dependent on government contracting, said Stephen Moret, president and chief executive of the Virginia Economic Development Partnership. “The majority of our entire package is a historic investment in doubling the tech talent pipeline in Virginia.”

The announcement capped a frenzied, 14-month competition among cities across the country looking to lure the tech giant for what executives had initially billed as a second headquarters, or HQ2. Many politicians saw it as an opportunity to remake their city or a neighborhood for the tech era. Critics warned against using public money to help one of the most valuable companies in the world, and of the potential for higher housing costs and traffic problems.

Instead of choosing one site, Amazon decided on two. The decision will let the company tap into the labor markets of New York and Washington and retain bargaining power with two localities for decades. In tandem, the new major sites will make Amazon one of the largest private tech employers on the East Coast and may, ever so slightly, help shift tech talent eastward, away from Silicon Valley and Seattle.”

I congratulate our elected officials who made this happen.  As a life-long resident of New York, I hope both the State and the City will plan carefully with Amazon to make its move here as graceful as possible without seriously disrupting local residents and businesses.