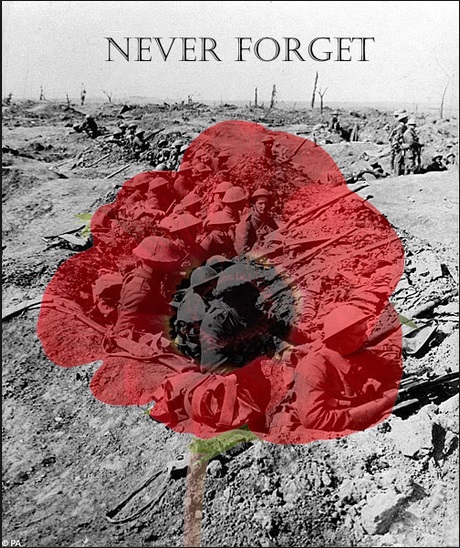 Today at  11 a.m. on the 11th day of the 11th month of 2018, scores of world leaders will gather in Paris to mark 100 years since the armistice that ended World War I entered into force, and to celebrate peace.

The total number of military and civilian casualties in World War I was approximately 41 million. There were 20 million deaths and 21 million wounded. The total number of deaths includes 9.7 million military personnel and about 10 million civilians. Below are several brief stories that The Associated Press published on Nov. 11, 1918.

WASHINGTON, MONDAY, NOV. 11 (AP) — The Armistice between Germany, on the one hand, and the Allied governments and the United States, on the other, has been signed.

The State Department announced at 2:45 o’clock this morning that Germany had signed.

WASHINGTON, NOV. 11 (AP) — The greatest war in history ended Monday morning at 6 o’clock Washington time, after 1,567 days of horror, during which virtually the whole civilized world had been convulsed.

Announcement of the tremendous event was made at the State Department at the capital at 2:45 o’clock Monday morning and in a few seconds was flashed throughout the continent by the Associated Press.

The terse announcement at the State Department did not tell anything of the scene at Marshall Foch’s headquarters at the time the Armistice was signed. It was stated, however, that at 6 o’clock Paris time, the signatures of Germany’s delegates were fixed to the document which blasted forever the dreams which embroiled the world in a struggle which has cost, at the very lowest estimate, 10,000,000 lives.

WITH THE AMERICAN ARMY ON THE SEDAN FRONT, NOV. 11, 2 P.M. (AP) — Thousands of American heavy guns fired the parting shot to the Germans at exactly 11 o’clock this morning.

The line reached by the American forces at 11 o’clock today was being staked out this afternoon.

The Germans hurled a few shells into Verdun just before 11 o’clock.

On the entire American front from the Moselle to the region of Sedan, there was artillery activity in the morning, all the batteries, preparing for the final salvos.

At many batteries the artillerists joined hands, forming a long line as the lanyard of the final shot. There was a few seconds of silence as the shell shot through the heavy mist. Then the gunners cheered.

American flags were raised by the soldiers over their dugouts and at the various headquarters.

Northeast of Verdun, the American infantry began to advance at 9 o’clock this morning, after artillery preparation, in the direction of the Ornes. The German artillery responded feebly, but the machine-gun resistance was stubborn. Nevertheless, the Americans made progress. The Americans had received orders to hold the positions reached by 11 o’clock, and at those positions they began to dig in, marking the advanced positions of the Americans when hostilities ceased.

Along the American front, the 11th hour was like awaiting the arrival of the New Year.

The gunners continued to fire, counting the shells as the time approached. The infantry were advancing, glancing at their watches. The men holding at other places organized their position to make themselves more secure.

Then the individual groups unfurled the Stars and Stripes, shook hands and cheered. Soon afterwards, they were preparing for luncheon. All the boys were hungry, as they had breakfast early in anticipation of what they expressed as the greatest day in American history.

Courtesy of the AP Corporate Archives. 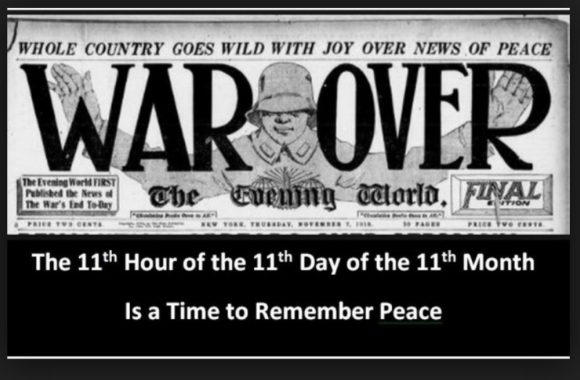 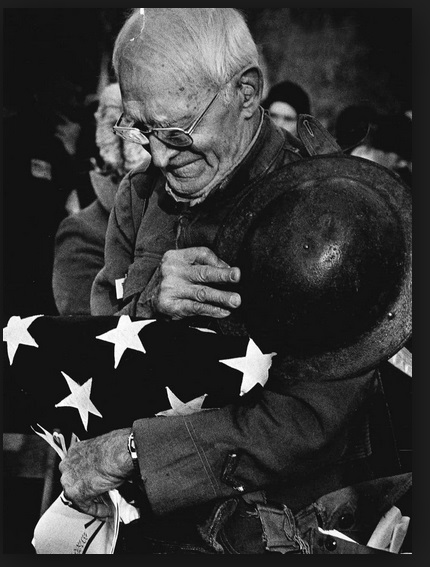 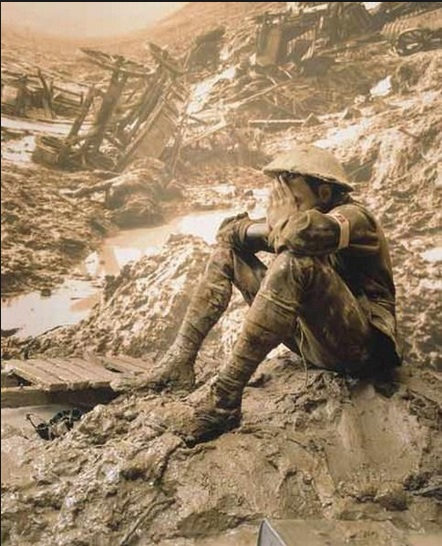 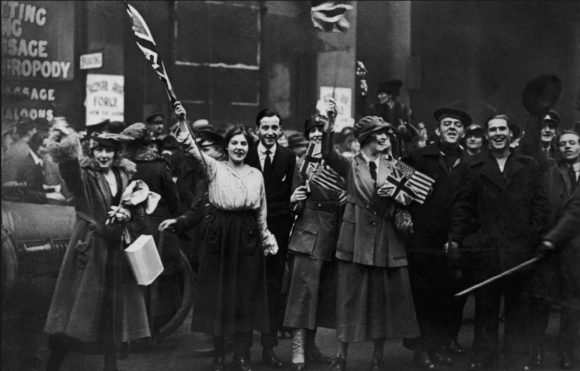 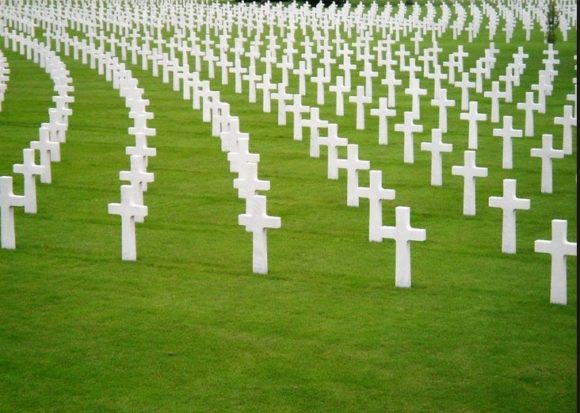