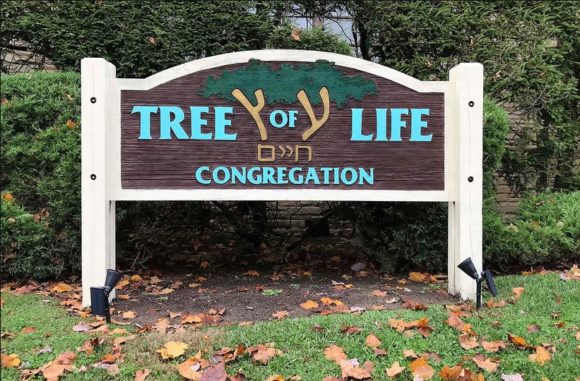 Capping off a week of violence and hate in America, a man shouting anti-Semitic slurs opened fire inside a Pittsburgh synagogue Saturday morning, killing 11 congregants and wounding four police officers and two others.  Armed with an AR-15-style assault rifle and three handguns, the assailant identified as Rob Bowers, went on a rampage in the Tree of Life Synagogue where worshipers had gathered to celebrate their faith, and shot indiscriminately into the crowd.

Mr. Bowers, 46, was injured by gunfire, although the authorities said it was unclear whether those wounds were self-inflicted or whether the police had shot him. He was in stable condition Saturday at the University of Pittsburgh Medical Center.

Federal officials charged Mr. Bowers with 29 criminal counts. They included obstructing the free exercise of religious beliefs — a hate crime — and using a firearm to commit murder. He also faces state charges, including 11 counts of criminal homicide, six counts of aggravated assault and 13 counts of ethnic intimidation.  According to KDKA, Pittsburgh’s CBS affiliate, Bowers walked into the building and yelled “All Jews must die” before opening fire. Federal officials are investigating the shooting as a hate crime.

Bowers was also an active user of Gab, a Twitter alternative that promotes itself as supporting free speech.

An account appearing to belong to Bowers — now deactivated — was littered with anti-Semitic messages. His bio on the site read “jews are the children of satan.”

The most recent post, published less than two hours before the shooting, criticized the Hebrew Immigrant Aid Society (HIAS) for its resettlement of refugees.

“HIAS likes to bring in invaders that kill our people,” he wrote. “I can’t sit by and watch my people get slaughters.”

The assault on the synagogue unfolded on a quiet, drizzly morning, and came amid a bitter, vitriolic midterm election season and against the backdrop of what appears to be a surge in hate-related speech and crimes across America. It also took place in the wake of the arrest Friday morning of a man who the authorities said sent more than a dozen pipe bombs to critics of Mr. Trump, including several high-profile Democrats.

Calling it the “most horrific crime scene” he had seen in 22 years with the F.B.I., Robert Jones, special agent in charge in Pittsburgh, said the synagogue was in the midst of a “peaceful service” when congregants were gunned down and “brutally murdered by a gunman targeting them simply because of their faith.” 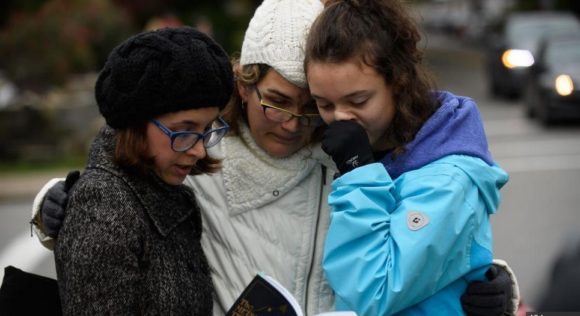 The anguish of Saturday’s massacre heightened a sense of national unease over increasingly hostile political rhetoric. Critics of President Trump have argued that he is partly to blame for recent acts of violence because he has been stirring the pot of nationalism, on Twitter and at his rallies, charges that Mr. Trump has denied.

About Saturday’s attack, Mr. Trump, addressing reporters at Joint Base Andrews, said: “It’s a terrible, terrible thing what’s going on with hate in our country and frankly all over the world, and something has to be done.”

“The results are very devastating,” he said, adding that if the temple “had some kind of protection” then “it could have been a much different situation.”

Later, speaking to reporters as he got off Air Force One in Illinois, Mr. Trump said he planned to visit Pittsburgh but he did not say when.

Leaders in the United States and across the world condemned the attack. Prime Minister Benjamin Netanyahu of Israel said he was “heartbroken and appalled” and that the “the entire people of Israel grieve with the families of the dead.”

Attorney General Jeff Sessions said that criminal charges by the Justice Department “could lead to the death penalty.”

“Hatred and violence on the basis of religion can have no place in our society,” Mr. Sessions said. “Every American has the right to attend their house of worship in safety.”

The massacre Saturday was  the third mass shooting in a house of worship in three years. Last November, a gunman killed 26 worshipers at a church in Sutherland Springs, Tex., and in 2015, a white supremacist killed nine black congregants in a church in Charleston, S.C.

There are too many of these sad, tragic days in our country! 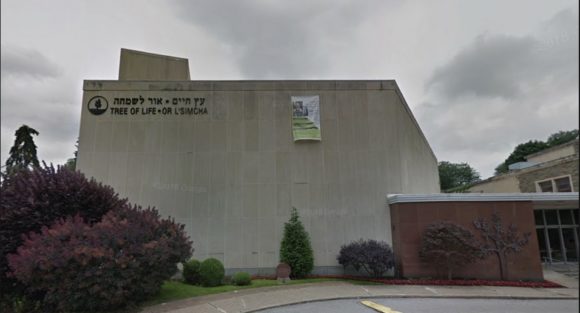