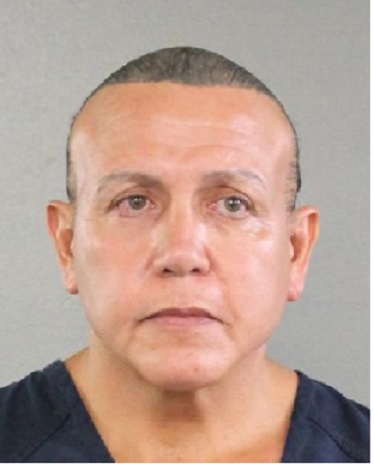 Police have arrested a suspect in connection with more than a dozen packages containing pipe bombs mailed in the past week to people critical of President Donald Trump.

Sayoc has been charged with five federal crimes ― interstate transportation of an explosive, illegal mailing of explosives, making threats against former presidents and certain other persons, threatening interstate communications, and assaulting current and former federal officers ― the Department of Justice said. He faces up to 48 years in prison.

In remarks at the White House before a youth leadership summit, Trump congratulated local and national law enforcement agencies for apprehending the suspect. The president pledged to prosecute those responsible ― “them, him, her, whoever it may be,” he said ― to the fullest extent of the law.

The development came hours after two additional packages were discovered, one addressed to Sen. Cory Booker (D-N.J.), and the other to former Director of National Intelligence James Clapper.

It appears that Sayoc was living in his van (see below) which was plastered with stickers praising Donald Trump and Mike Pence while spewing hate for Hillary Clinton, Michael Moore, CNN and others who were critical of Trump.  The New York Times has an article this morning describing Sayoc as proned to making threats, drifting from job to job and having an extensive arrest record.  Here is an excerpt:

“On Twitter, Cesar Sayoc Jr. lashed out at immigrants, gun control advocates, and prominent Democratic politicians. On Facebook, he misspelled a racial epithet, directing it at the likes of Oprah Winfrey and former President Barack Obama.

With fury in his fingers, he shared inflammatory news stories from Breitbart, hard-edge videos from Fox News, and angry posts from pages like “Handcuffs for Hillary.” He tweeted a threat to former Vice President Joe Biden. And he posted photographs of himself wearing a red “Make America Great Again” hat at one of President Trump’s campaign rallies…

…Records show he was a registered Republican; friends said he once danced as a male stripper. He also had a lengthy criminal history — he was once accused of threatening to use a bomb against a customer service representative — and led a life filled with failure. Well into middle age, he was living with his mother with no furniture, according to 2012 bankruptcy records, and he appeared to have been living most recently out of his van.

Federal officials said Friday they were still exploring questions of motive. “He appears to be a partisan,” Attorney General Jeff Sessions said at an afternoon news conference announcing Mr. Sayoc’s arrest, “but that will be determined by the facts as the case goes forward.”

And so, even as the details of a grim and bitter life began to emerge Friday, a shaken country was left to ponder what could have prompted someone full of political grievances to manufacture a slew of improvised explosive devices.Mr. Sayoc’s posts on various social media accounts in 2015 showed an obsession with workouts and night life promotion, with little to no political content. But his more recent posts are full of political rage. His Facebook account, widely pored over after media reports of his arrest, suddenly disappeared on Friday.

“We have found and immediately removed the suspect’s accounts on Facebook and Instagram,” Facebook said in a statement. “We will also continue to remove content that praises or supports the bombing attempt or the suspect as soon as we’re aware.”

Much remains opaque about Mr. Sayoc. Some of his social media posts seemed to suggest he was part of the Seminole tribe in Florida. But Lenny Altieri, a relative, said that Mr. Sayoc’s father was from the Philippines and his mother was from Brooklyn. He was raised by grandparents after having problems with his mother, Mr. Altieri said.

Mr. Sayoc had short stints in college as a young man, and had a passion for soccer, reflected in numerous soccer-themed messages on the van. He attended Brevard College, a small, Methodist-affiliated liberal arts college in Western North Carolina, for a year beginning in the fall of 1980 and played on the soccer team but did not graduate, according to a spokeswoman. He also attended University of North Carolina at Charlotte for one year starting in 1983, an official there said.Back in Florida, Mr. Altieri said, Mr. Sayoc was obsessed with bodybuilding and worked as a male stripper. He also worked as a manager for traveling “male revue shows,” said Rachel Humberger, the wife of one of Mr. Sayoc’s business partners.

Ms. Humberger said that Mr. Sayoc seemed like a friendly man, based on the short interactions she had with him, and described the shows as “Magic Mike style,” a reference to a 2012 movie about male strippers, “Magic Mike.”

More recently, she said Mr. Sayoc had been talking to her husband about starting a new business: fish farms.

Mr. Altieri said that Mr. Sayoc at one point had “a lot of money, but lost most of it.” He did not elaborate on how Mr. Sayoc had acquired it.

In August 2002, Mr. Sayoc, in a dispute with a power company over a bill, was accused of threatening to blow up the company. Mr. Sayoc was on the phone with the customer service representative and “was upset over an amount that he was being billed for,” according to records released by the Miami-Dade State Attorney’s Office. He “then stated that he didn’t deserve it and that he was going to blow up” the utility.

The customer service representative pressed an emergency button, which began recording the conversation. Mr. Sayoc stated that what he planned would be worse “than 9/11” and that he planned to blow the agent’s head off, according to the records.

When the agent said Mr. Sayoc did not want to be making such threats, prosecutors said he had replied “that he doesn’t make threats, he makes promises.” Mr. Sayoc later described his remarks as nothing more than a joke.”

In sum, Sayoc was a deranged individual living on the edge filled with rage and hate. 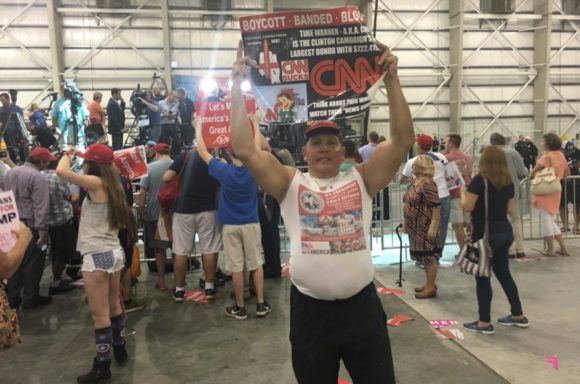 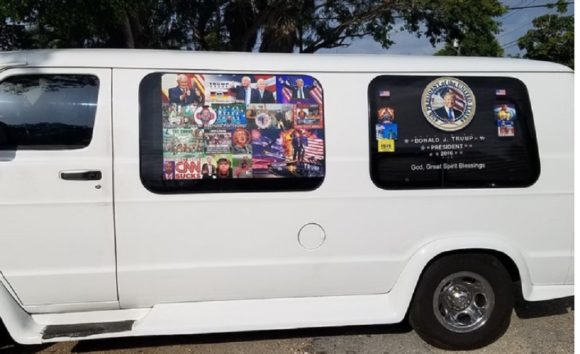