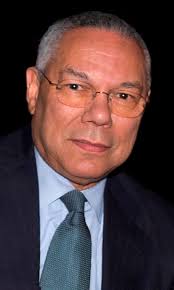 Former Secretary of State Colin Powell was on Fareed Zakaria’s talk show yesterday and called out President Trump for placing himself ― rather than the American people ― at the center of the nation.  Powell said

“My favorite three words in our Constitution are the first three words: ‘We the People…'”. “But recently, it’s become ‘Me the President’ as opposed to ‘We the People.’ And you see things that should not be happening.”

Powell criticized Trump for “insulting everybody,” from world leaders to blacks to immigrants to women, and for calling the media the “enemy of the people.”

As for immigration, “the world is watching” and it’s appalled that the Trump administration is separating migrant mothers and children, Powell warned.

“They can’t believe that we’re making such an effort to cease immigration coming into the country. It’s what’s kept us alive,” he said. “How can we be walking away from this model?”

Thank you Mr. Powell for your insight and commentary!