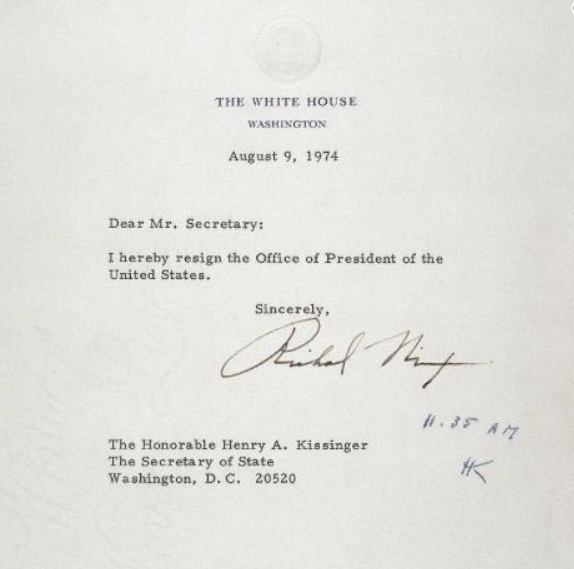 Today marks 44 years since President Richard M. Nixon resigned as president amid the Watergate scandal.   In 2014, David Graham in The Atlantic commented:

“In his immediate wake, Nixon left a shattered and confused nation, a host of spurned aides, and an accidental president. The fallout from Watergate stripped the nation of its political innocence, revolutionized executive power, and bequeathed a range of new reforms. It sent a huge new crop of politicians to Washington. It marked the American vocabulary, producing a range of new expressions and one durable naming scheme for scandals. We’re still grappling with the scandal today: In every debate about executive power or campaign-finance law or White House press management,….”

Some people have been using social media to remind President Donald Trump of the anniversary. 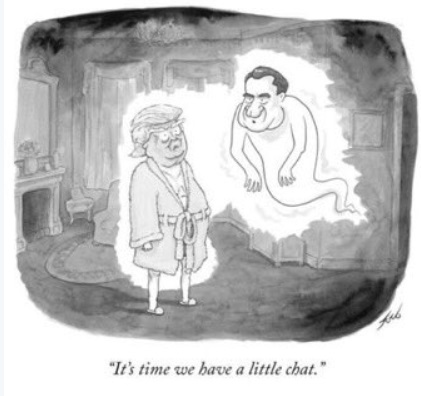