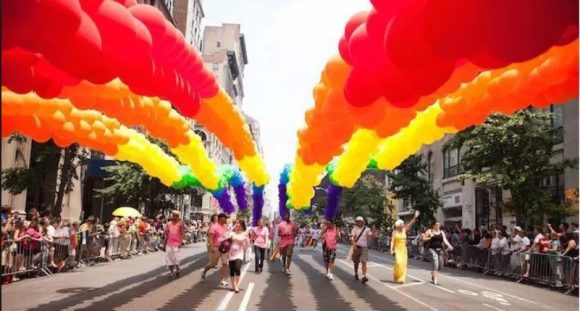 Tennis legend Billie Jean King was one of the grand marshals, along with transgender advocate Tyler Ford and civil rights organization Lambda Legal. The parade commemorates the riots that erupted in response to a police raid at a New York gay bar called the Stonewall Inn in June 1969.

The parade was both a celebration of the diversity of LGBT culture and a statement against anti-LGBT policies promoted by President Donald Trump, such as the Republican president’s attempt to ban all transgender people from serving in the military. Participants also spoke out against policies aimed at other communities, like immigrants and minorities.

“We’re making a statement that we’re here, everybody. Whether it’s immigrants, whether it’s queer people or people of color, we’re not going to put up with what this administration is doing,” said Diego Molano, of Queens, at his second pride parade. “You can’t just cage everybody up.”

Among the signs people were carrying in the parade were phrases like, “Black and brown and trans lives matter” and “No more guns.”

Ohemaa Dixon, 20, from Brooklyn, teared up as she spoke about what the parade meant to her and the joy she felt in seeing everyone come out to attend.

Before it started, Cuomo officially unveiled a New York state memorial to lesbian, gay, bisexual and transgender people that honors victims of intolerance. Placed in Hudson River Park, it has nine boulders with pieces of glass installed in them that can act as prisms and reflect rainbows in sunlight.

Cuomo formed the commission to come up with an LGBT memorial after the Pulse nightclub shooting in Orlando that left 49 people dead.

The theme of this year’s march was “Defiantly Different.”

Similar marches and parades took place in dozens of cities all over the world. 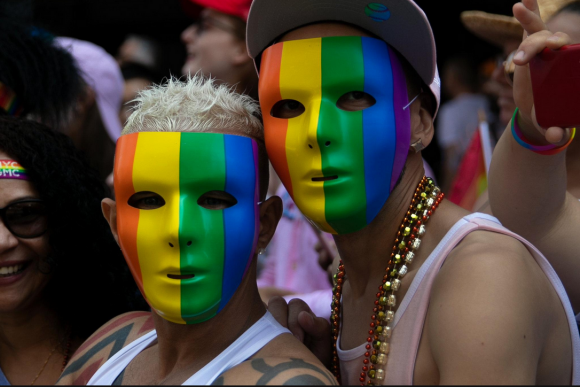 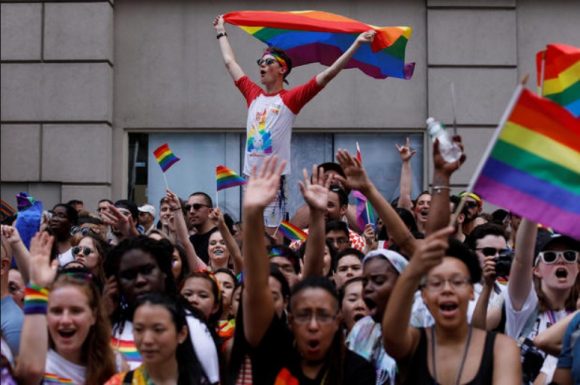 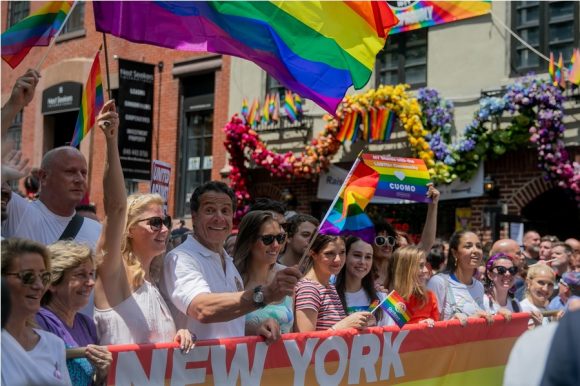